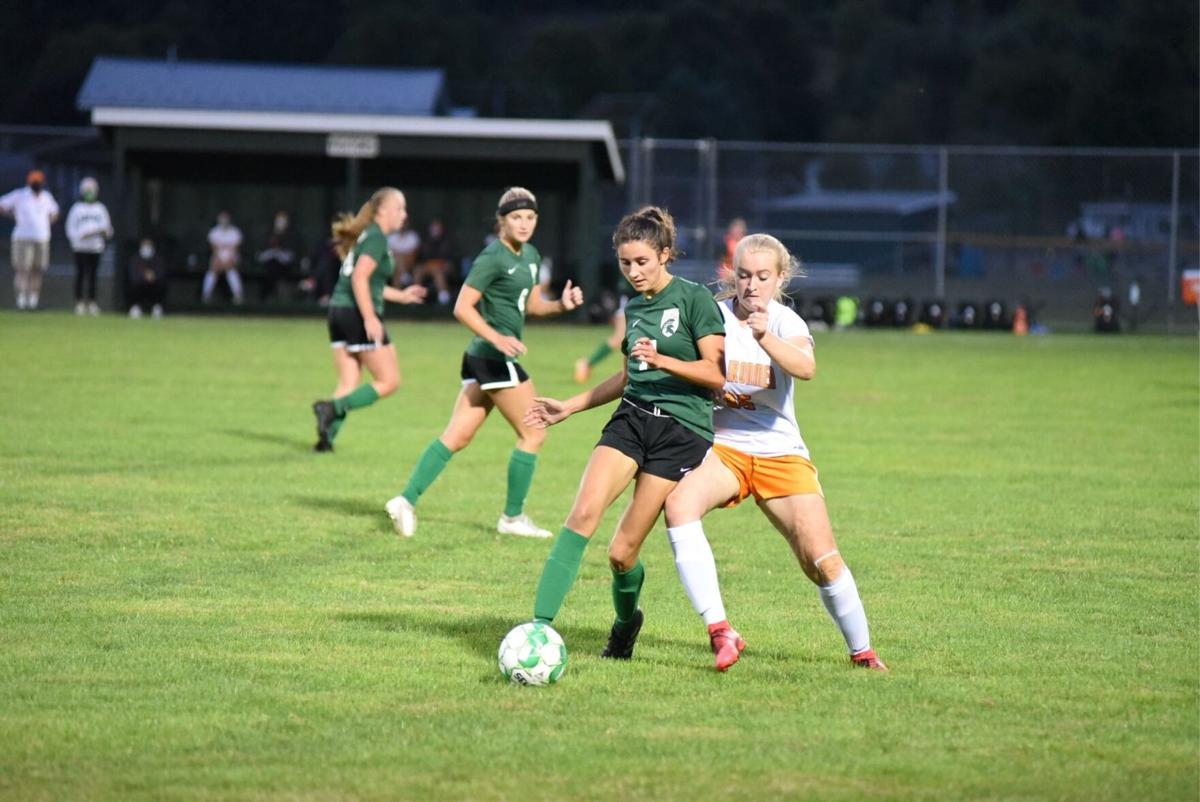 Hughesville’s Kenna Ammar-Khodja shields a defender during a game against Danville on September 16, 2020. 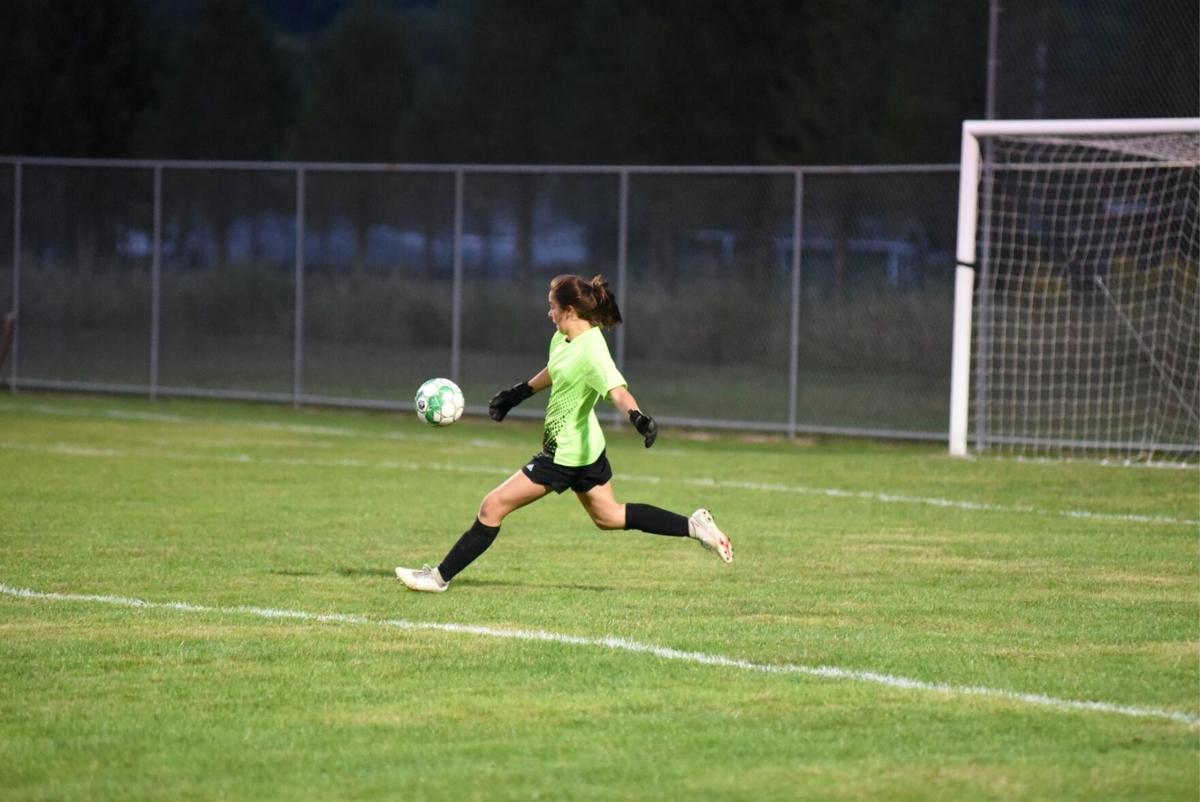 Danville’s Grace Everett played an outstanding game for Danville but just couldn’t get any offense as the Ironmen fell to Hughesville 1-0. 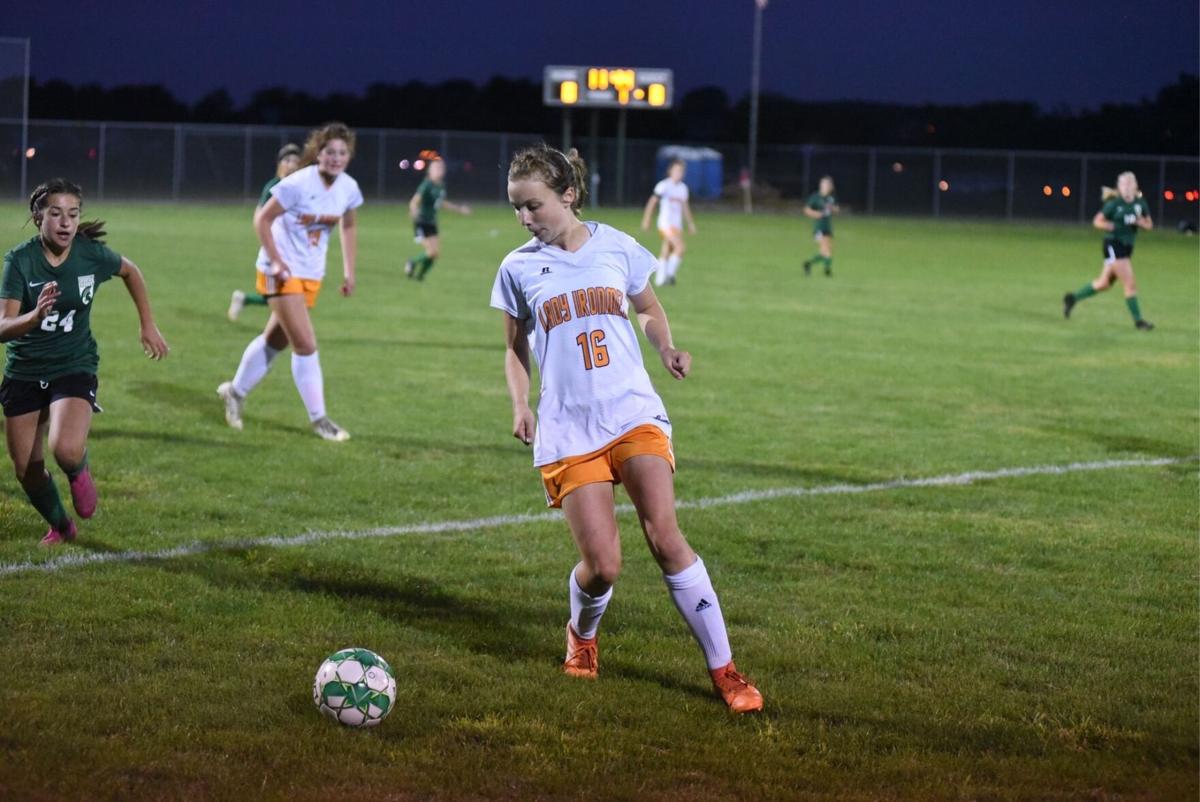 Danville’s Jill Nied collects a ball before is goes out of bounds during a game at Hughesville on September 16, 2020. 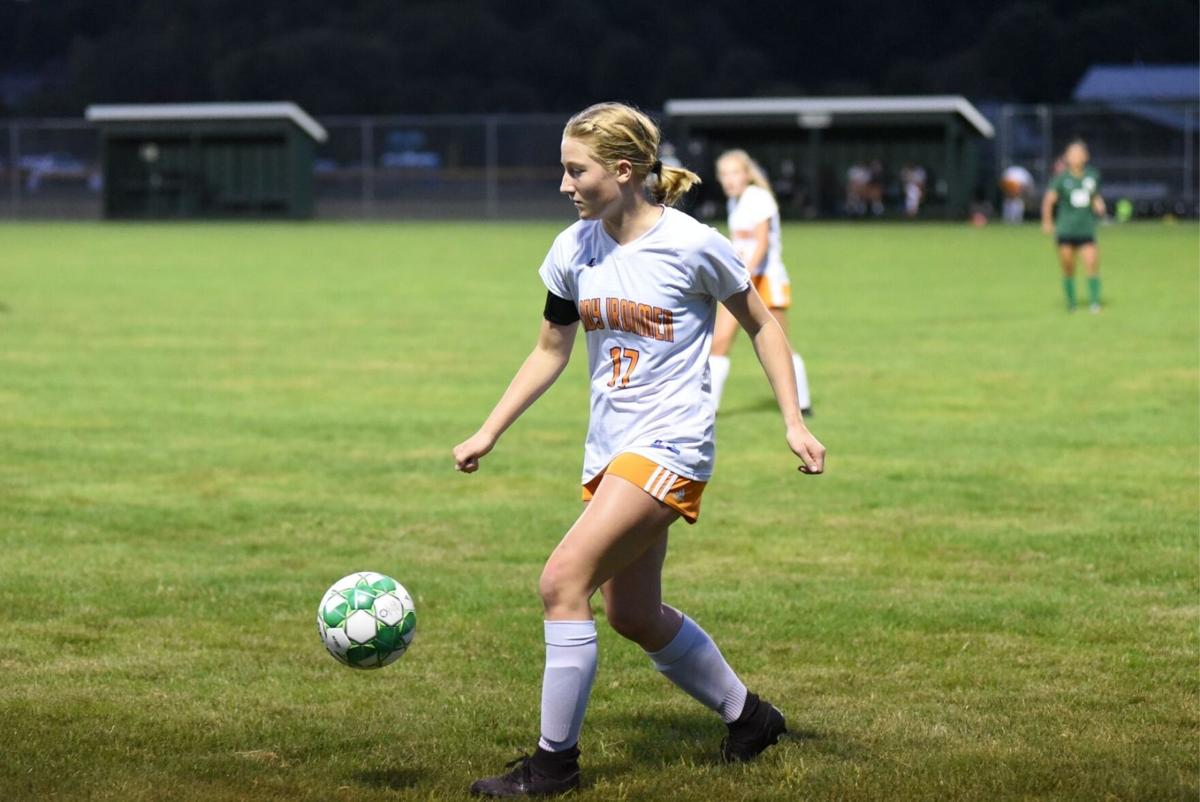 Danville’s Kendall Thompson drives a ball past midfield during a game at Hughesville on September 16, 2020. 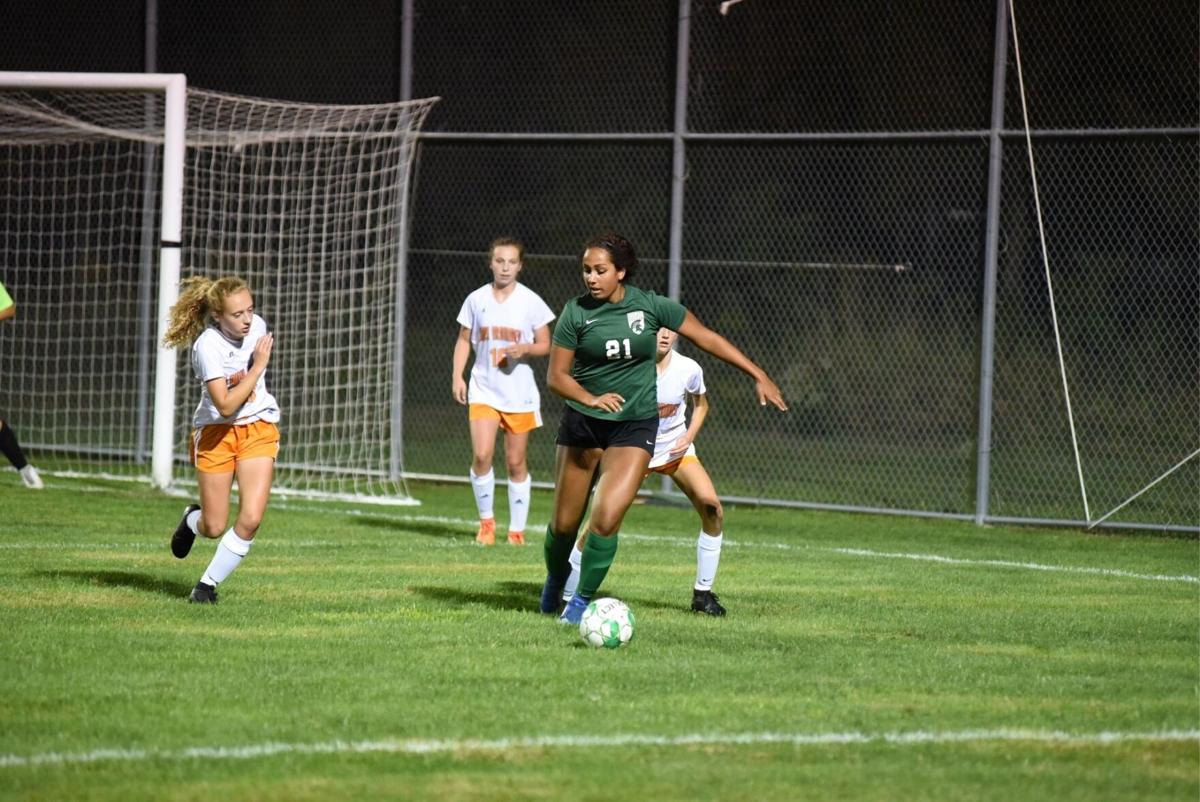 Hughesville’s Olivia Strother looks for a person in the box for a pass during a game on September 16, 2020.

Visit Northcentralpa.com for sports news and stories. Be sure to join NCPA sports on Facebook.

Hughesville, Pa.—The defenses were shining Wednesday night under the lights as Hughesville welcomed in Danville for a primetime soccer match.

The Spartans countered Danville with a strong defensive effort that limited the opposition to just two shots throughout the night. A gold in the early moment of the second half was enough as the defense limited Danville’s offense.

Hughesville was able to hold the 1-0 advantage as its defense prevented much from challenging the net. The offense pressured throughout, but it was Danville’s Grace Everett who kept the Ironmen in the game at all.

“She played phenomenal,” Danville coach Dave Tomolo said. “We had a very thin bench and we did good playing as a unit. Grace was phenomenal at goal.”

Everett stopped eight of the nine attempts Hughesville was able to put directly on goal. The one that slipped by was just an outstanding effort from a player who accounted for three of the shots on goal for the Spartans.

“After our coaches talked to us at halftime, we knew we needed to come out strong,” Ammar-Khodja said. “As a leader on the team it was nice to get one and show the girls we need to get to this level. It was awesome.”

Hughesville controlled the tempo of the game in the opening half. The Spartans challenged Everett throughout the opening 40 minutes, attacking from the wings and pushing the ball to the center.

Gillian Way had a productive first half. She recorded the game’s first shot with an attempt that went wide of the net. One of the best chances in the half came on a breakaway from Sophia Clark, who pushed the ball wide to get her team on the board.

“I was very happy to see us finally put one in the back of the net when we did,” Hughesville coach Alecia Gold said. “It was huge. We’ve been focusing a lot on keeping balls on the ground and hitting feet. The girls have done a really good job with it.”

Near the 18-minute mark of the first half Hughesville nearly cashed in when Madilyn Paulhamus collected a feed in front of a wide-open goal. She steadied herself but was forced to rush. The shot sailed high over the goal as the attempt went over the crossbar.

Danville is dealing with the loss of two key players, one being the starting keeper. Despite the losses the Ironmen were able to produce some limited chances on goal.

Chloe Hoffman, who played an outstanding overall game for the Ironmen, produced a high ball off a cross. The attempt flew over the crossbar. Hoffman also stopped a shot on goal when she headed a ball away in the second half.

Madison Sauers prevented Hughesville from extending its lead in the second half when she headed a ball away from the post. Everett made a stop on the initial attempt and Sauers were there to prevent any damage off the rebound.

Danville’s defense did a good job preventing Hughesville from extending the lead. The Spartans defense shutdown nearly everything Danville threw at them.

“We are young in the back and most of the time we were in the right position,” Gold said. “They are getting more experience every game and it’s great for them to continue to build.”