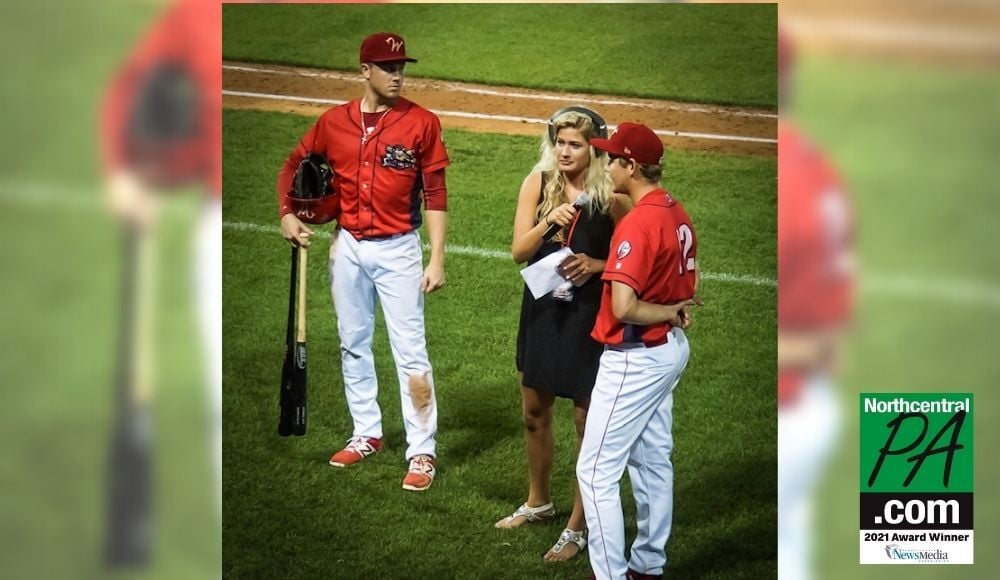 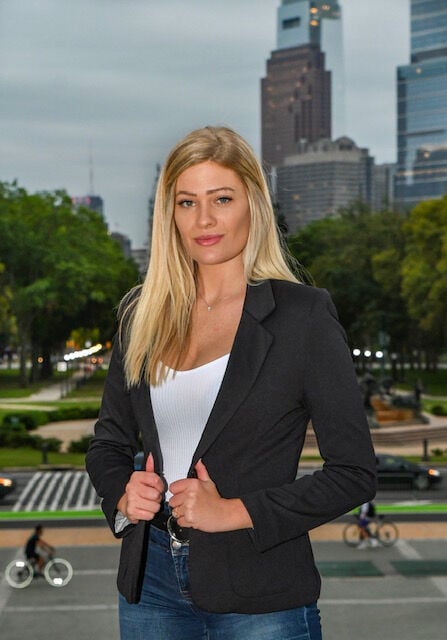 Lock Haven, Pa. -- Sports brought 2018 Lock Haven University (LHU) graduate, Samantha Wilson, to LHU in 2014. Since graduating, sports have remained an integral part of her journey, as she continues building upon the foundation laid at LHU— working tirelessly toward her goal to become a nationally-recognized sports personality.

Initially recruited to play volleyball at LHU, Wilson majored in communication with a dual concentration in journalism and electronic media. Ultimately, she opted not to play the sport that brought her from the outskirts of Philadelphia to the banks of the Susquehanna. Instead, she opted to focus her extra time and talents on assisting the LHU football and baseball teams with the creation of highlight video compilations.

Wilson also utilized her skills off campus during her time at LHU by completing an internship with local radio station Fox Sports Williamsport. There, she served as an on-field reporter covering the Williamsport Crosscutters baseball team, and also during the Central PA High School Football Game of the Week. She also performed as an update anchor during the 2016 and 2017 Little League World Series, and attended media day for the Philadelphia 76ers and Baltimore Ravens.

“LHU is right between Penn State and Williamsport, and it’s also centrally located between Philadelphia and Pittsburgh,” Wilson said.

“That makes LHU perfectly positioned to offer students interested in sports journalism a wealth of opportunities to get real-world experience and build their portfolio, which is crucial for positioning yourself for rapid career growth once you receive your diploma.”

In the three years since graduating, Wilson has advanced the professional trajectory that began at LHU as she continues building her brand and making a name for herself in the world of sports broadcasting.

Immediately after graduating, she landed a part-time producer job at 97.5 FM, The Fanatic, in Philadelphia. Months later, she was promoted, and the station trusted her with new responsibilities, including becoming an on-air personality, update anchor, and assistant producer for the station’s morning show Farzetta & Tra in the Morning.

Today, Wilson is the host of NBC Sports Philadelphia’s Down the Line with Charlie & Bo. She also co-hosts the podcast Babes on Broad through Bleeding Green Nation and SB Nation, and she is also a personality and content creator for Parx Sportsbook.

Through it all, her ultimate goal has not changed. She still aspires to become a national sports personality for a major platform or network; however, the career path she once sought of becoming a Major League Baseball on-field reporter has since diversified.

“I don’t know exactly where I see myself in five to 10 years, but — in this career — there are so many opportunities that it’s OK to not know what tomorrow has in store,” she said.

And while Wilson may not know specifically what her career will morph into in the future, there is definitely one thing she knows for sure and wants students interested in a career in sports journalism to be aware of, as well. “I am a firm believer that internships are what will set you up most for success after you graduate,” Wilson said. “Not only do you get a real taste of what the career you are pursuing will be like, but internships give you critical experience, help you build your creative portfolio and expand your professional network.”