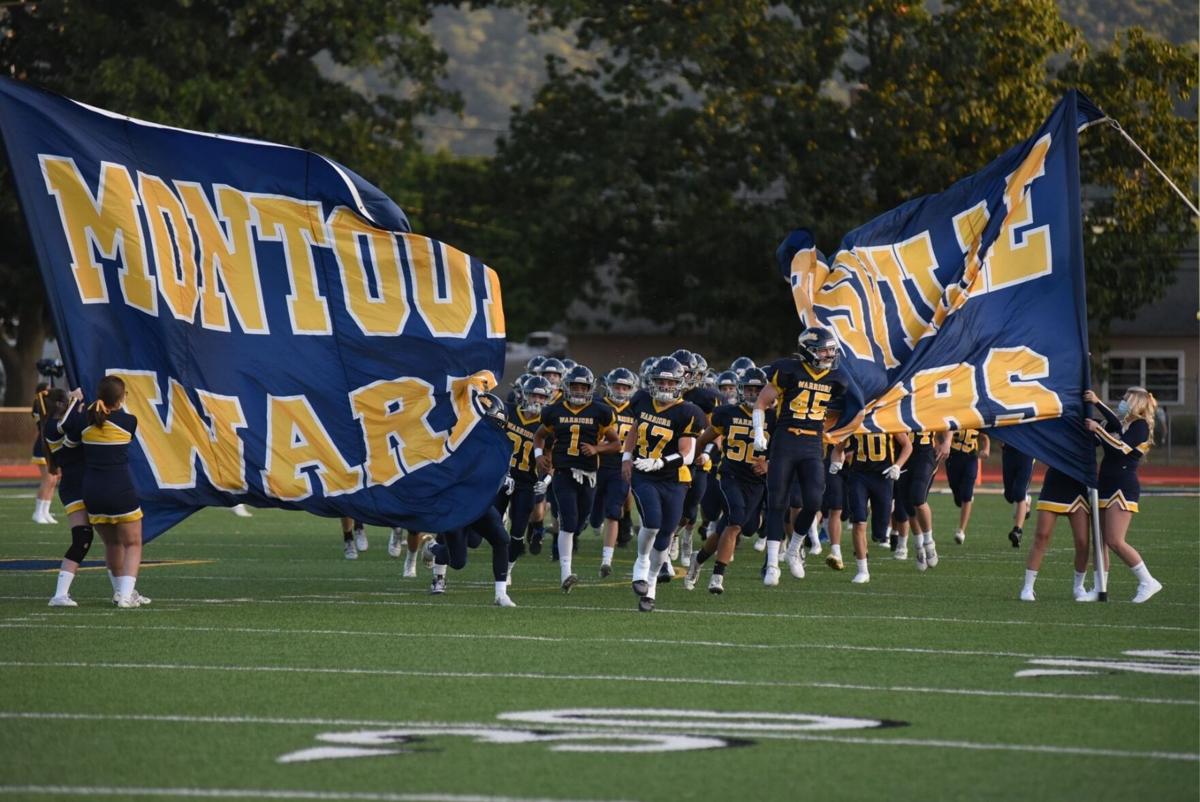 Montoursville players run out for the opening night of football on September 11, 2020. 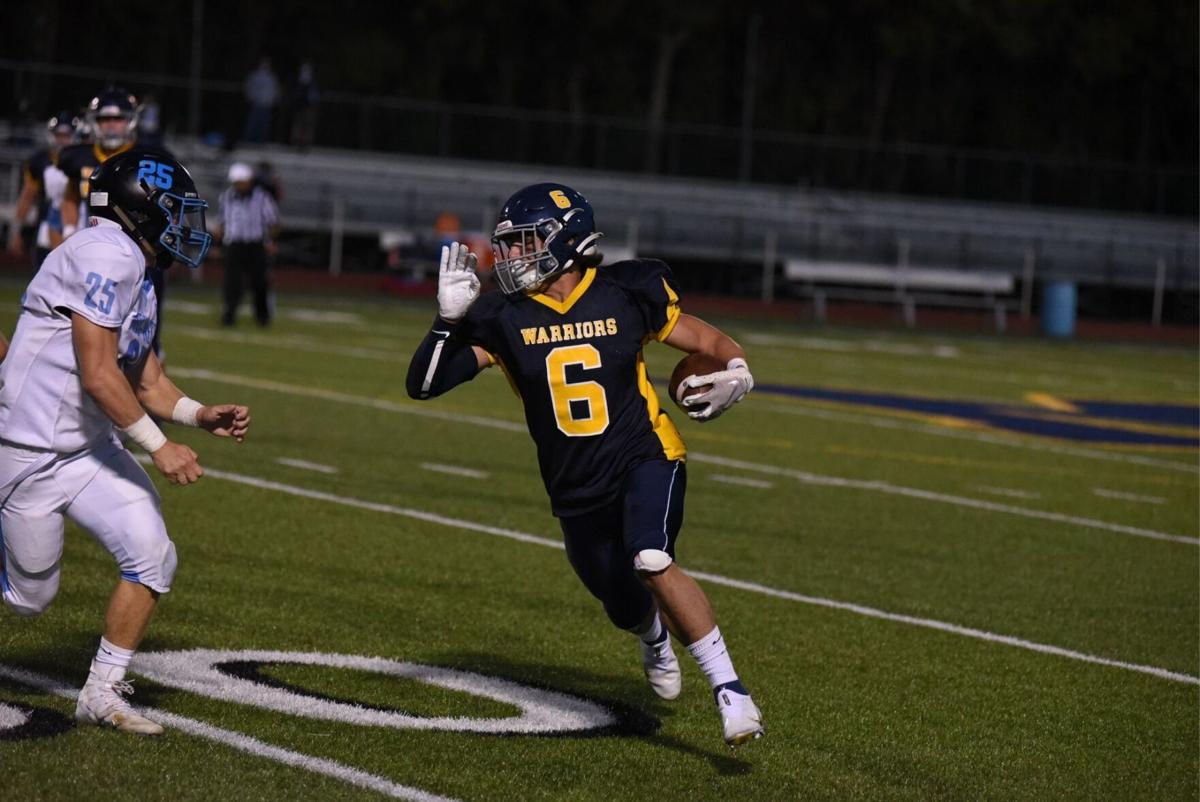 Montoursville's Rocco Pulizzi breaks off a big run during a game against Midd-West on September 11, 2020. Pulizzi rushed for 120 yards and two touchdowns as Montoursville defeated Midd-West 56-7. 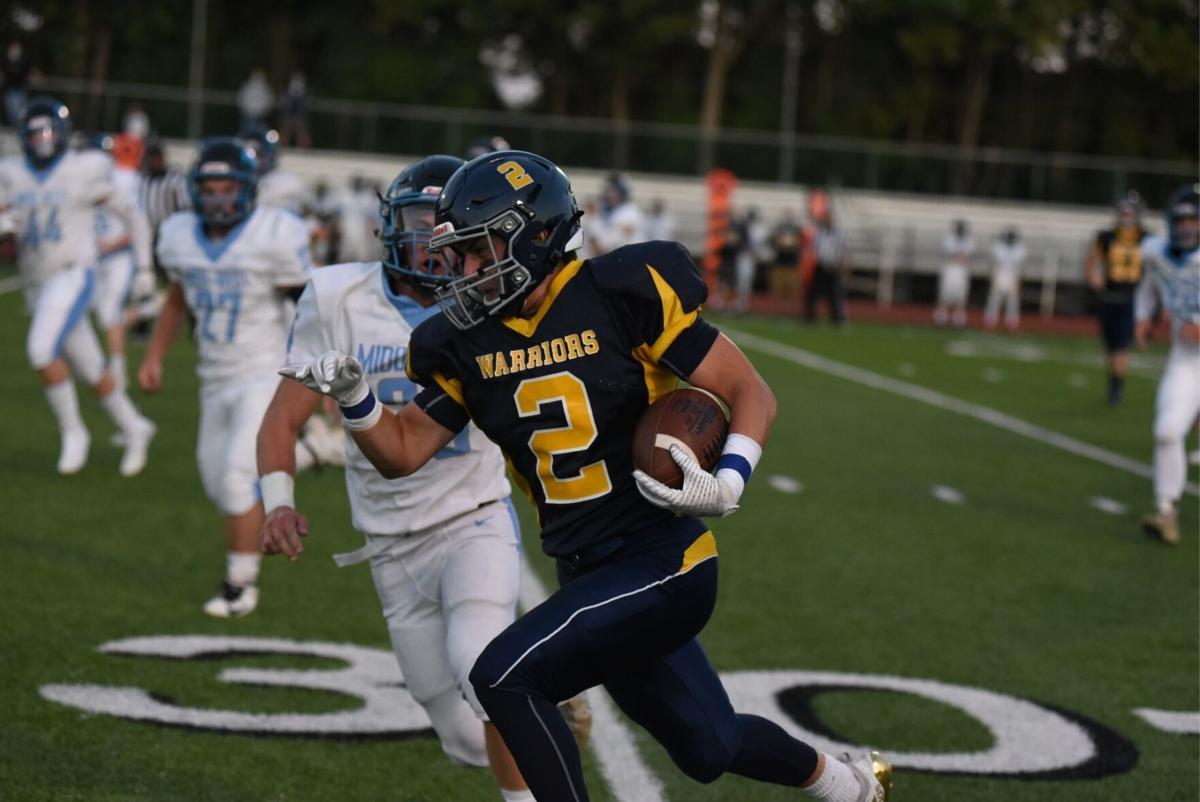 Montoursville's Dylan Moll breaks off a 47-yard touchdown during a game against Midd-West on September 11, 2020. 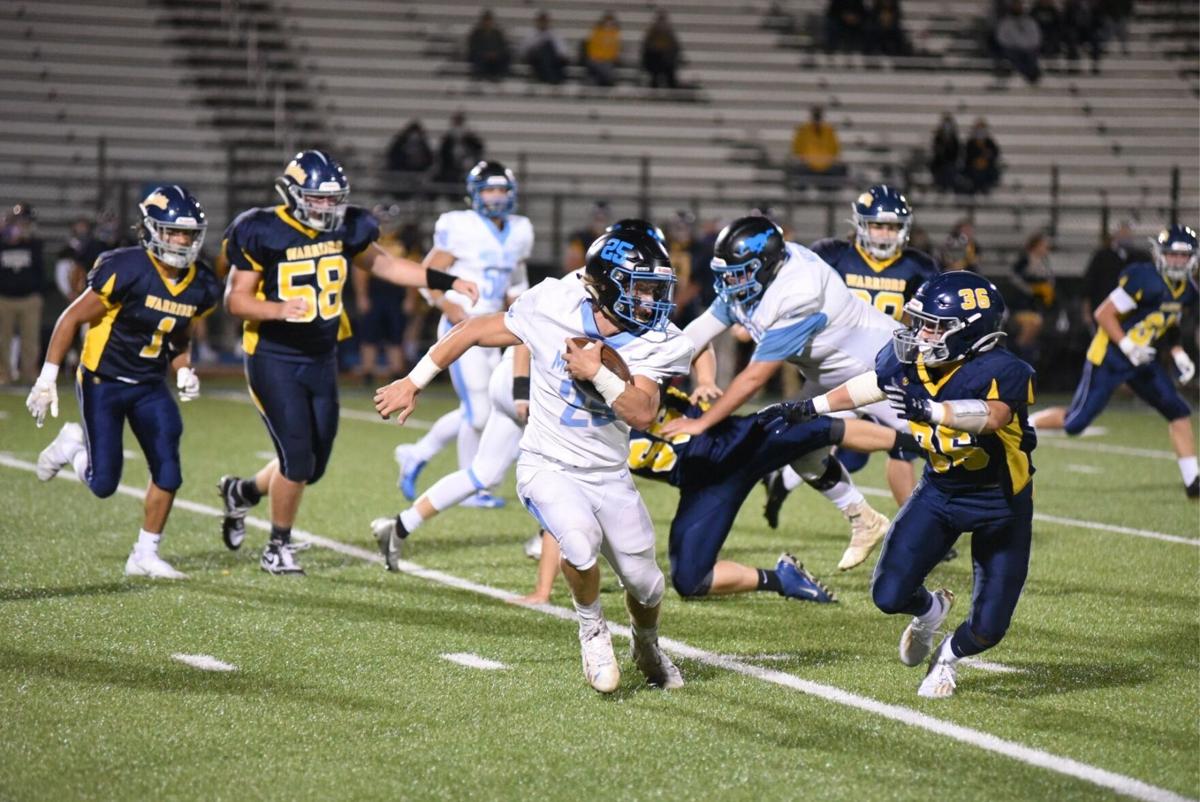 Midd-West Hunter Wolfley moves away from a Montoursville defender during a game on September 11, 2020.

Visit Northcentralpa.com for sports news and stories. Be sure to join NCPA sports on Facebook.

Montoursville, Pa.—The defensive line pressured Midd-West all night as the Mustangs found nearly everything on offense a challenge.

The Warriors’ defensive line disrupted timing on passing routes throughout the night. The pressure eventually got to the Mustangs as two costly interception returns highlighted the start of the third quarter.

The game was already out of hand, but the two interception returns acted as the final dagger as Montoursville defeated Midd-West 56-7 on the opening night of high school football.

Montoursville will head to Central Columbia next week as it looks to stay undefeated in the early portions of the season. The Blue Jays defeated Lewisburg 28-7 in their opening game of the season. Midd-West will have a week off before taking on Lewisburg for its home-opener.

Despite the unusual circumstances surrounding preparation for the game, Montoursville looked ready from the get-go as it scored on it first three possessions.

The Warriors recovered their own fumble, threw an incomplete pass, and had a run for no gain. Outside of those plays it was near perfection in the opening quarter as the they gained a 21-0 advantage.

“A lot of these kids have been waiting a long time,” Montoursville coach JC Keefer said. “I have some hungry kids. They understand what is going on and it’s their turn. They have an opportunity to keep the Montoursville tradition alive.”

It was alive and well throughout the contest, but the Warriors really showed a high level of focus at the beginning of the game.

Besides the offensive outburst that gave it a 21-0 lead, Montoursville’s defensive line pressured Midd-West to point it couldn’t complete a pass. The Mustangs went three and out on their first two possessions. The third ended with an interception form Dillon Young.

Young recorded a pick, kicked all of the Warriors’ extra points, and pulled down two passes for 41 yards.

Maddix Dalena connected on his first pass from scrimmage for a 44-yard touchdown pass to Moll. He completed 11 passes for 160 yards and two touchdowns.

Montoursville’s second scoring drive was setup when Dalena connected with two passes for 25 yards. He hit another for 18 before Moll carried the ball 47 yards for the second touchdown of the night.

“It’s hard to simulate that in practice,” Midd-West coach Brad Hatter said. “It was tough sledding for us. We just weren’t able to recover like we wanted to. We are just going to have to keep working and comeback.”

Montoursville enforced the mercy rule before the half as Rocco Pulizzi ran two scores in and Calogero Signor scored to give Montoursville a 35-0 lead. Pulizzi was outstanding for the Warriors, carrying the ball 10 for 120 yards and two touchdowns.

The Warriors final drive of the half ended when Everest Wilson jumped a route for an interception. The defensive play gave Midd-West a chance to catch its breath, but Montoursville continued to play stout ball on the line of scrimmage.

Isaiah Fenner and Marco Pulizzi picked off interceptions in the third quarter. Both were returned for touchdowns as Montoursville went up 56-0 with 2:01 still left in the quarter.

“We just wanted to make a good statement for the year,” Young said. “Even though we’re not in the same environment we normally are, we just want to play football. It’s what we love to do.”

Montoursville certainly loved the game Friday. The only point it might have had an issue with was in the fourth quarter when Christian Register completed a 40-yard bomb to Corey Reinard.

“They are quick and aggressive and when they read run, they are coming,” Hatter said. “We had some open receivers we just didn’t have enough time to get some of those passes off.”