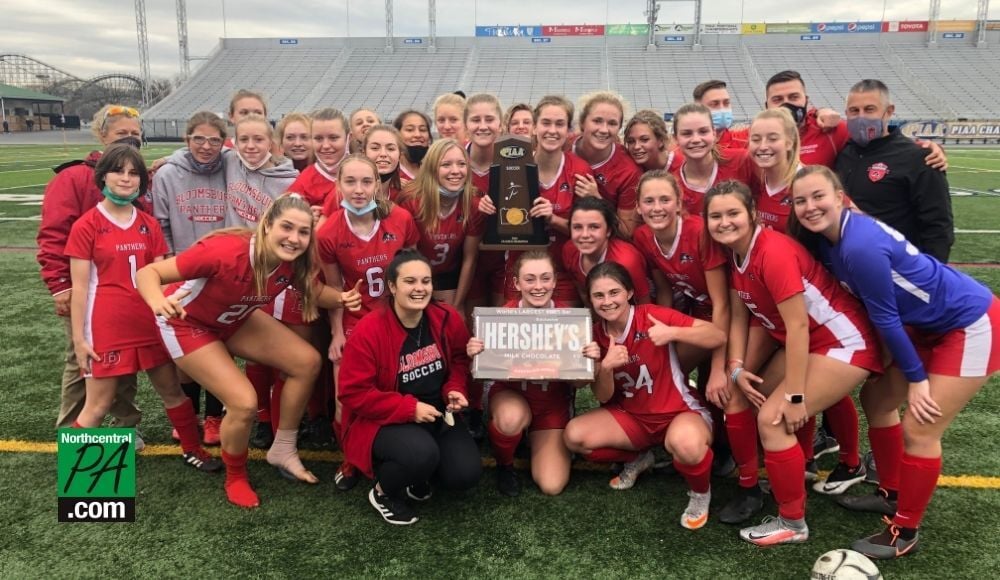 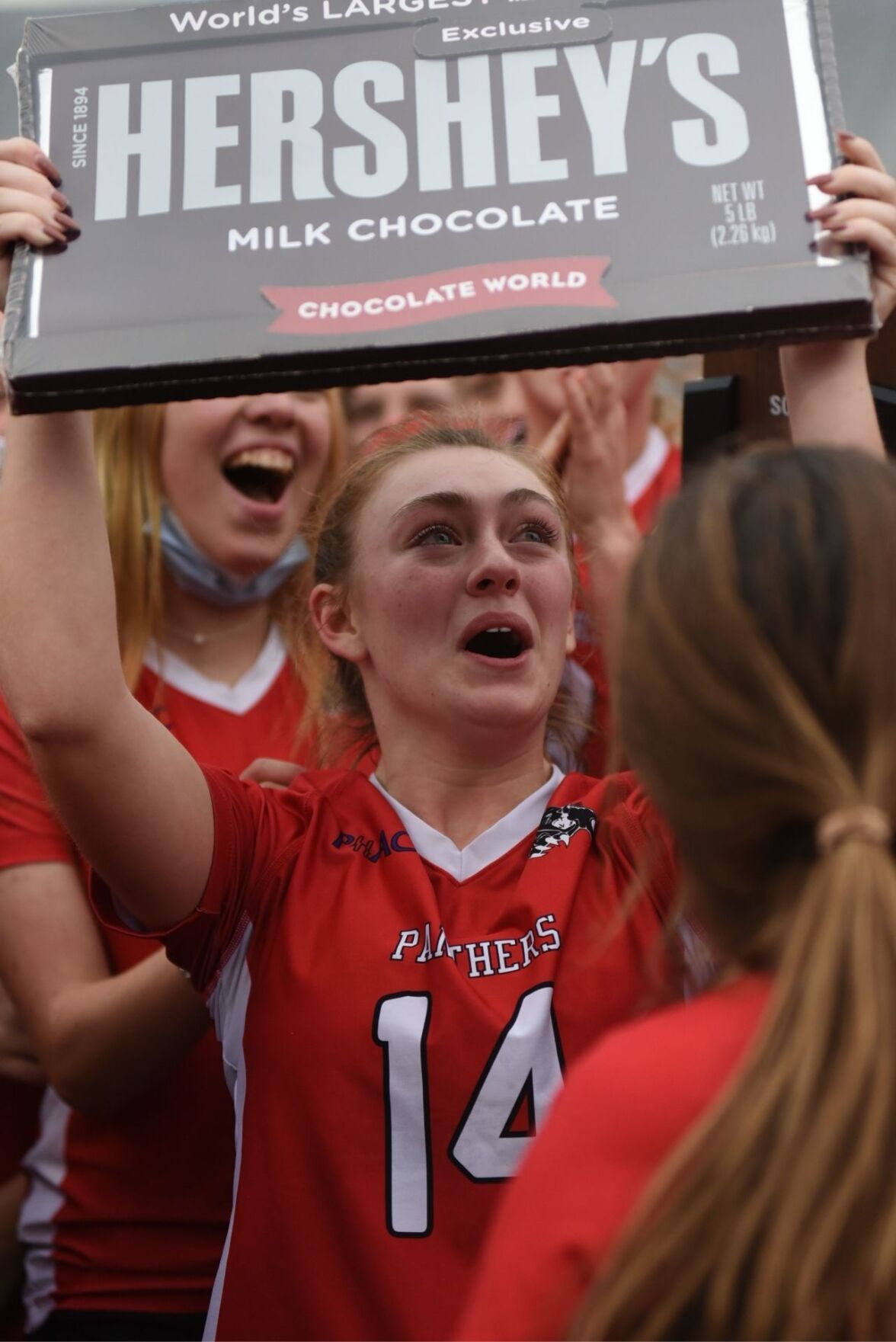 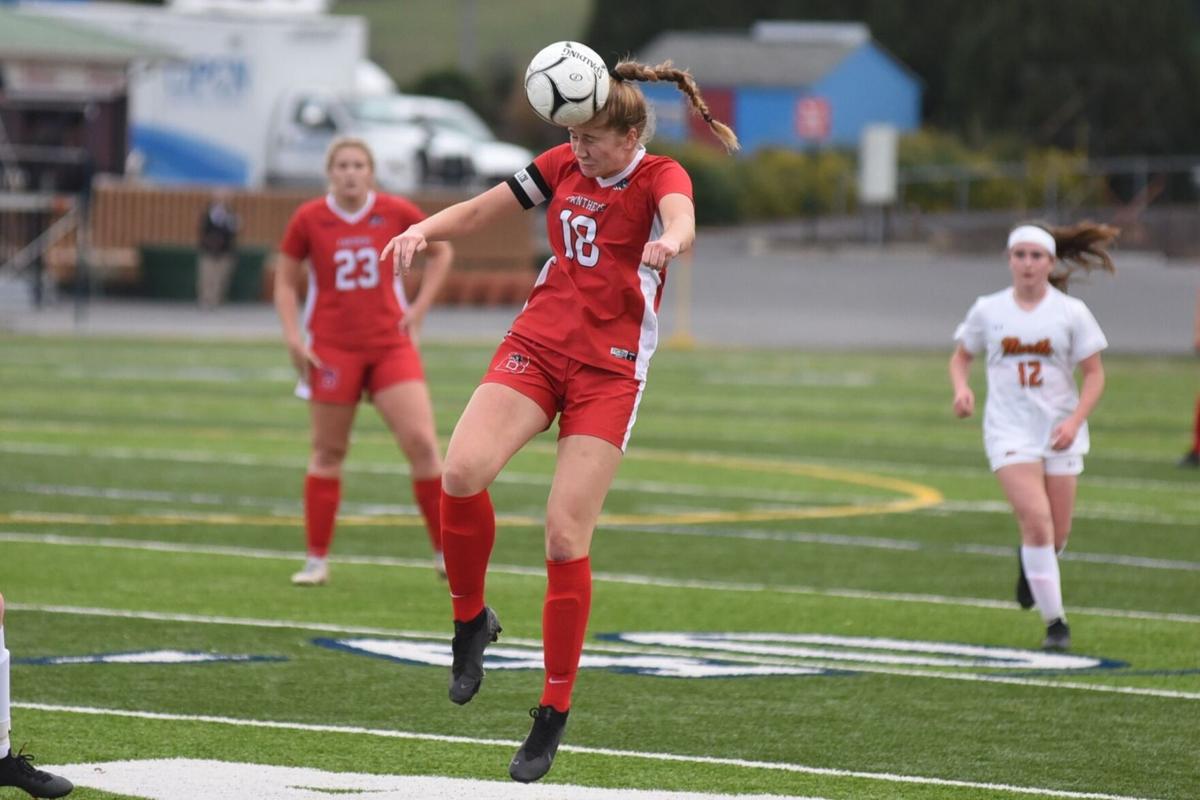 Hershey, Pa. – It was the product of outworking two defenders to create a scoring chance locked in a 0-0 tie deep in the second half.

When Rylee Klinger was pulled to the ground inside the penalty box it left the officials little options but to call a penalty kick. It was the right call.

Moments after the PK was awarded, Paige Temple, a 40-plus goal scorer on the season, buried the attempt into the far post.

The rest was up the Panthers as they closed out a masterful run to Class AA State Championship gold with a 1-0 win over District 7 Champion North Catholic.

“We’ve been working a lot with our forwards and how they play the ball,” Bloomsburg coach Aaron Flook said. “They need to win the ball. She turned her run to get herself into position to win the ball. She won it and tried to take on two defenders. When they closed in on both sides, they pulled her down. It was just her being strong and creating a play. She earned that foul.”

The defenders appeared to know they were beat and simply reacted by taking Klinger to the ground.

“I knew they were fouling me like crazy and I just kept going to the ball,” Klinger said. “She pulled me down. She was grabbing my arm. I don’t fall if I don’t have to, but she definitely pulled me down.”

Klinger knew once she hit the ground, she earned her team a chance.

“As soon as I looked up, I saw the ref signal,” Klinger said. “I knew Paige had it. Right away.”

Temple, who entered the game with more than 40 on the season, elected to go with a low shot to the far post. Once she connected with the attempt she quickly looked back in celebration.

“I was just so happy. It was just pure joy,” Temple said. “It didn’t even seem real at that moment. I’m just so happy it went in and my teammates were there in the moment.”