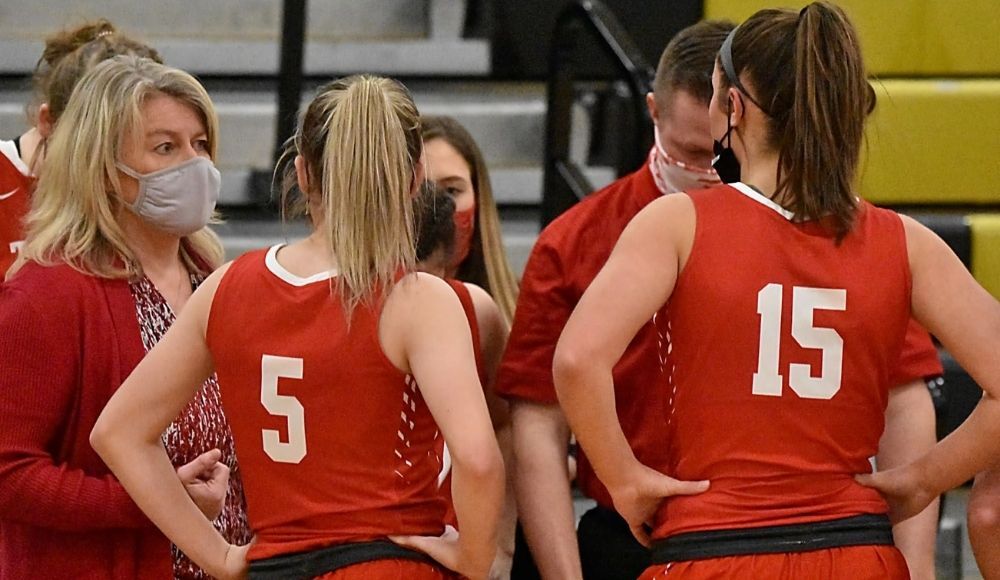 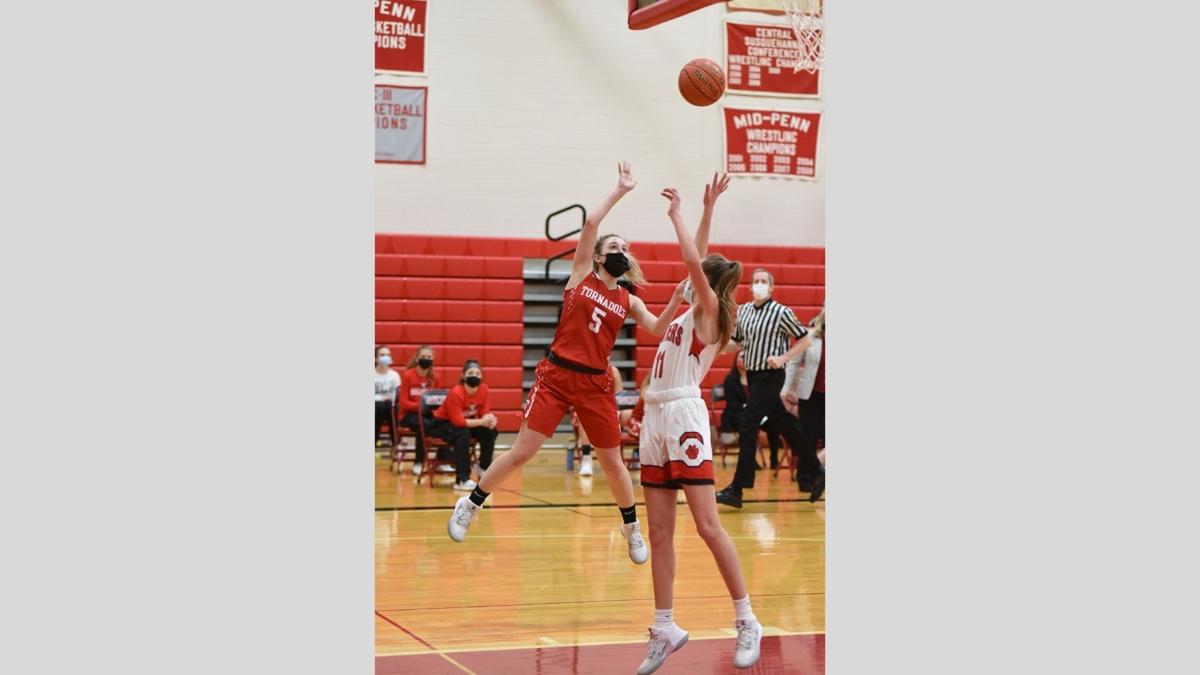 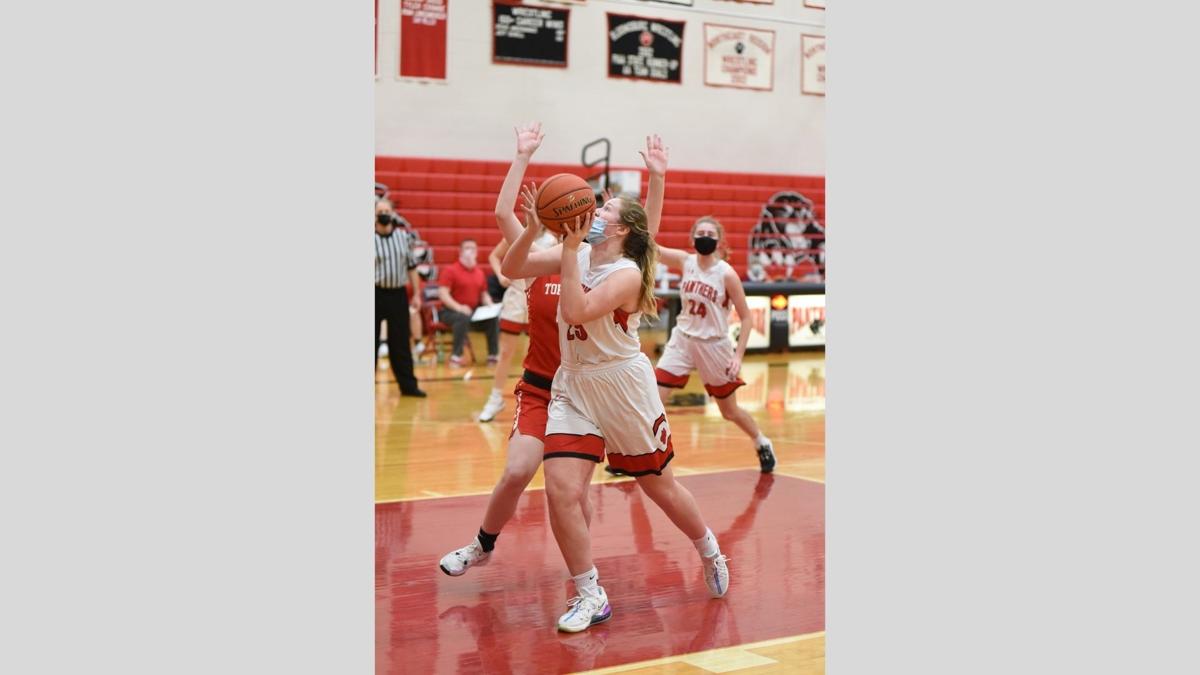 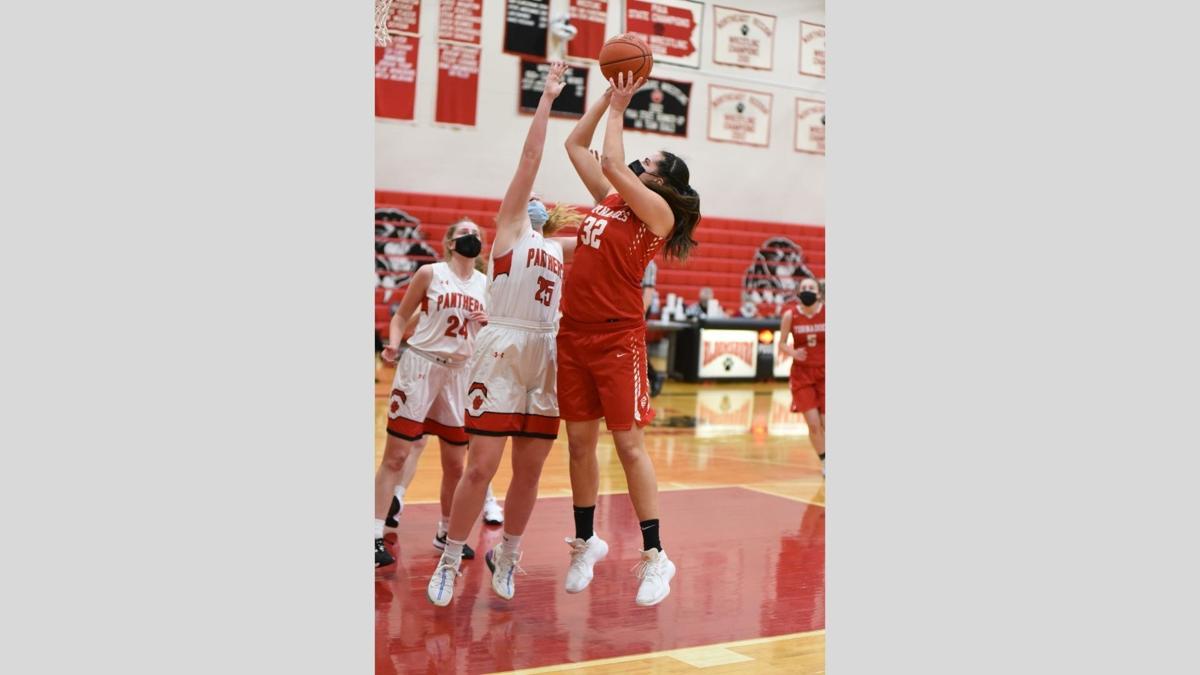 Renno had scored 20 points up to that point. Bloomsburg defended her.

Reisinger, who was 0-3 from the field on the night, got the ball in the post with the game on the line.

She connected on the late shot to give Mount Carmel a 48-47 win over the Bloomsburg. Along with handing the Panthers their first loss of the season, the shot gave Varano her 250th win in dramatic fashion.

It was a fitting way for the coach to join the exclusive club. She trusted her players late and they rewarded her. Reisinger got the boost from her coach and finished off an improbable fourth quarter run with a victory.

“I literally didn’t score the entire game and of course my two points was the game-winning shot,” Reisinger said. “It’s crazy. It’s a great feeling. We drew it up and that’s how it went out. It was just a great game.”

The Red Tornadoes trailed Bloomsburg 9-8 after the first quarter, were tied 20-all at halftime, and up two entering the fourth before Reisinger worked her magic from the post.

“She came up big in a big game,” Varano said. “For a sophomore to hold their composure like that is big. We were looking for her or Dani. It hit every part of the rim, but it dropped in. I’m happy for her.”

It seemed like just another victory for the longtime coach as she celebrated with the team after the final shot.

Varano has been a fixture on the sideline at Mount Carmel for years. She has coached daughters, all-stars, and every other type of player imaginable. She has seen it all.

Despite all the experience, Varano still coaches will passion and drive. The Red Tornadoes are always contenders. More importantly, the program has come to establish itself as class.

Varano always congratulates the opposition’s coach, win or loss. Her teams are tough but never to the point of being dirty. They compete hard, but as Friday night showed, they celebrate hard too.

“It was our third game in three nights, and we didn’t want to come in and be down a little bit,” Varano said. “It’s been a funny season. We went into this week and we had three games in three days. We only had maybe a 45-minute practice.”

They were tired, but cheers could be heard from the locker room as media members waited outside to speak with the legendary coach. As television cameras pulled players away, Varano quickly walked over to the newspaper reporters and offered to talk.

It was a small moment, but one that showed just how aware Varano is of her surroundings. She’s always willing to talk and answer questions. It might not mean a lot to the average fan or parent, but it’s that attention to the small coaching details that makes her special.

Varano’s coaching chops were on full display as the Red Tornados stayed right with Bloomsburg throughout the game Friday night.

Renno, a 1,000-point career scorer herself, might have missed out on taking the game-winner as she sucked the defense toward her on the final play. That didn’t stop her from having an impact.

Renno scored eight points in the final quarter. That included a three-point play on a make and free throw. She finished with nine rebounds and 20 points on the night.

“She’s a senior. She’s a mature player,” Varano said. “She’s been in big games before and I think that showed tonight. She held her composure and she took care of what she needed to underneath.”

Lauren Shedleski finished with 13 points. She connected on three threes for the Red Tornadoes.

Mount Carmel will look to push its win streak to four next Friday against Central Columbia. Varano will likely treat it as any other game as she looks to add win 251 to her impressive coaching resume.