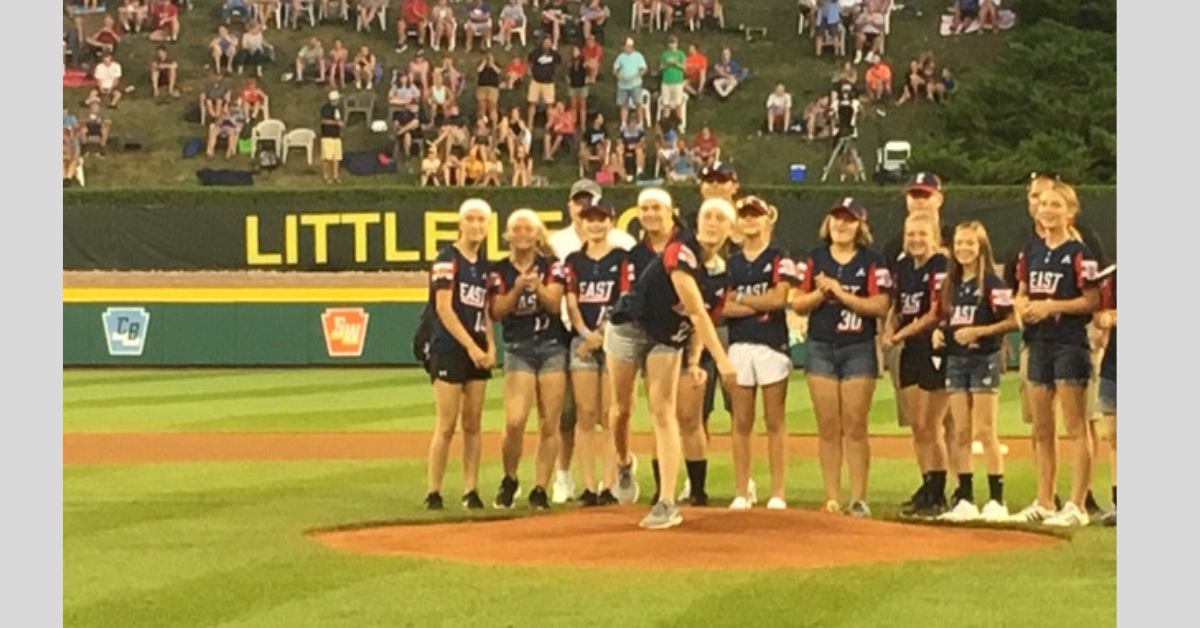 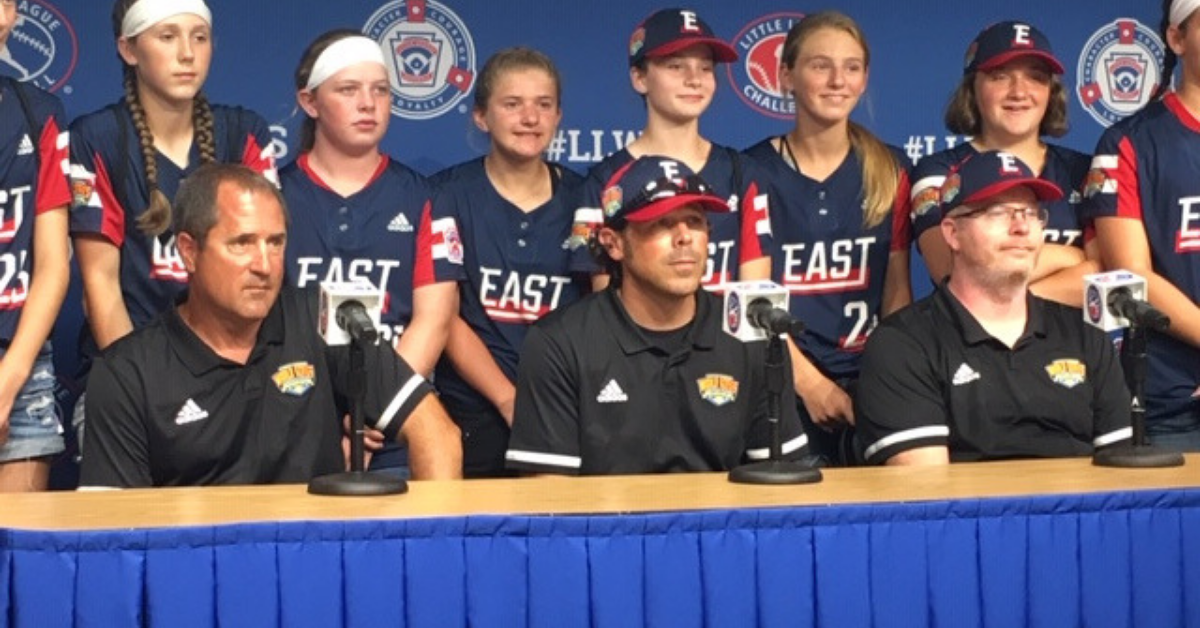 After facing the best competition the world of Little League softball had to offer, tonight the major girls from South Williamsport faced the media, and handled their first large press conference with the same ease they handled their opponents all summer long.

After getting through the typical questions, about what the successful run meant to them, the girls revealed interesting tidbits, such as, half the team had never been on a plane before, that the Hawaii team was nicest group at the World Series, and that none of the girls are excited to go back to school. Then, after one player said "what if our teachers see this"? The tune quickly changed, and they all nodded in unison and announced "we love school."

The girls had played in big games before the World Series, but being on television really made a difference. Head coach Cory Goodman admitted to reminding the girls that he was wearing a microphone and they should watch what they say. When asked if they thought, throughout the game, that they were on television, they all said "oh yeah," and they confessed to watching the replay online after the games we over.

When South's star player, Alizabeth Schuler was asked directly, "when you hit your home run, as you were rounding the bases, did you think to yourself 'that was on TV'"? The twelve year old smiled and said "yes."

The coaches were also asked, "after being surrounded by a dozen twelve-year-old girls all summer, did you ever feel your sanity slipping away"? Goodman smiled and laughed and said "when they stayed in the dorm, we (the coaches) got to stay in the hotel, so we got a little break."

A summer of fun, a summer of memories, and a summer of accomplishments these girls won't appreciate for years to come. But as for now, there's more softball to be played. They're continuing to play travel tournaments while the weather permits and will return indoors this Winter.

You might not have heard the last of this group. Maybe next summer will bring more of the same.