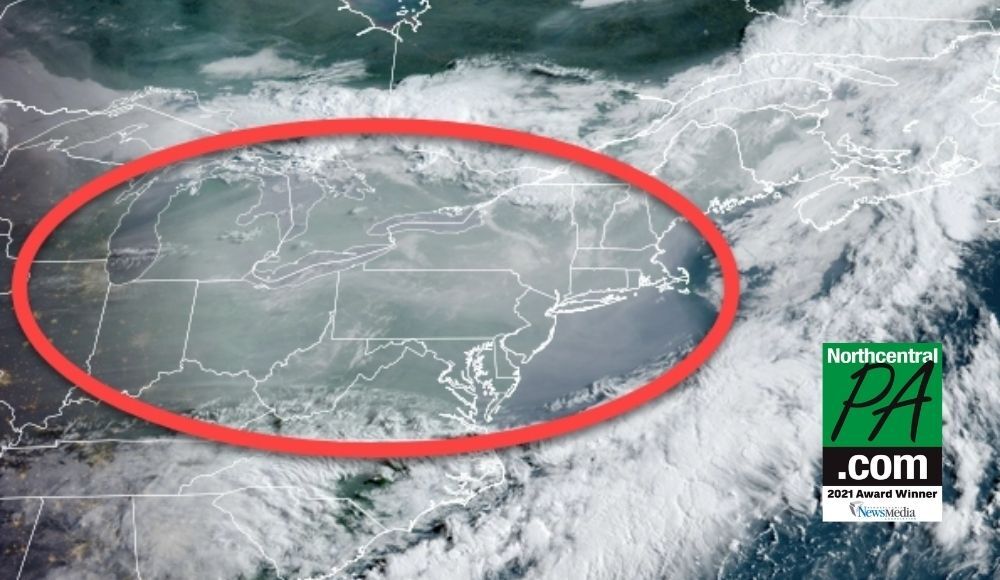 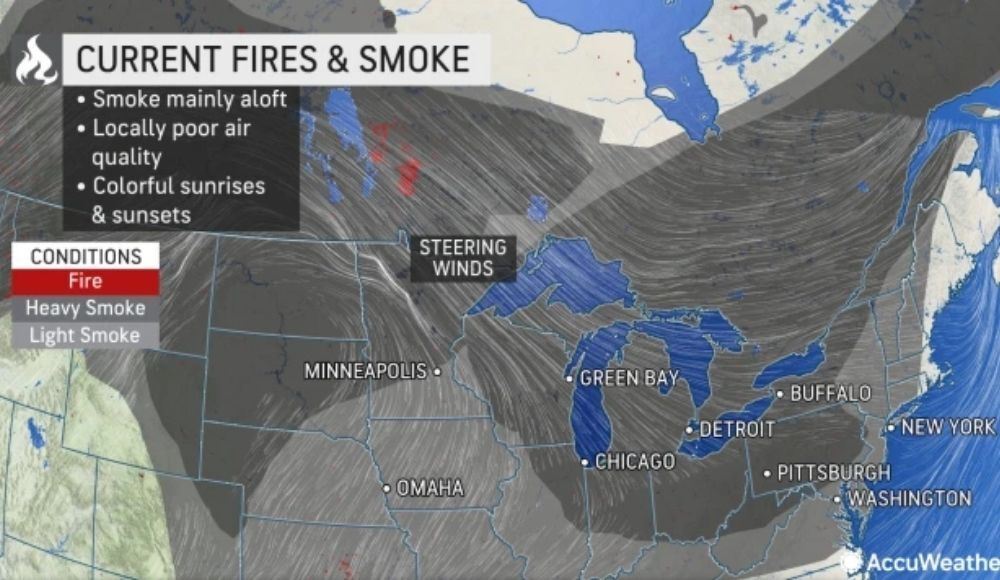 Current locations of wildfires and smoke as of July 20, 2021. 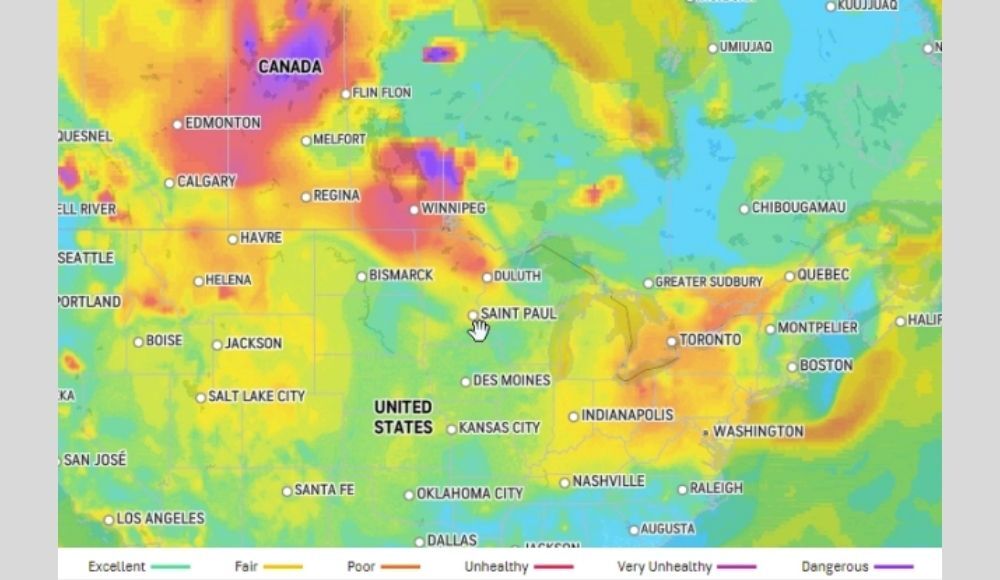 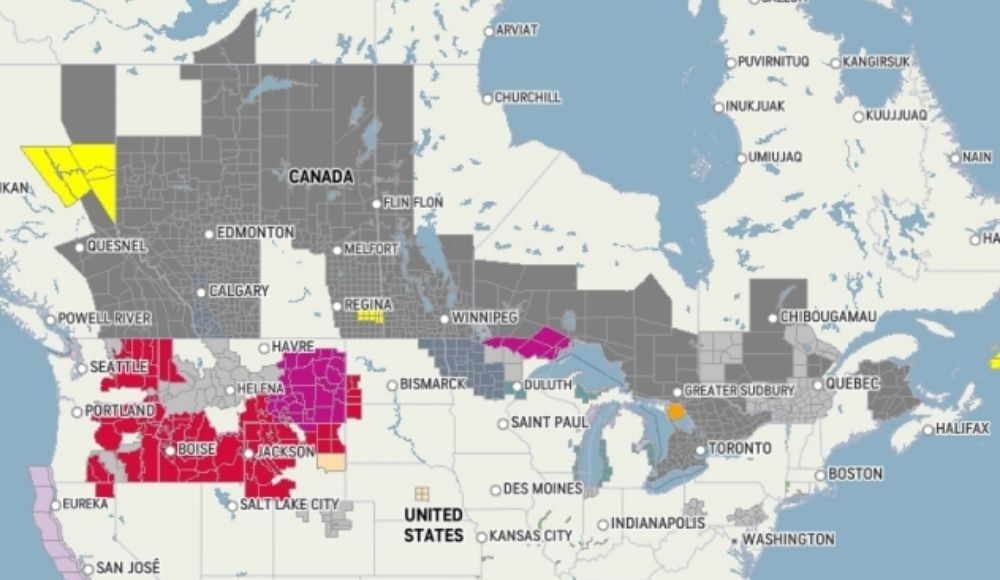 After a smoky sunset Monday, heavy smoke continued to hang over the Northeast on Tuesday morning, as a result of more than 100 wildfires burning in the western U.S. and more in Canada. Air quality advisories were in effect for much of Canada and had been issued for Pittsburgh and Philadelphia.

The smoke spread up to 2,500 miles downwind of the locations of the wildfires. "Due to the fact that smoke particles are small and light, they can be transported hundreds if not a few thousand miles away from their source," AccuWeather Meteorologist Alex DaSilva explained.

"While the smoke is not thick enough to obstruct surface visibility, it is thick enough to create poor air quality in some areas and allow for vibrant sunrises and sunsets," DaSilva said.

Wildfire smoke consists of gases and fine particles from burning trees, plants, buildings and other burning materials, according to the U.S. Centers for Disease Control and Prevention (CDC). Anyone can get sick from inhaling the smoke, but those at particular risk are people with asthma, Chronic Obstructive Pulmonary Disease (COPD), heart disease, children, people who are pregnant, and first responders.

Breathing in the smoke from a wildfire can cause an array of immediate effects, including breathing troubles, stinging eyes, scratchy throat, runny nose and sinus irritation, headaches, tiredness, chest pains and an increased heartbeat. Breathing in smoke can also trigger asthma attacks.

Much of the Northeast US was experiencing fair to poor air quality Tuesday morning. Southern Canada had a slew of air quality advisories to begin the week as a result of the smoke Monday, and advisories were issued for the Pittsburgh and Philadelphia areas on Tuesday.

"Elderly individuals and people who may have breathing problems should try to avoid long periods of outdoor activity," DaSilva said, but overall most people in the Northeast won't be at risk.

"The smoke out West is a lot closer to the ground because that’s where the fires are," he explained. "It's more of a health concern out there."

He said the sky may look "dirty" at some points as the smoke moves through the region, but overall it will not be of concern for most individuals in terms of posing respiratory risks.

Locations from Washington, D.C., all the way to the Great Lakes had ideal conditions to witness a colorful sunset Monday night and sunrise Tuesday morning, in areas without clouds.

Smoky skies may seem concerning for those in the Northeast who are not accustomed to the phenomenon, but AccuWeather Senior Meteorologist Tom Kines said that, overall, the smoke will not be of major concern to most residents in the region the same way it is across the western U.S. because the smoke reaching the Northeast is much higher in the atmosphere.

"It's not a yearly occurrence, but it's happened before," Kines explained, adding that very high wildfire activity in the western U.S. is necessary for the smoke to make it across the nation.

But the chance to witness enhanced sunsets may be fleeting. Following Tuesday's sunset, DaSilva said, a cold front will move into the Northeast from Canada, clearing out some smoke in the process.

With five dozen large and uncontained wildfires, the national preparedness level in the U.S. is at five, which is the top of the scale and means the nation is currently at the highest level of wildfire activity and firefighting resources are at risk of being exhausted, according to The National Interagency Fire Center.