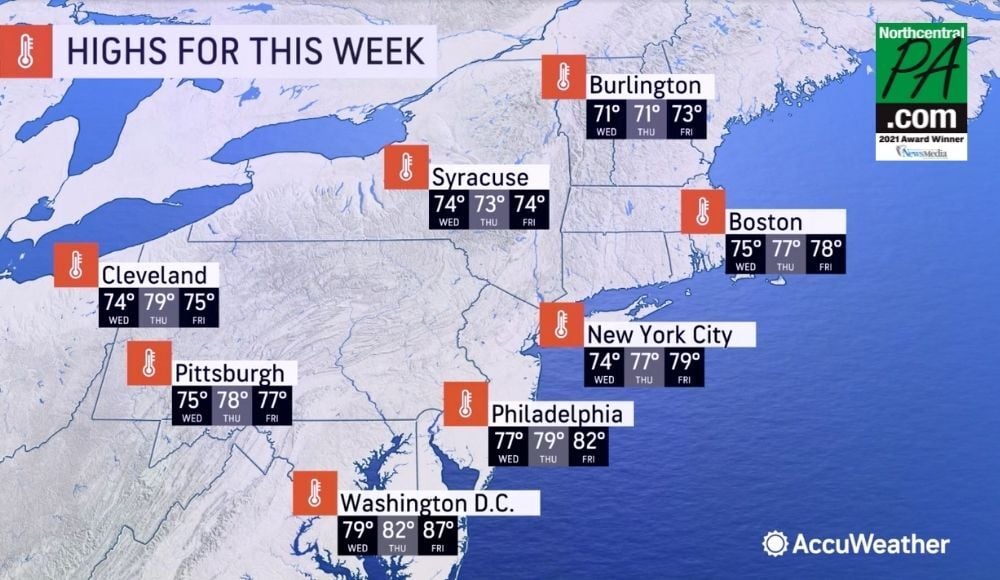 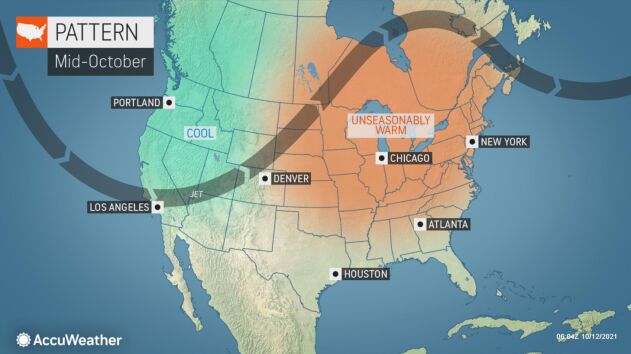 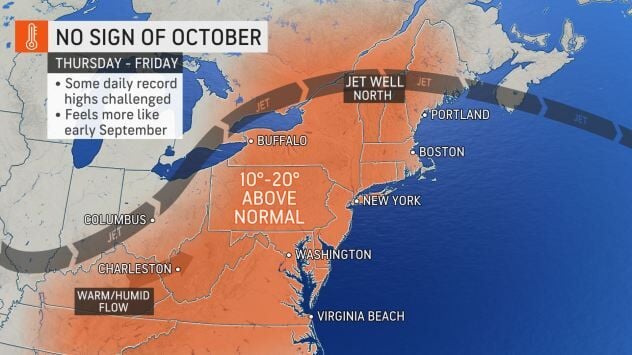 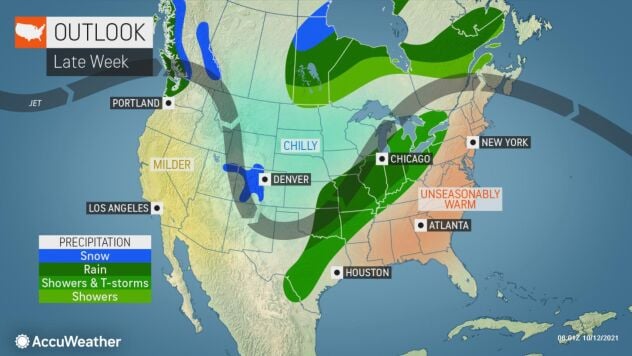 Residents across the East are about to experience a burst of out-of-season warmth that will make it feel more like late August or early September.

AccuWeather meteorologists say that high pressure building across Eastern states will allow temperatures to reach summerlike levels. Add plenty of sunshine to the mix and the weather will have a rather toasty feel to it by late in the week.

"As a high pressure system begins to shift into a position just off the Eastern Seaboard on Friday, it will usher in some unusually warm air for mid-October," said AccuWeather Senior Meteorologist Carl Babinski.

Temperatures will generally average 10-20 degrees above normal, with some larger cities, including Philadelphia, striking 80 degrees Friday, Oct. 15, according to Babinski.

Some parts of the eastern United States are forecast to reach even higher temperatures by late in the week. In Washington, D.C., the forecast high is set to match the daily record temperature of 87, previously set in 1975. The AccuWeather RealFeel® Temperatures in the nation's capital Friday will hover around 90 F.

Slightly farther north, Baltimore is forecast to reach 85 degrees Friday, which is just shy of the previous daily record of 89 that dates back to 1989. Hagerstown, Maryland, could come close to breaking the daily record of 84 set more than a century ago in 1915.

Locations farther south will still record above-average temperatures; however, not quite to the degree that the Northeast is forecast to experience. Southern cities are likely to average 5-10 degrees above normal by Friday, and some may come a few degrees away from challenging their record high temperature. Places such as Charlotte, North Carolina, Charleston, South Carolina, and Atlanta, will be within a few degrees of their daily record temperatures later this week.

Charlotte is forecast to hit 85 Friday, which would tie a daily record from 1950. Elsewhere in the state, Raleigh could come close to topping the record 88 F from 1985.

Temperatures throughout most of the interior Northeast will shift closer to seasonable levels during the weekend before the chances for wet weather increase.

"This warm air is expected to linger on Saturday when most of the major East Coast cities will reach the 70s, Babinski said. "However, clouds, showers and a thunderstorm associated with a cold front are expected to bring cooler air on Sunday when most temperatures will be no higher than the 60s," he said.

Fall foliage is still expected to be vibrant across much of the Northeast despite the upcoming shift in temperatures and October precipitation totals ranging under 20% of their normal amounts.

The U.S. Drought Monitor reports that only about 11% of the Northeast is experiencing abnormally dry conditions and only 3% of the region is considered to be experiencing moderate drought. A few rounds of rainfall in September provided ample moisture to the mid-Atlantic states. With showers and possibly a thunderstorm anticipated across mid-Atlantic states and New England by the weekend, October rainfall totals will have a chance to improve.

With Halloween a little over two weeks away, pumpkin carving enthusiasts may want to wait a week or so to set their jack-o-lantern outside, as unseasonable warmth may hasten pumpkin deterioration.

Next week is expected to start out drier and cooler in comparison to this weekend as a brief cooldown is forecast for parts of the East thanks to the passage of a cold front.