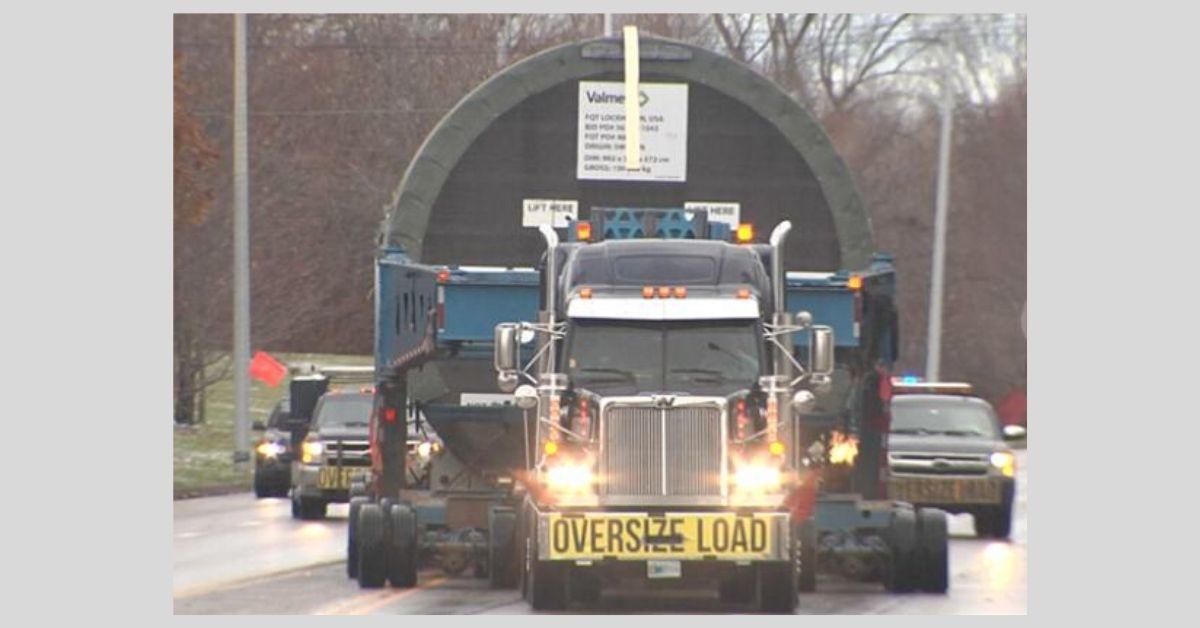 A 628,000 lb. load on its way from the Port of Erie to First Quality Tissue in the city of Lock Haven. Image source: Erie News Now 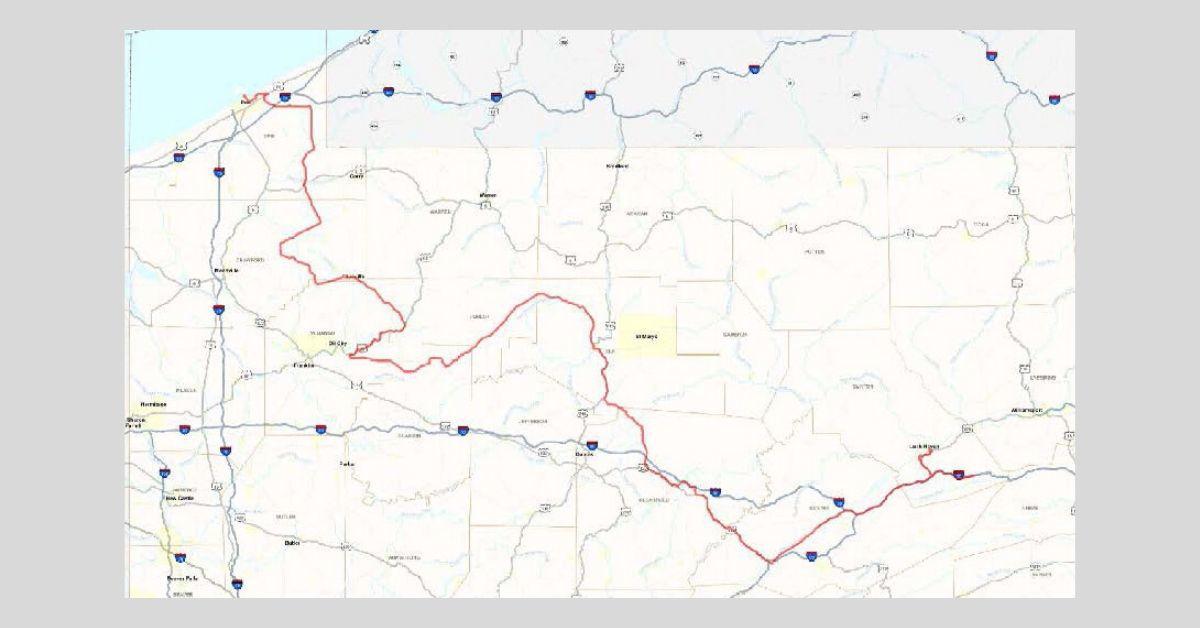 The route set by PennDOT from Erie to Lock Haven. The height, length, and weight of the load means the transport must avoid certain bridges, underpasses, and roads. Source: PennDOT

Erie, Pa. -- A Yankee Dryer super load, a machine used in the production of tissue paper, is on its way from the Port of Erie to First Quality Tissue in the city of Lock Haven. In mileage, the distance is around 200 miles, but a transport of this size requires some creativity and will cover an indirect route of more than 300 miles, thorugh nine Pennsylvania counties.

“The transport and load weighs 628,000 lbs and is over 217 feet long, 19 feet 11 inches high, and 20 feet wide,” said Marla Fannin, press officer for PennDOT District 2. “Because of the size and weight, there are roads and bridges the transport will have to stay away from.”

The caravan left Erie on Thursday Dec. 5, and is expected in Lock Haven on Friday, Dec. 13.

Because of the load's size and weight, the hauler is traveling at speeds of less than 15 mph. The transport is also only moving during daylight hours, and officials are keeping a close eye on the weather for potential delays.

A mechanical issue on Saturday caused the caravan to stop, shutting down Rt. 77 for a period of time near Riceville in Crawford County. Fannin said the hauler experienced transmission problems and the original scheduled arrival may be in jeopardy due to the breakdown, though there’s no word yet if the delivery date has changed.

PennDOT has published alerts to regional drivers regarding how this super load transport will impact traffic along numerous routes from Erie County to Clinton County.

Once the super load hits SR 322 West in Centre County, the route is planned as follows:

State Police are accompanying the transport throughout the trip, and flaggers will be positioned at specific locations and intersections along the super load route to assist movements through intersections and control traffic during counterflow movements.

PennDOT says they will provide updates on the progress as the super load nears Lock Haven.