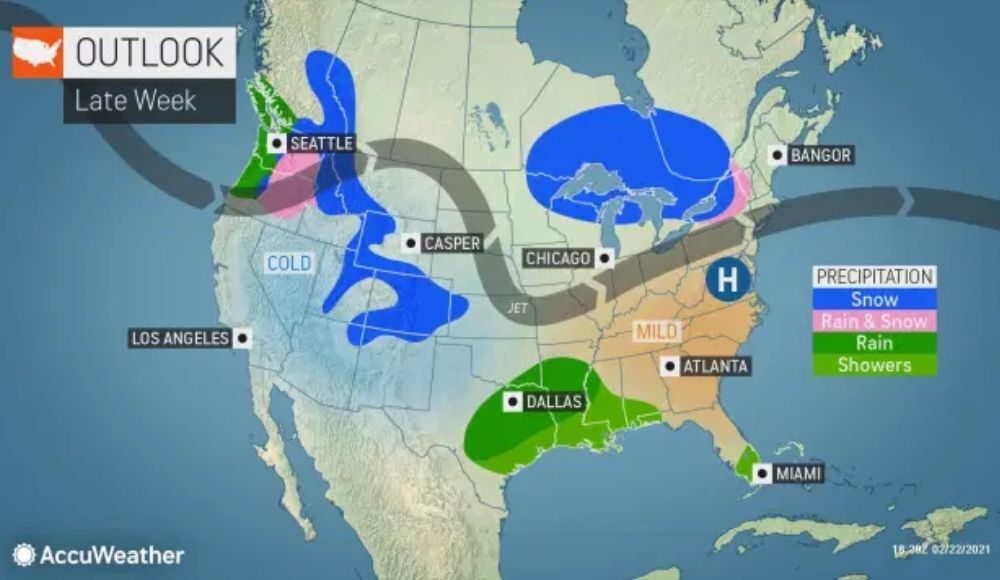 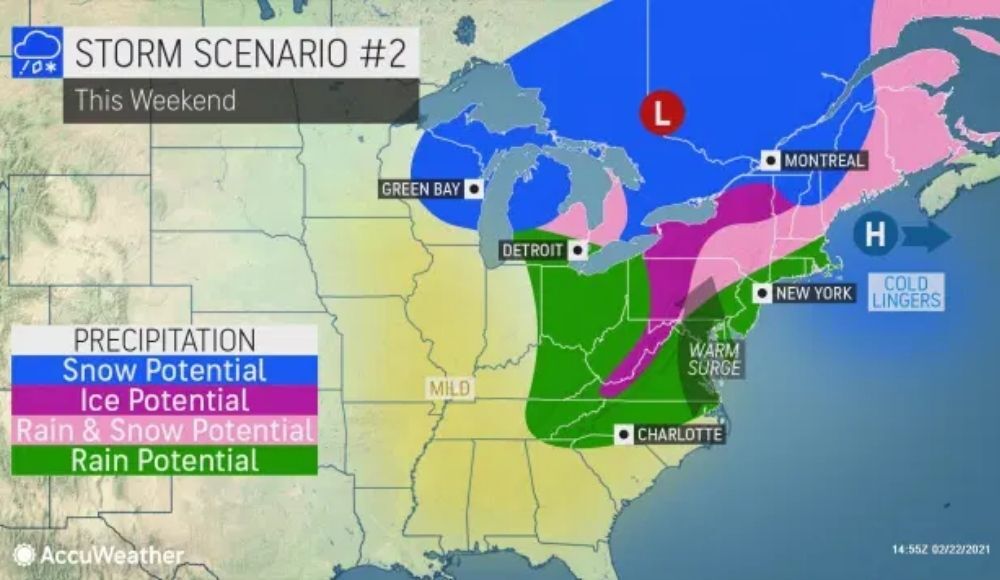 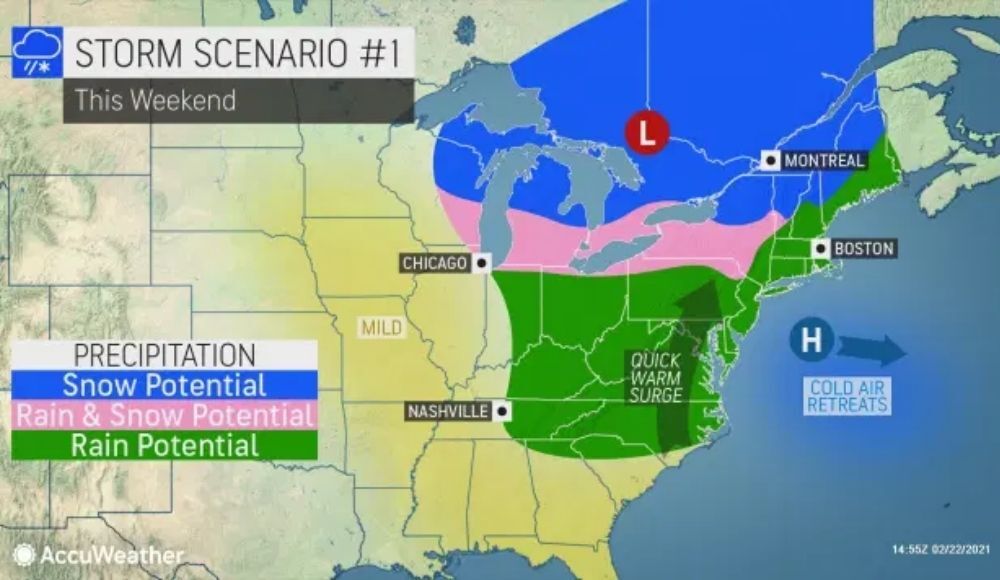 A storm-filled month of February will maintain its pace through the last week of the month; however, AccuWeather forecasters say, the severity and scope of the systems will be limited compared to previous blockbuster weather events that have dominated headlines in recent weeks.

An active storm track is expected to continue to bring rounds of snow and a wintry mix in parts of the Midwest and Northeast into this weekend despite the arrival of milder air.

A pair of clipper storms will primarily affect the northern tier of both regions from Tuesday to Wednesday, right on the heels of a storm that unloaded several inches of snow from the Midwest to the interior Northeast from Sunday into Monday.

Since both of these storms are considerably weaker and situated farther north when compared to the storm from Sunday to Monday, the overall coverage of the snow is forecast to be limited to areas farther north.

Snowfall with this first clipper storm is forecast to generally be light with accumulation in most areas forecast to range from a coating to an inch or two. However, some untreated roads and sidewalks can be slippery even though overall temperatures may be much higher than last week and even above the freezing mark in some cases.

In the wake of the Wednesday storm system, a somewhat longer break from precipitation is in store. However, by the end of the week, the southern storm track is expected to become more active.

A storm that may bring several inches of snow to Denver and much of Colorado from Wednesday night to Thursday night is expected to allow rain to gather over the southern portions of the Plains and Mississippi Valley by Friday.

"The exact placement of this rain has yet to be determined in the South Central states, but there is the potential for heavy enough rain to trigger flooding problems in some areas that were hit with bitterly cold conditions and heavy snow at mid-month," AccuWeather Senior Meteorologist Mike Doll said.

This same storm system is likely to swing northeastward this weekend.

Even though Arctic air may be absent from the Northeast states later this week, the air may be just cold enough to cause some wintry trouble.

The key to the amount and coverage of snow and especially ice may hinge on how far south a chilly area of high pressure pushes out over the Atlantic.

If the high pushes off the mid-Atlantic coast, mild air to the south should have a free ride into much of the region, which could result in very few problems related to snow and ice in the Northeast this weekend.

However, if the high pressure area exits slowly off the New England coast, a low-level wedge of cold air may remain in place, which can lead to pockets of freezing rain in the central Appalachians and the interior mid-Atlantic. In this scenario, snow and ice will be possible for a time in New England this weekend.

"Either way this does not look like a long-duration ice and snow event for the Northeast as stiff south to southwest winds aloft should allow milder air to work down to the surface and win out with this storm," AccuWeather Senior Meteorologist Rob Miller said.

As for the Midwest, rain is in the offing for the central Plains and the Ohio Valley. Farther north, problems related to snow and a wintry mix are likely to begin near the Interstate 80 corridor on north with all or mostly snow in store for northern Wisconsin and northern Michigan.

Regardless of any ice or snow at the onset of the storm, the action of mild, moist air flowing over chilly ground and snow cover can lead to areas of dense fog along with the rain.

Even though wintry precipitation may be limited this weekend, there can still be wet roadways and poor visibility for travelers over a broad section of the Midwest and Northeast.

As the storm comes and goes in the Northeast this weekend, a zone of unsettled, wet and stormy weather conditions may remain from parts of the South Central and Southeastern states.

"This zone will have to be watched for long-duration or repeating problems related to heavy rain and perhaps even rounds of severe thunderstorms," Doll said.

Farther north, there are signs that a batch of Arctic air may sweep from the northern Plains and Midwest to the Northeast early next week. This fresh batch of frigid air could not only greatly roll back the moderating trend, but it could also set the stage for storms with more wintry precipitation.