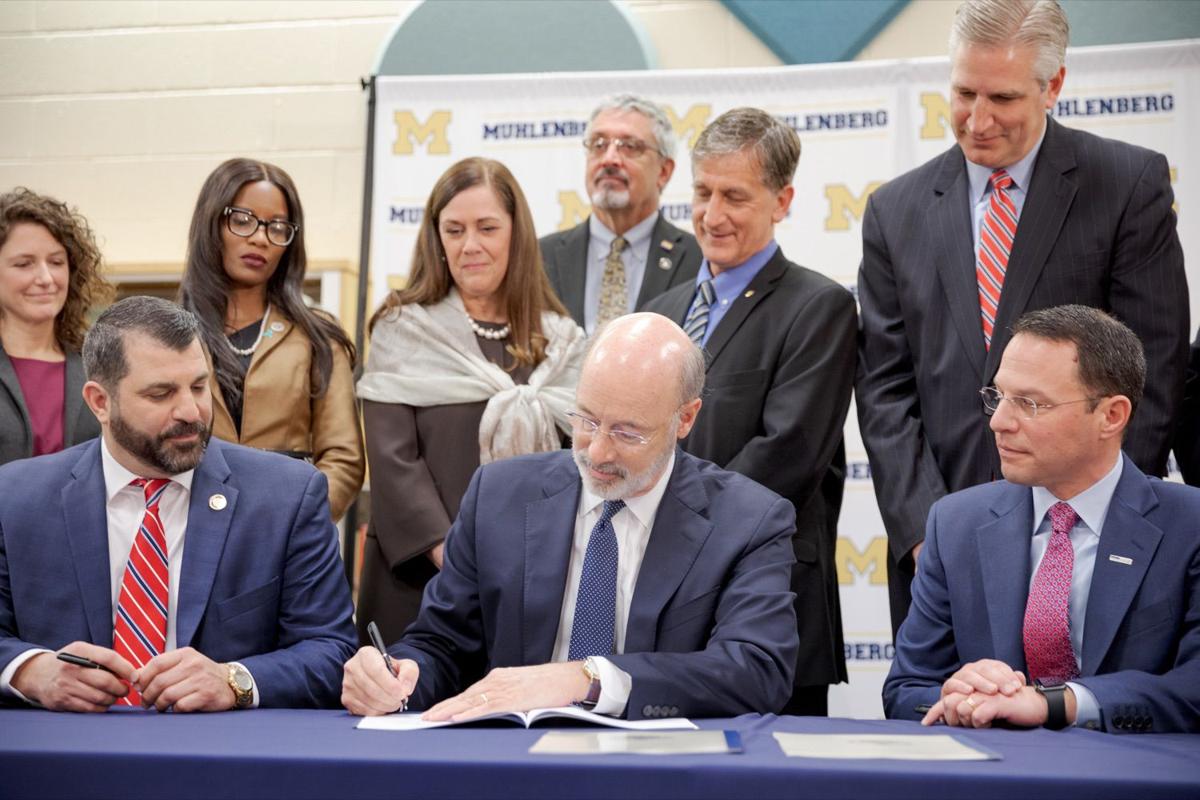 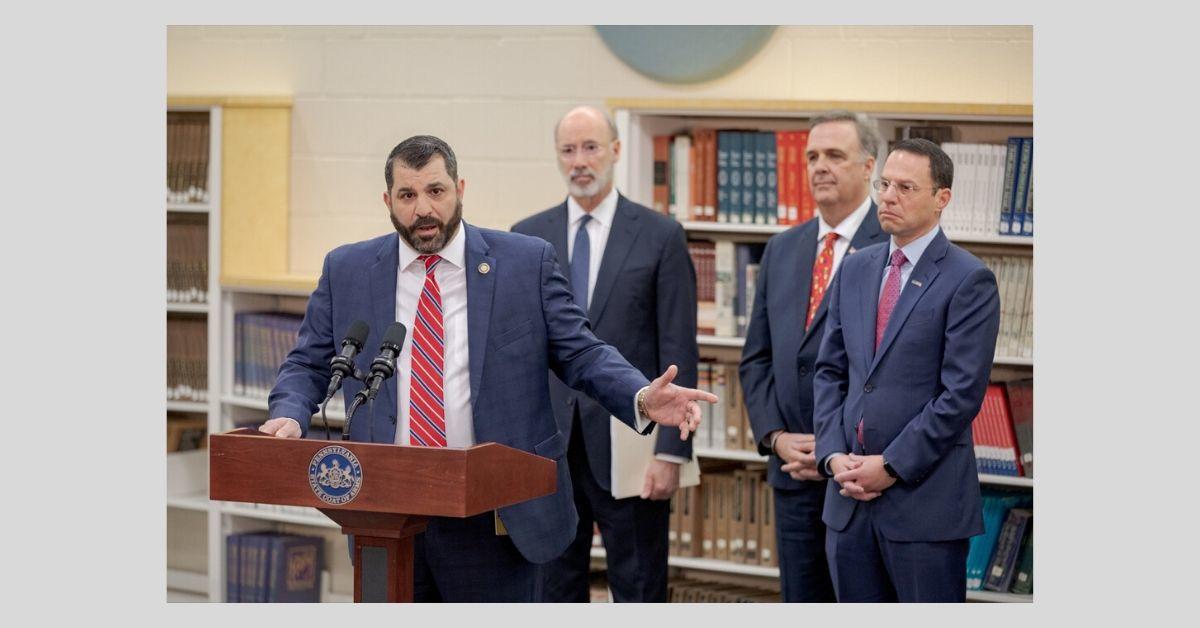 State Rep. Mark Rozzi, a survivor of childhood sexual abuse, speaks before signing a package of three bills, which mirror three of the Grand Jury's recommendations on addressing the statute of limitations for victims of child sexual abuse. Source: PACast

“After tireless and passionate work on the part of so many, especially countless brave victims, these bills will today become law, and victims of one of the most unimaginable forms of abuse will receive the support and rights they deserve,” Gov. Wolf said during the signing. “And while we celebrate the monumental victory of many survivors of childhood sexual abuse finally receiving their opportunity for justice, we must continue pushing forward until every survivor, of every age, has the chance to tell his or her story.”

“These reforms fundamentally change our justice system and will protect generations of children who experience abuse from this day on,” Attorney General Josh Shapiro said. “While we still must address justice for those survivors who made this day possible, seeing this progress gives me hope that bravery and activism will win over entrenched interests and powerful institutions.”

“This year, I worked directly with House and Senate leadership to craft legislation to get statute of limitations reform over the finish line, given the political dynamic here in Pennsylvania,” said Rep. Mark Rozzi. “While my House Bill 962 provides for prospective reforms, House Bill 963, offered by Rep. Jim Gregory, puts the retroactive window before voters in the form of a constitutional amendment. As we approach Thanksgiving, I am personally grateful to Governor and Mrs. Wolf for their compassionate support of our efforts to help all victims of childhood sexual abuse.”

“I want to thank the governor for signing my legislation, so the law is crystal clear,” Rep. Todd Stephens said. “Anyone who knows of ongoing child abuse and fails to act will face harsh penalties under the law.”

“There are survivors of childhood abuse out there with these non-disclosure agreements who believe they are still unable to come forward. Many of them have been silenced for decades,” said Rep. Tarah Toohil. “It is clearly stated in the new law that these survivors are able to provide information to law enforcement regarding their abuse, even if such an agreement is in place.”

In addition to the bill signing, the governor lent his support to House Bill 963, sponsored by Rep. Jim Gregory, which amends the Pennsylvania constitution to create a two-year revival window in which victims can file civil charges in old cases. This piece of legislation must pass two consecutive legislative sessions before it goes on the ballot for voters to determine if the constitutional amendment will take place.

“From my first meeting with the governor, I realized he was going to pay full attention to my efforts, but only through dedicated time and effort did this happen,” said Rep. Jim Gregory. “I’m very pleased to work with the governor to respond to the four Grand Jury recommendations in a helpful way for all victims – past and future.”