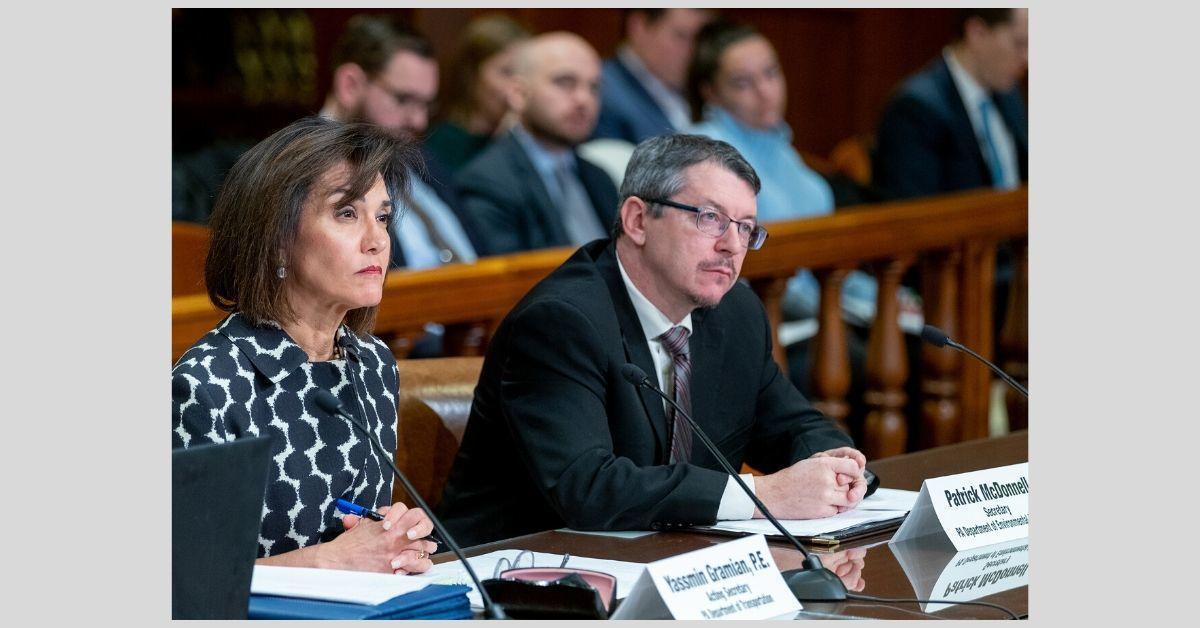 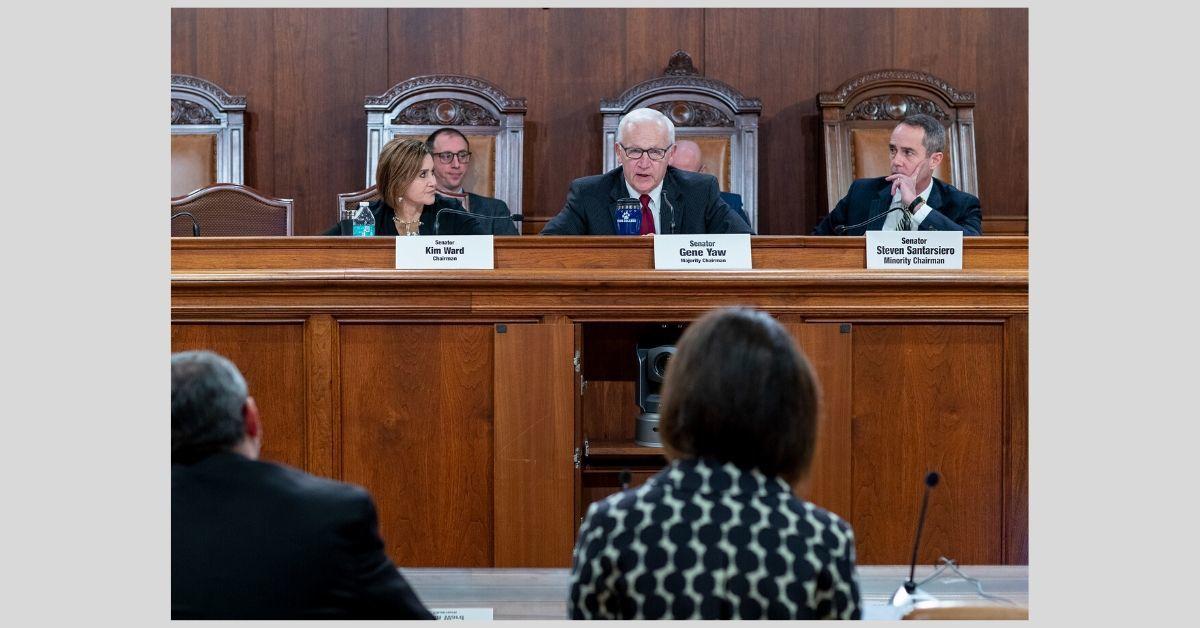 The Senate Environmental Resources and Energy Committee and the Senate Transportation Committee held a joint public hearing on January 29 in Harrisburg to hear testimony on the potential impacts of Pennsylvania’s participation in the the Transportation and Climate Initiative.

According to committee chairs Gene Yaw (R-23) and Kim Ward (R-39), the Transportation and Climate Initiative (TCI) is an agreement that would require motor fuel distributors to purchase carbon dioxide emissions allowances at auction with the cost passed to consumers at the gasoline/diesel pump, and is similar to the decade-old Regional Greenhouse Gas Initiative (RGGI) for electricity.

Unlike the current gas tax structure where funds are designated for roads, bridges, and safety, the proceeds from TCI would be dedicated towards electric buses, electric vehicle charging stations, bike lanes, etc.

As chair of the Environmental Resources and Energy Committee, Senator Yaw said the hearing served as an important starting point to hear from various groups who presented widely differing viewpoints on the environmental and economic implications of entering into the agreement of Northeast and Mid-Atlantic states, which the Wolf Administration is considering.

Opponents raised concerns that it would take more money out of the pockets of working families, hurt job creators, and have minimal impacts on emissions, while supporters said it would help to reduce carbon dioxide emissions and promote clean transportation alternatives.

“This is a complicated and far-reaching issue, so today was an important step in the educational process,” Sen. Yaw said. “I’m pleased that we were able to gain such insightful information from many different groups as we begin down the path of determining whether the Commonwealth should consider joining the compact.”

For first time, Pennsylvanians can now request mail-in ballot for any reason

Senate Transportation Committee Chair Ward raised concerns that entering into the TCI would negatively impact drivers, disproportionately affect rural residents, and require a new “gas tax” of up to 17 cents per gallon. That would be an enormous burden on Pennsylvania motorists who already pay the second highest gas tax in the nation.

“Today, the Wolf Administration touted the TCI would not increase the gas tax. But, if the TCI raises the overall price of gas at the pump, then the outcome is the same for consumers." said Sen. Ward. “We do not have door-to-door mass transit programs in many areas of Pennsylvania, so when the cost of gas increases, drivers pay more. I respectfully ask the governor not to enter into the multi-state TCI."

A number of testifiers stressed that states need to work together to reduce emissions, but others questioned whether the benefits of joining TCI would really be realized. Testimony received also alluded to how low and zero emission vehicle technology offers great promise in terms of improving vehicle efficiency and air quality while providing consumers with expanded transportation choices.

Sen. Yaw said he is committed to hearing all viewpoints and data to ensure that Pennsylvania makes the best decision for its residents.

“We need to start talking about this and it was obvious that there are many different opinions on what we can or should be doing,” Yaw said. “We need to look at the big picture.”

A recording of the hearing as well as all testimonies received is available online.