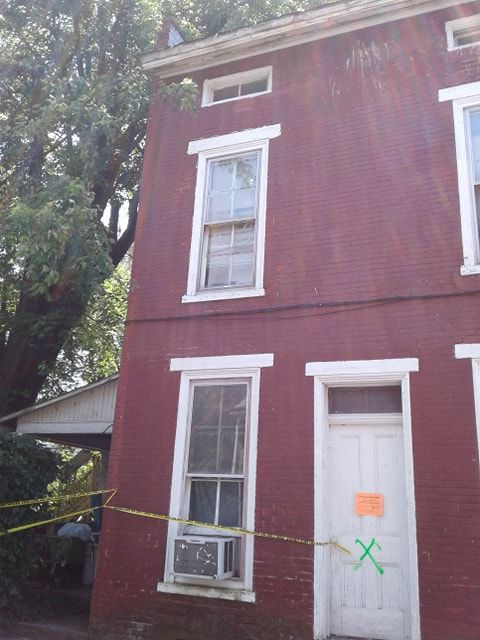 The building at the 400 block of Main Street in Jersey Shore is partially collapsed and will be scheduled for demolition soon. Several cats are in the building. Bellabon's Pet Recovery Service is attempting to get the cats out. 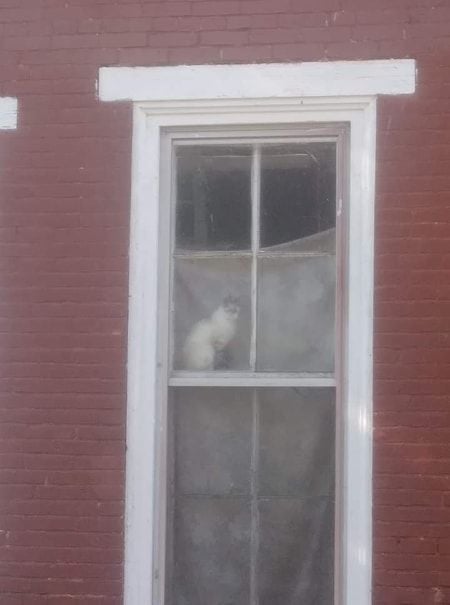 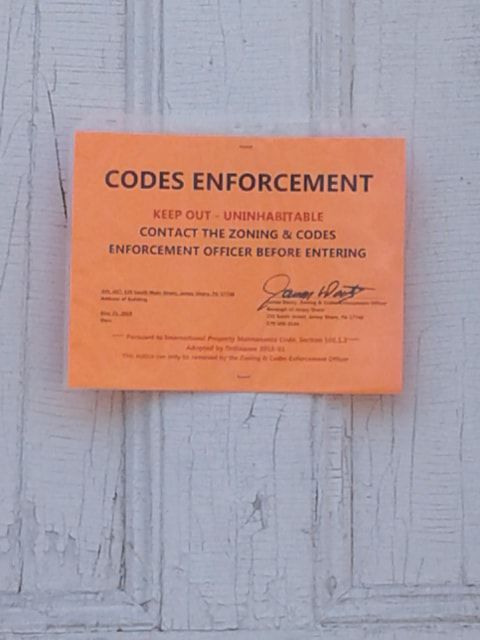 Sign posted by codes department of Jersey Shore Borough on the door of the partially collapsed apartment building at 400 block of Main Street.

The building at the 400 block of Main Street in Jersey Shore is partially collapsed and will be scheduled for demolition soon. Several cats are in the building. Bellabon's Pet Recovery Service is attempting to get the cats out.

Sign posted by codes department of Jersey Shore Borough on the door of the partially collapsed apartment building at 400 block of Main Street.

JERSEY SHORE, Pa.  – Several cats have been trapped in a partially collapsed apartment building in Jersey Shore for just over a week. Bellabon’s Pet Recovery Service is trying to get the cats out, although time is of the essence.

The building is set to be demolished soon, though no exact date has been set yet. The demolition date was tentatively set for Monday, June 10, 2019 but now that is pushed back, according to Bonnie Snyder, owner of Bellabon’s. Tuesday, June 11, may be the new demolition date but nothing is set for sure, she said.

Many people have posted on Facebook about the situation. Snyder started getting flooded with calls and messages from people asking her to help save the cats. However, some of the social media posts have false information. Snyder wants to clear up the rumor that the cats are strays. The cats that she has accounted for in the building are not strays, she said. “These are people’s pets,” Snyder said. She has been to the site at the 400 block of Main Street several times and has been tracking the cats through sightings and pictures provided by the previous tenants. “I know of at least five. We got track of at least three of them yesterday,” Snyder said. She was able to lure three out of the building with food and water.  She is hoping to eventually be able to trap them. Of course, there is the possibility that they may go back into the building.

Snyder said the SPCA recently captured two cats from the area. She is going to stop by the SPCA to see if the cats are matching the ones in the pictures provided by the tenants.

Luring the cats out has been tricky. The complex is fenced in. Due to the danger of the building completely collapsing, people are not allowed to go over the fence. Snyder said she was told by the borough codes officer that anyone going past the fence will be arrested. The situation also is compounded by the fact that Main Street has some traffic and can be noisy. “The cats are scared,” Snyder said.

When cats are scared, they often hide. Snyder said the partial collapse of a back wall happened in the middle of the night just over a week ago. Residents had to evacuate immediately. “From what I understand, they had a very limited amount of time to go back in to retrieve pets and belongings, “ Snyder said. The cats may have been hiding when residents went to look for them, she added.

At this point, Snyder is particularly concerned about the cats on the second floor. She has seen at least two cats in the windows. However, she was told that the door to the second floor apartment is shut. The windows upstairs also are shut. This will make it difficult to get those cats to the first floor and out to safety.

People have asked about opening the windows but Snyder said, “I was told by codes that opening another door or window may make it unsafe. Codes mentioned the ‘law of physics.’” The building could potentially collapse completely. The side of the building that already has collapsed does not have windows. “You can see the bricks leaning,” Snyder said. Because the cats are scared, opening a window doesn’t necessarily mean they will automatically jump out. Snyder is hoping to find a structural engineer to speak to about possibilities of opening up the building.

Cats can go 11 to 14 days without food, but it’s the lack of water Snyder worries about especially for the cats on the second floor. She is hoping there may be a toilet with water that they can access for now.

At this point, Snyder is in frequent contact with the landlord and codes. She was told the demolition crew is willing to help get the cats out and also tenant’s belongings. Snyder and several volunteers will continue going to the site in an attempt to get the cats out. She plans to hide a security camera in the area so she can keep track of the cats.

Snyder is hoping the general public will cooperate by not breaking the law trying to enter the area through the fence or to break windows. The authorities have been allowing her to attempt to help the cats legally and she would like codes to continue to allow her to do so. Safety, of course, also is a concern.

“I’m trying to do what I can to save the cats, but I’m not going to jeopardize my life or someone else’s,” Snyder said. She added that she is currently recovering from a broken sternum from a car accident and has a fracture on her leg. Snyder is determined to help the cats to the best of her ability. “We’re trying to get the cats out of there the best we can.”

Once the cats are trapped, Snyder will need to figure out where they can go. She is currently talking with an animal rescue. Snyder asks that if anyone sees the cats that they contact Bellabon’s at 570 244-1789. She will be updating the Bellabon’s Pet Recovery Services Facebook page as the mission progresses. “My main goal is to help the cats,” Snyder said.

Probation check turns into felony after discovery of child pornography