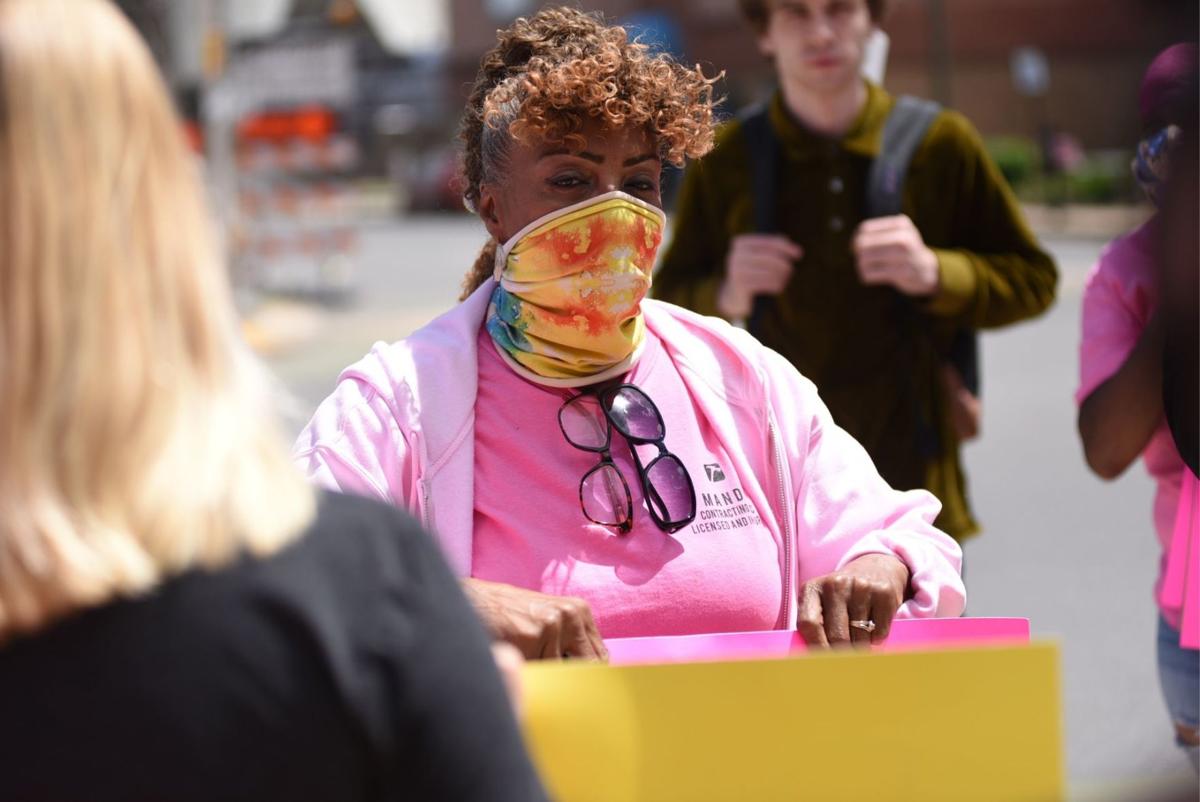 Melodie Russell spoke with protesters and led a prayer before an early afternoon peaceful protest in downtown Williamsport, Pa. 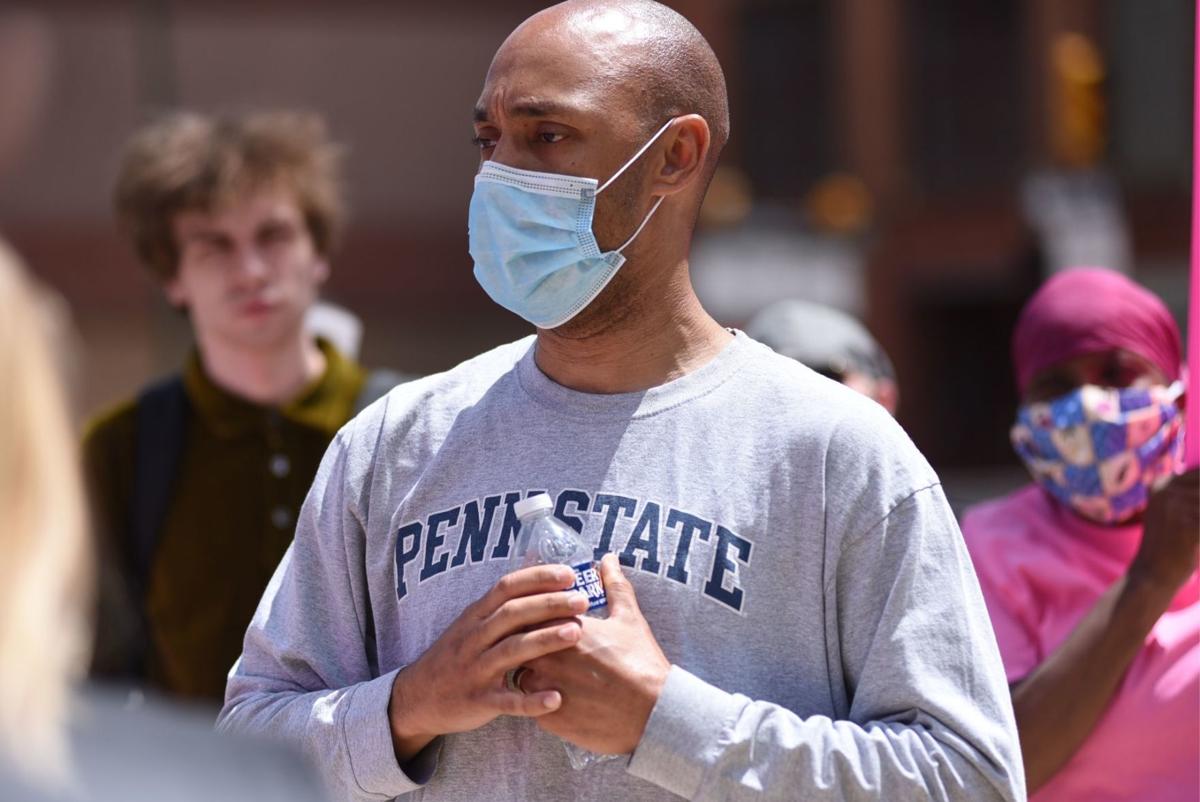 Williamsport Mayor Derek Slaughter greeted protesters in the the afternoon before the first of two protests held in downtown Williamsport, Pa. 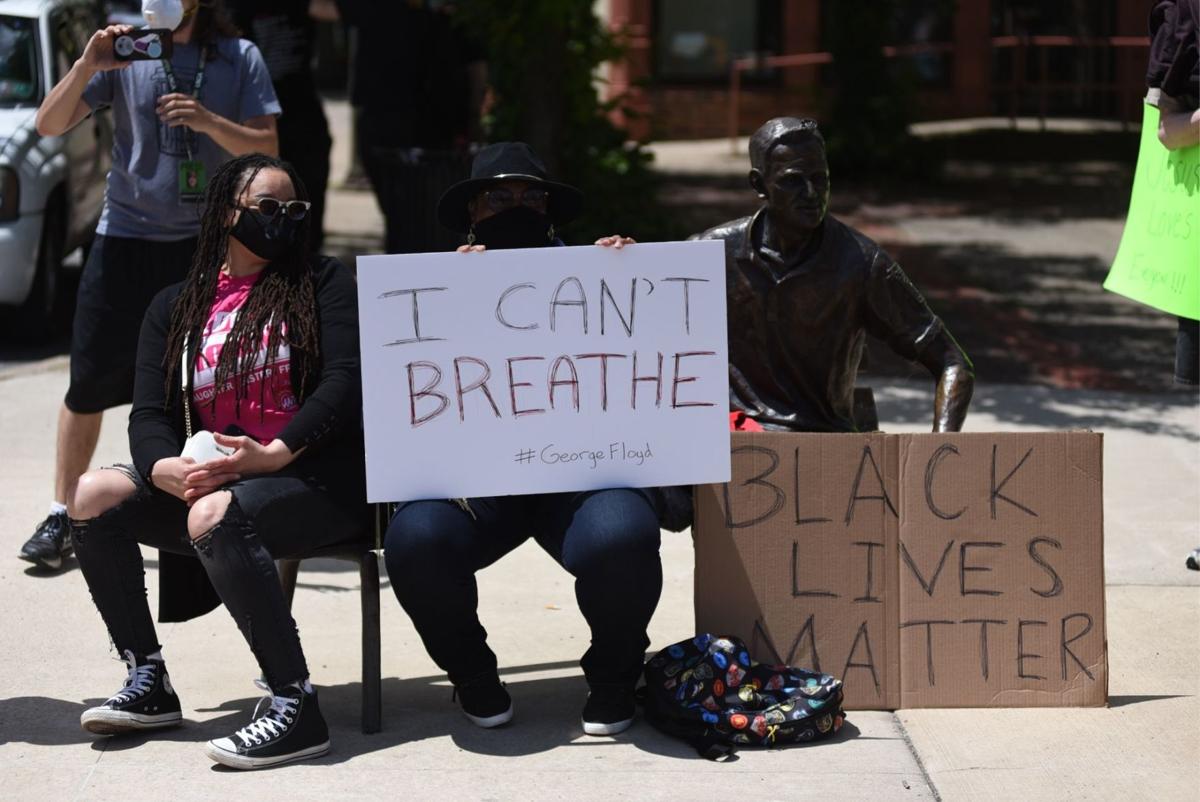 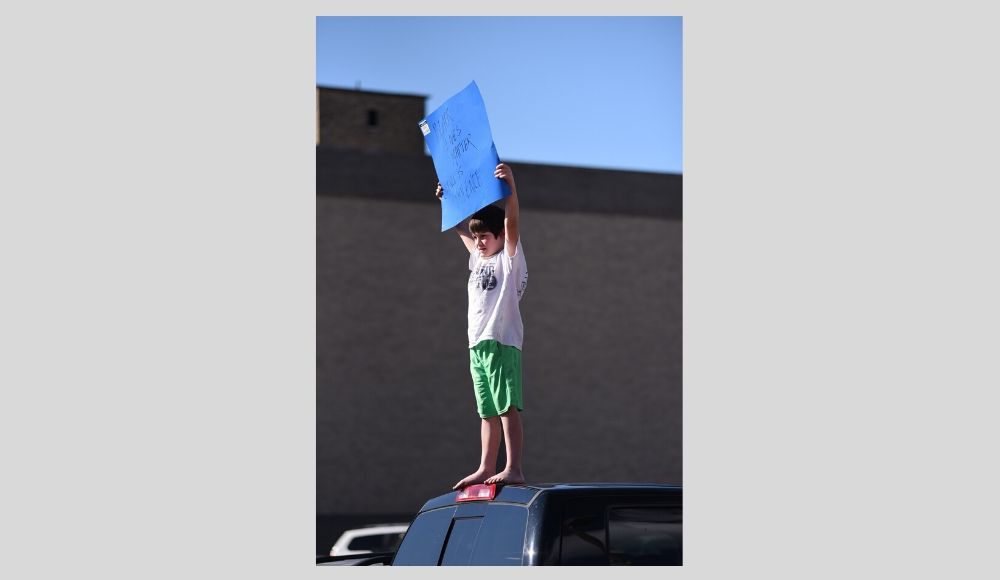 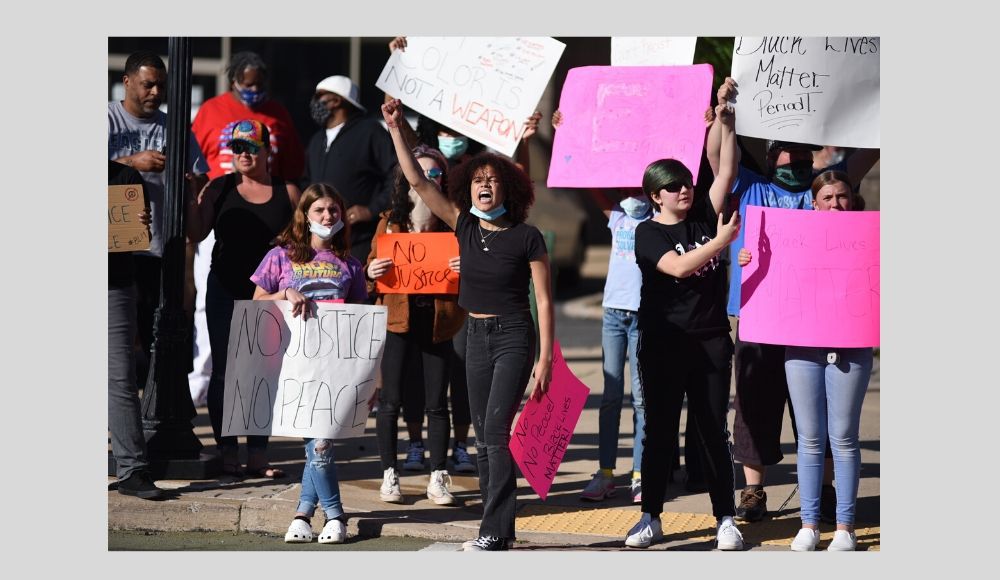 Protests were purposeful and loud, but never violent. 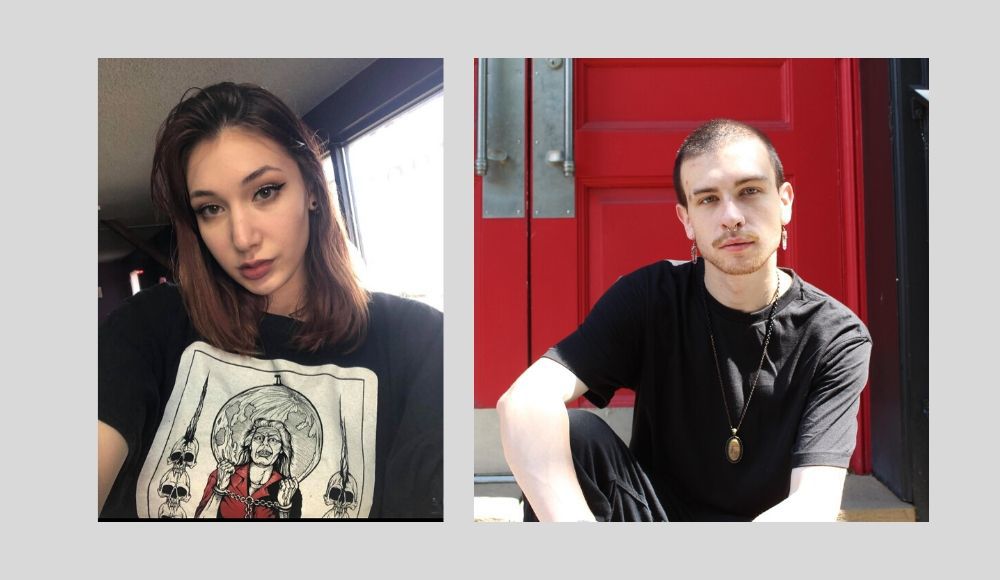 Protests--some peaceful, some violent--broke out throughout the country this weekend, with tensions escalating in cities like Washington D.C., where the White House reportedly “went dark” Sunday night, turning off nearly all external lights as fires burned nearby. Historic St. John’s Church in the same neighborhood was intentionally set ablaze, reported the New York Times. Firefighters were able to extinguish the flames quickly.

NBC News reported at least 4,000 were arrested nationwide over the weekend.

That was not the case in Williamsport, as hundreds gathered to protest on Sunday. People congregated downtown at the “Bases Loaded” intersection of Market and Third Streets. A mix of humanity; all races and all ages, including adults, teenagers, and children lined the streets holding signs in support of George Floyd, the black man who was killed last week by a white police officer when, during an arrest, the officer kneeled on Floyd’s neck for nine minutes, according to reports.

Throughout the protest, people shouted and chanted, “I can’t breathe!” and “Say my name!” while others answered, “George Floyd!”

Others shouted, “No justice, no peace, no racist police!” and “Hands up, don’t shoot!”

Sunday’s protest was as grassroots as they come. A lone woman was standing out on the Market Street Bridge on Saturday with a sign, and she caught the attention of Melodie Russel and her husband. They went home to get their own signs and join her, but when they returned, she and all of her signs were gone.

Related reading: As protests go on across the state, Justice for George Floyd signs are displayed downtown

As Russell and her family headed toward the Market Street Bridge, signs in hand, they were stopped by a man in a truck. He  suggested they stay at the intersection of Market and Third Streets, explaining the history behind the catcher’s mitt on the “Bases Loaded” statue.

“A Negro team had come to play in the Little League World Series back in the 50's. They had been denied access to play. But Williamsport welcomed them.” Although that team wasn’t able to play in that particular series, “the veil was lifted,” said Russell.

“That man who stopped us was Jason Fink,” further explained Russell. Fink is president/CEO of the Williamsport/Lycoming Chamber of Commerce. “That became our home base [for the protest].”

A short time later, Russell ran into a small group of people, including local residents Abendigo McMullen and Elizabeth Culp who had gathered to protest in front of Williamsport City Hall with signs. “I need to meet these young people,” Russell said.

By Saturday evening, McMullen had created the Peaceful Protesters of Williamsport Facebook page and before they all knew it, McMullen said there were over 20,000 people engaging with the page.

“I believe it was divinely inspired,” said Russell.

That the protest was peaceful was important to the organizers. “We were on alert for anyone who might cause a disturbance and we were ready to shut that down,” said Russell.

“We knew city leaders and officials and other citizens were going to be watching. The only way to be taken seriously was for the protest to be peaceful,” added McMullen.

Culp agreed, however she said she understood the cumulative anger and violence coming out of protests across the country. Culp and McMullen are both white.

“I don’t think it’s ever my place as a white person to tell people of color how to react to the wrongs that have been done to them; the hundreds of years of oppression. To those that are rioting, to those that are angry, I don’t blame you,” said Culp. “I stand with you. Selfishly, I wanted this protest to be peaceful because if any one of these good people standing with us got hurt, whether it be by some troublemaker or the police, I could’t live with that,” she added.

McMullen said they were simply there to stand in solidarity.

Williamsport Mayor Derek Slaughter said he was pleased to see the protest was a “peaceful and impactful event.” He addressed members of the crowd as they gathered at the noon protest on Sunday. “I want people to know, I hear you. We hear you,” he said. “We don’t condone what has happened. Myself and the administration are working hard for positive change, to move forward in a positive direction,” he said.

One way he says he believes Williamsport can achieve positive change is with a government that is engaged and concerned about building relationships between administration and city organizations and residents.

“We need to hold each other accountable,” he said. “Both with the positive and the negative.”

Russel, McMullen, and Culp met on Monday to talk about how to keep the momentum going now that they and other protesters have captured the passion and solidarity of fellow residents.

"We need to come up with bona fide ways to make this momentum work, collectively," said Russell. "Systematic changes will have to occur in individual households and interactions. We have to look at our own perspectives and say, 'am I part of the problem or am I part of the solution'?’”

One way being discussed is a peaceful candlelight vigil in the near future. The group does not currently plan to host another protest this coming weekend, knowing that with the county moving into "green," people coming downtown may be looking to relax and enjoy themselves.

I want to say something

At the protest Sunday evening among the hundreds of protesters was a young boy, age nine, standing atop his father’s truck. “Daddy, I want to say something!” he shouted to his dad. The boy, Michael Ziegler, held a sign and yelled at the top of his lungs, “Black Lives Matter!” and “Say my name!” He rallied the crowd better than some standing down along the street.

The young Ziegler simply shrugged when asked what it was like to have a crowd that size follow his chants. “Does he understand?” NorthcentralPa.com asked his step mother, Maelea Burley, of Muncy.

“No,” she said. “He’s never been exposed. We brought him here because we wanted him to understand better, to begin to help to make a change.”