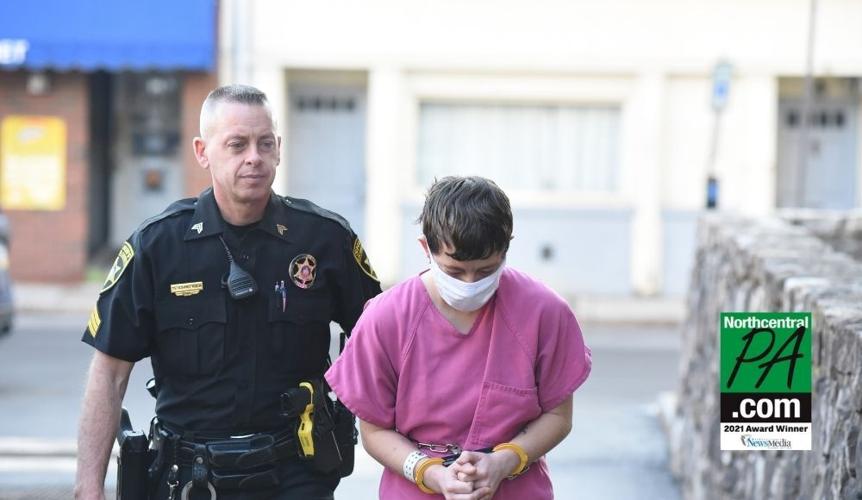 Echo Butler being led into the Lycoming County Courthouse for a preliminary hearing on Wednesday, March 16. 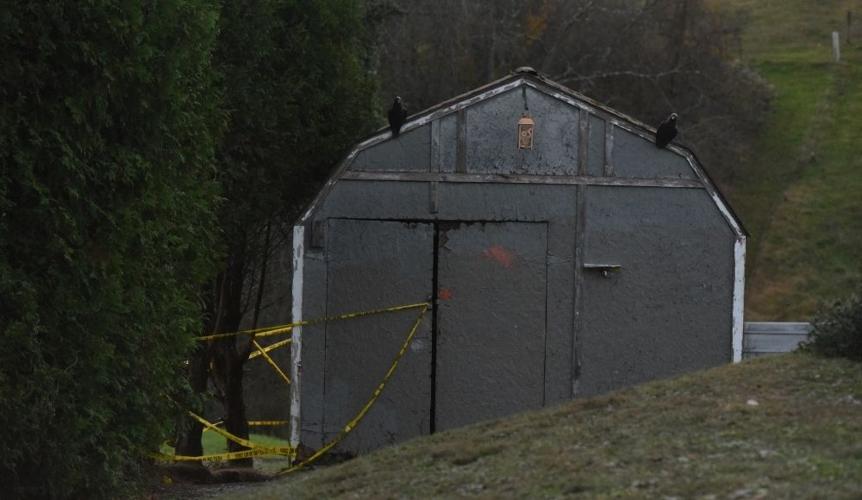 The shed on the Livermore Rd. propery where the remains were discovered. 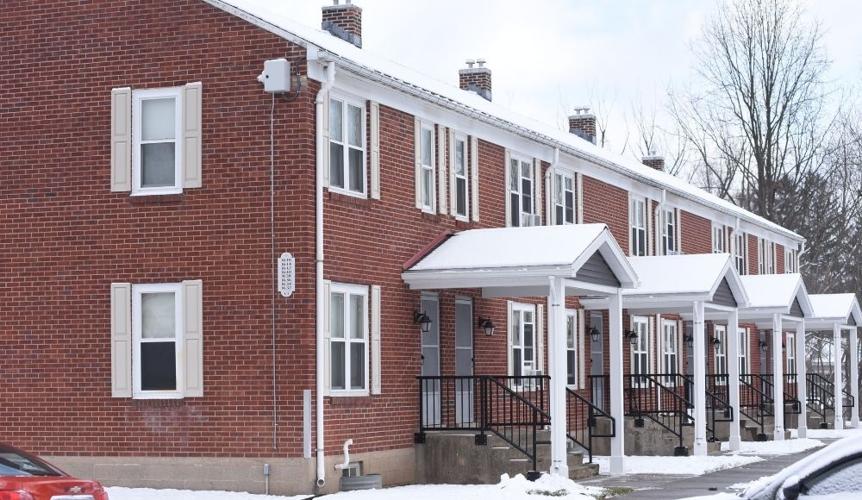 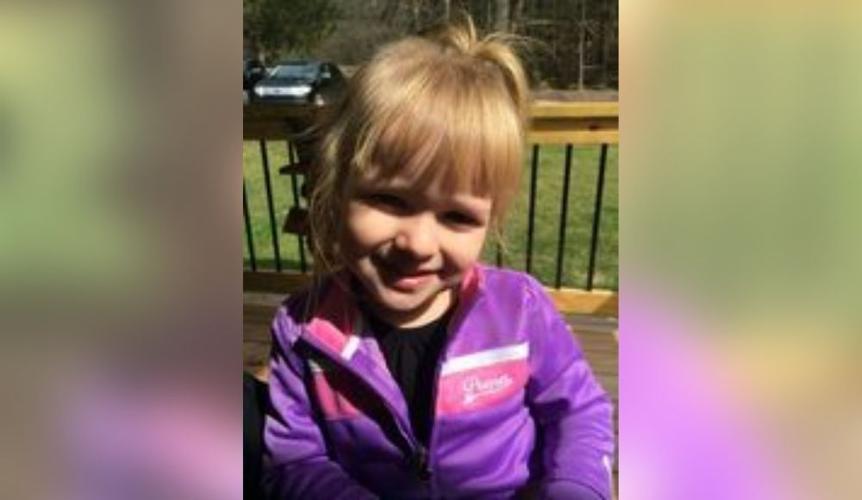 Williamsport, Pa. -- A mother accused of the homicide of her two daughters, Nicole and Jasmine Snyder, admitted during a preliminary hearing on Wednesday that she and her girlfriend starved each of the two girls “so she would die.”

During the hearing held at the Lycoming County Courthouse for Echo Butler and Ronald Butler, Marie Snyder relayed intimate details of the death of both of her daughters.

The girls, just four and six years old at the time of their deaths, were subjected to physical abuse, verbal abuse, restraint, humiliation, and starvation, Snyder admitted.

Nicole and Jasmine Snyder’s remains were found buried on a property at 653 Livermore Road on November 6 and 7, 2021. An investigation into the disappearance and death of the children revealed unspeakable abuse leading up to each girls' death.

Lycoming County DA Ryan Gardner has called for the death penalty for Echo Butler for her role in the deaths of the two girls.

Ronald Butler, Echo's father, is accused of child endangerment and lying to authorities.

Full coverage of the Snyder investigation

“They were being starved and beaten every day,” Snyder confessed on the stand.

“Echo would grab their throats so they couldn’t breathe, and choke them until their eyes would roll back into their heads,” Snyder told a silent courtroom.

Nicole was made to stand in a corner, hands often bound behind her back with rope for 12 hours a day, Snyder said. Jasmine, too young to stand in one place, was sometimes confined to a car seat, her legs crossed and bound by the car seat strap, her hands tied “so she wouldn’t pick at her fingers,” Snyder said.

Both girls were given only tiny portions of food, according to Snyder's testimony. At first they were fed three times a day, then after a while it was two, then one, until both were denied food and water the two weeks leading up to each of their deaths.

Dale Fisher, a neighbor and relative to Michele Butler, was the second witness called to the stand during Monday’s hearing. Fisher said during one visit he took note of how little the girls were fed compared to Snyder's youngest child, a boy.

During a party at the Livermore address, Fisher said he and several other people at the home ate pizza while the two girls were only allowed to eat a small amount of cold peas served directly from the can.

“She [Echo Butler] treated them rudely,” Fisher said. “Every time I saw them eat, they had peas. They were really skinny."

Fisher said two other visits caused him concern, including the last time he saw Nicole. During that visit Echo Butler was giving her a bath and he heard “blood curdling screaming coming from the bathroom. “I asked Ron and Michele, ‘What the hell is going on in there?’ but they didn’t answer,” Fisher said.

It was the culmination of those visits that Fisher said prompted his wife to place a call to Lycoming County Children and Youth. Fisher said he believed the agency did make a visit to the house.

No one from Lycoming County Children and Youth was called by the Commonwealth to testify on Monday.

Nicole Snyder died "on or around May 10, 2016," according to a police affidavit filed January 7. Prior to her death, Snyder estimated Nicole weighed five pounds.

"Why did you purposefully withhold food and water?" Garder asked.

"So she would starve and die," Snyder told the court.

The day Nicole died, Snyder said she did place a call to 911, but was stopped by both Echo and Michele Butler. She placed a second call and told the 911 operator that her child had accidentally dialed 911.

Nicole was placed inside a tote bin and taken to a shed on the property. Her body remained there for days as Echo and Michele Butler allegedly devised a plan to dispose of the corpse, according to Snyder’s testimony.

Echo Butler allegedly dug a hole by the shed and placed Nicole’s body in it. Michele Butler then put moth balls on the child’s body so it would not smell, Snyder said.

According to Snyder, Jasmine had been living with a neighbor, Lisa Shoemaker, when Nicole died. In November of 2016, Marie Snyder, Echo Butler, Jasmine, and Snyder's youngest son moved to an apartment on Catherine St. in Williamsport.

At first, Jasmine was treated "good," according to Snyder. "I told [Echo] I couldn't lose another one, I couldn't do it again."

During that time, Children and Youth did pay a visit to the Catherine St. residence to check on Jasmine and [name redacted]. "Jasmine was playing on the floor," Snyder said, prompting the case worker to leave.

But by August 11, 2017, Jasmine's life allegedly ended the same way her sister's did. Jasmine "weighed less than a gallon of milk," Snyder said.

Jasmine was placed in a tote that had previously been filled with toys, brought to the Livermore address, and buried beside her sister, according to Snyder.

On Wednesday, Ronald Butler's defense attorney Matthew Diemer asked Judge Solomon to dismiss the child endangerment charges, claiming that none of the presented testimony implicated Ronald in the crimes.

"Living in a home is not enough to show legal duty of care," Diemer argued. Testimony from both Snyder and Fisher indicated that Ronald did not participate in the girls' lives, by cooking, bathing, reading to, or educating the children, Snyder testified.

Snyder also said she did not see Ronald abuse the children.

Additionally, Michele and Echo Butler and Marie Snyder lied to Ronald Butler about the whereabouts of the girls, saying they had gone to stay with friends, said Snyder.

Ronald Butler, Echo's father is charged with two third-degree felony counts of endangering the welfare of children and a misdemeanor charge of obstruction.

Solomon ruled to hold the case over on all counts.

All four will appear in Lycoming County Court for formal arraignment on April 11.