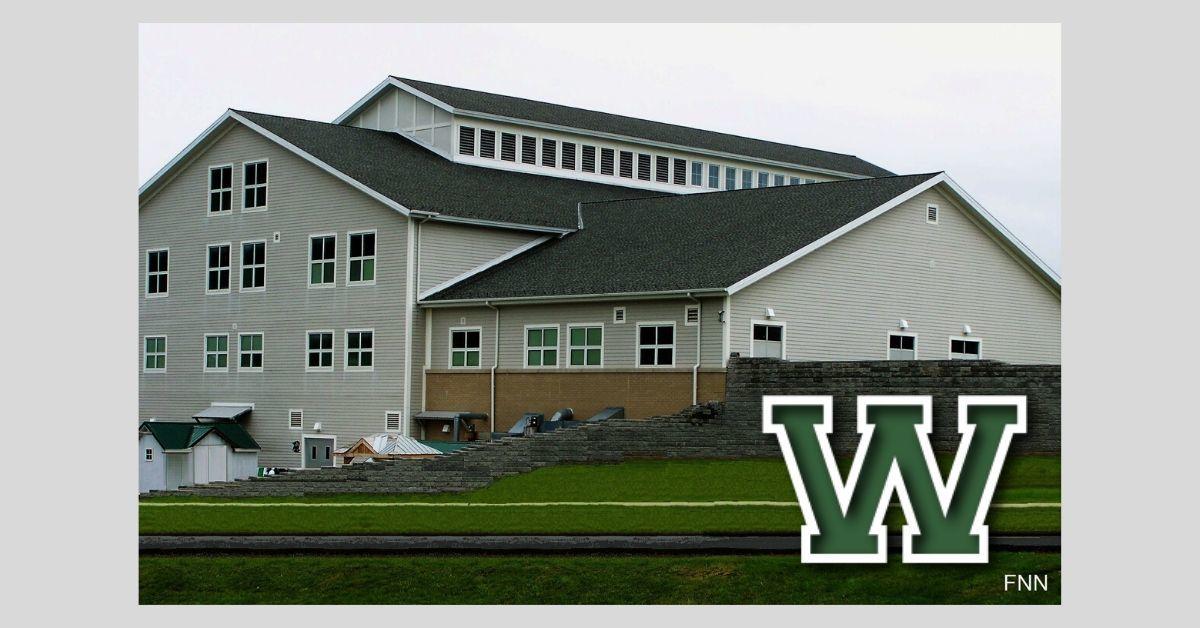 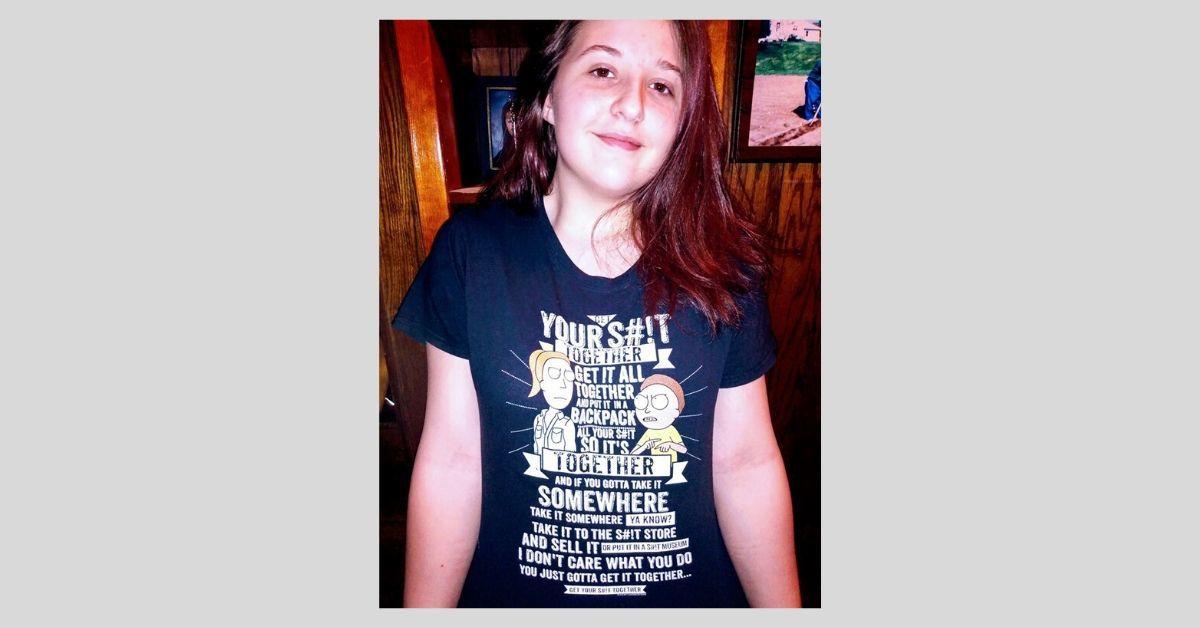 15-year-old, Kathleen Stringham of Wellsboro, wearing the shirt that started the debate between herself and the school. Source: FIRST News Now

15-year-old, Kathleen Stringham of Wellsboro is a student at the Wellsboro High School who used to be a shy laid back and quiet student, until she was targeted several times by school officials for violating the school's dress code. Sadly Stringham is just one of many female students this year that have been sent to the office for a "school dress code" violation and made to either go home or forced to change into other clothes from the school's lost & found basket.

On Tuesday, February 18th, the young female student once again dressed in something she felt comfortable in and went to school like all the students in the entire school body did that day. A teacher saw Stringham's (already censored) T-shirt and had no problem with it, whatsoever. However, the school's nurse immediately took offense to the shirt and she hauled Stringham straight to the office because of her censored T-shirt.

Kathleen had to face school officials and a counselor, as her mother, Kayce Le Campbell was contacted to come and get her daughter due to the T-shirt her daughter was wearing.

Kayce Campbell stood up with her daughter and argued over the validity of the T-shirt, which they felt was not offensive nor did it violate the school's dress code. In fact, Campbell told officials that her daughter was staying in school and she let the school know that she fully supported and defended her daughter's actions.

It was around that time that Wellsboro Borough Police were called in. The school threatened to have the officer arrest the student and her mom for "Disorderly Conduct" if they both did not leave the school. Neither Stringham or her mom have ever had a problem with the law, but were both taken back by the school's actions in trying to force an officer of the law to arrest a mother and teen daughter over a T-shirt that was already censored.

FNN learned that the Wellsboro High School has had a lot of issues with the dress code as the school had assemblies for students to try and clarify what they want students to wear. Oddly enough, Kathleen was found in violation of the dress code once for wearing a dress, then because she wore sweat pants and now a censored T-shirt. Other females have been targeted or pointed out for wearing shirts that show bra straps and pants that show panty lines. However, the school forces female students to wear mini skirts for cheerleader uniforms to rally the boys onward to victory. "Seems like a double standard", Campbell pointed out.

Talking about double standards in dress codes, where boys are allowed to wear baggy pants hanging down exposing their underwear, yet the school has not brought any male student to the office to be reprimanded, forced to change their clothes or threatened to be arrested if they did not leave with their parent for such violation.

Campbell went on to explain that the clothes made for young teens and young ladies have large v-necks so it exposes young ladies' cleavages, tight pants to show ladies' figure and tight short shirts to emphasize young ladies' top.

After the threat of her and her mother being arrested, Kathleen Stringham negotiated a deal for a board meeting about the school's dress code. The officials agreed and quickly set up the meeting to occur on Monday morning, February 24th at 9:00AM in a conference room. The school will allow Stringham, and student from each grade to voice their concerns and wishes in changing the school's 1960 style dress code and update it for all students. Kathleen is hoping fellow students will send her their ideas and comments on the subject to her via email at voiceyourownconcern@gmail.com by Sunday.

This particular instance school officials felt the shirt violated their standards of the dress code, as it was deemed inappropriate. It is obvious that there will be people supporting the school's request to cover it up or go home. Stringham did have a flannel shirt over top of the shirt shown in the image shared with FNN. The school cannot discuss with the public a particular student, but can discuss the issue that has plagued the school year.

With the agreement made for a board meeting, Stingham and her mom left the school and returned home to focus on the repeated injustice of the school's actions against her and fellow female students. Ironically Kathleen made posters announcing the meeting and asking for insight and comments from other students. Those posters were put up in classrooms to notify students of the meeting, except the school took them down and stated that they were not approved by the school, slowing Kathleen down at getting her message out to fellow students.

Stringham had refused to cover up her t-shirt and she had decided to go home with her mother to avoid having her mom and herself arrested. Stringham was not suspended over her peaceful protest, but at the same time she learned a valuable lesson, that school seems to have conflicting double standards when it comes to the dress code and treating students equally, as well as, honoring students rights. After Tuesday, Stringham believes that the school wants to control individuals, limit their rights and deny students of their education over a piece of fabric the school board deems as a violation.

So Wellsboro High School students you do have a say at Monday's meeting, February 24 at 9:00AM at the school, contact Kathleen Stringham and send your concerns and comments to voiceyourownconcern@gmail.com . Also Stringham needs a spokesperson from each grade to speak on their class' behalf. If you need more information on that role send a message to the same email.