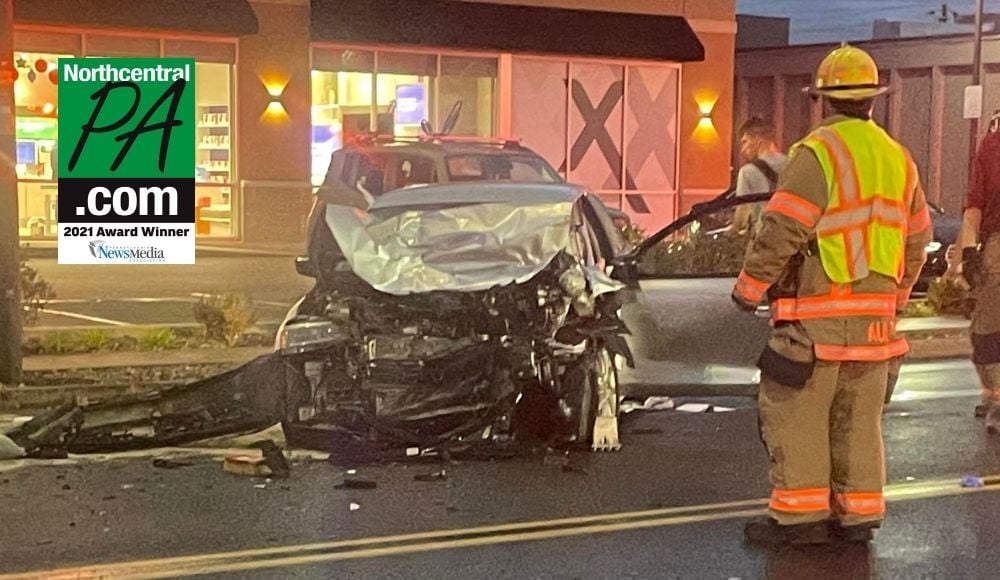 The driver did not survive injuries he sustained in a car crash on E. Third Street in Loyalsock Twp. the night of Thursday, Nov. 18. 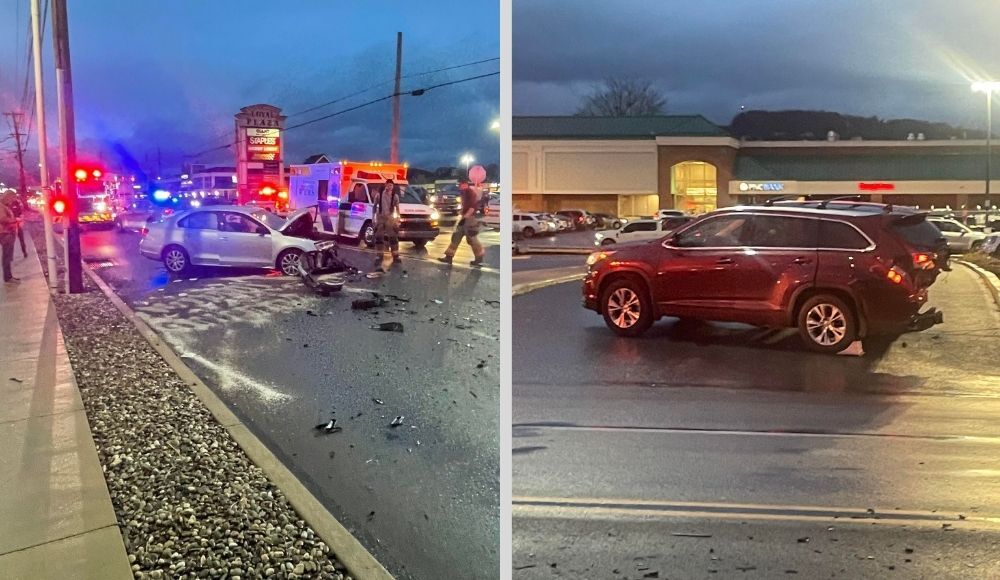 Both vehicles sustained heavy damage. Wagner's Jetta spun into the opposite lane and came to rest.

Williamsport, Pa. -- Traffic was congested on Thursday night on East Third Street in Loyalsock Twp. when a man hit the rear end of a Toyota Highlander.

Ronald D. Wagner, 52, of Loyalsock Twp. was driving a 2015 Volkswage Jetta when he struck the Highlander which was stopped, waiting to make a left-hand turn into the Giant parking lot.

After the impact, Wagner's vehicle came to rest approximately 15 feet east of the initial point of impact with the Highlander, driven by Tracey Harvey, 55, of Williamsport. Harvey was reported to have been wearing a seatbelt.

According to a news release from Lycoming County Coroner Charles E. Kiessling, Mr. Wagner was unrestrained and found to be in cardiac arrest due to multiple blunt force trauma at the time of impact. Resuscitative efforts were continued while in route to the emergency room without success. Wagner was pronounced dead at 5:06 PM, the coroner wrote.