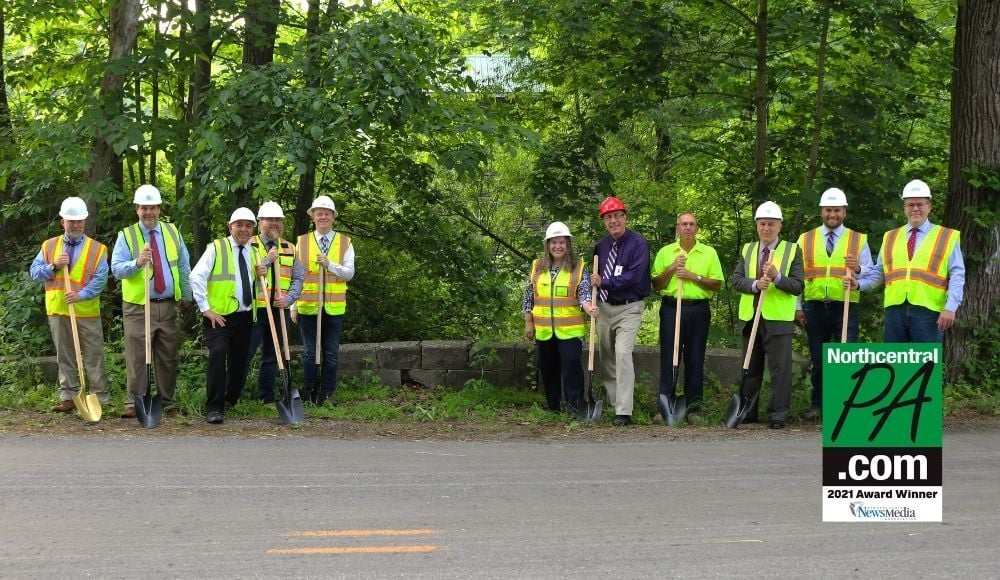 Site preparation begins at the first of 17 aging bridges in Lycoming County to be replaced. A small ceremony kicked off the construction season. 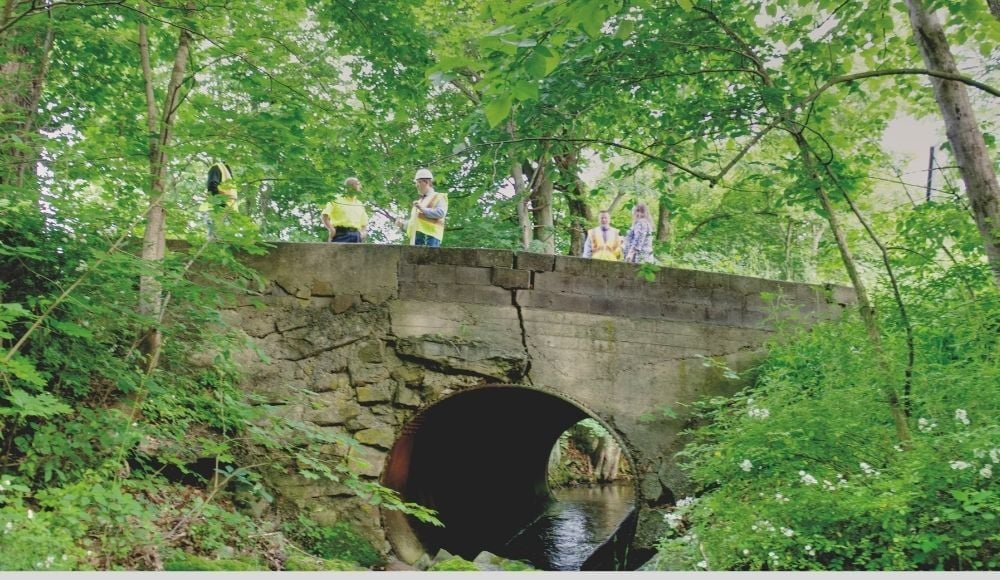 The bridge along Mill Road crosses over a tributary of Antes Creek in Limestone Township near the Village of Collomsville. 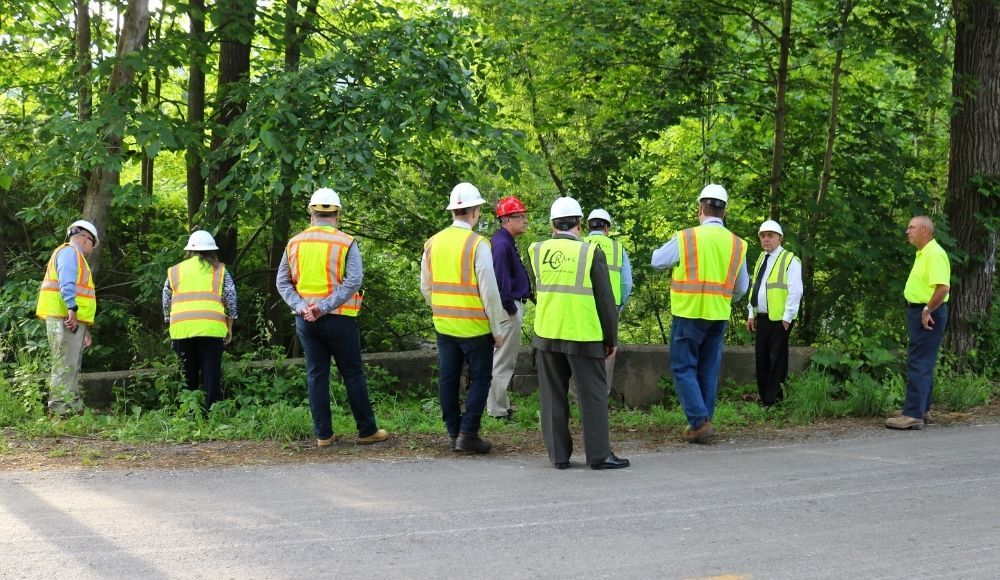 Lycoming County, Pa. -- The construction of the first of 17 bridges to be undertaken as part of the inaugural bridge bundling program sponsored by the Lycoming County Commissioners occurred today at the small bridge located along Mill Road over a tributary of Antes Creek in Limestone Township near the Village of Collomsville.

“This will now be one more bridge in our rural community that the Township will not have to worry about,” said Limestone Township Supervisor Dale Winter.

The new bridge will consist of installation of an aluminum box style bridge replacing a deteriorated steel plate pipe culvert.

Mill Road will be closed by the Township and a one mile detour will be in effect for about five weeks when the new bridge is expected to be open to traffic.

Scott Metzger, Lycoming County Commissioner Chairman said this assistance just doesn’t happen with good intentions and a snap of the finger. “It took our County Planning Department several years of innovative ideas to secure the financing and create a process that would build the most bridges as quickly and cost-effectively as we could to reduce the backlog of poor bridges and realize cost savings at the same time."

Metzger continued, "Building bridges one at a time using the conventional approach would not achieve our goals as there are just too many local bridges to fix in our County using limited resources.”

Commissioner Tony Mussare said, “when we told people attending a town hall several years ago that we wanted to take advantage of the $5 vehicle registration fee authorized under Act 89, most were critical and felt the money would be used for other purposes than fixing local bridges. We assured them it would be used to fix bridges, and we gave them a list of the bridges that would be built."

"Today, we are making good on that promise by fixing a bridge on that list with 16 more bridges to go over the next three years,” Mussare said.

“The program is not just about constructing new bridges but saving money to build even more bridges and also spreading benefits to the local economy,” according to Commissioner Rick Mirabito.

The bid package design was done in a way to "ensure the bridge bundle would be large enough to get cost savings, yet also small enough to allow local contractors to compete in the bid process," said Mirabito.

"This approach worked well when the county awarded the low bid contract to Wolyniec Construction of Williamsport, who submitted a bid that was about half the cost of building a stand-alone bridge and they also have much transportation related experience using locally based employees. It’s the best of both worlds,” Mirabito continued.

Mark Murawski, retired county transportation supervisor and original architect of the county’s bridge bundling program noted the national hype about proclaiming infrastructure week, but said that constant debates in Washington over how to fund the initiative seem to cause delays in progress.

"Here in Lycoming County, infrastructure week starts today as we put our shovels in the ground to build this first bridge. We are glad to help the Township as partners to get things done,” Murawski concluded.