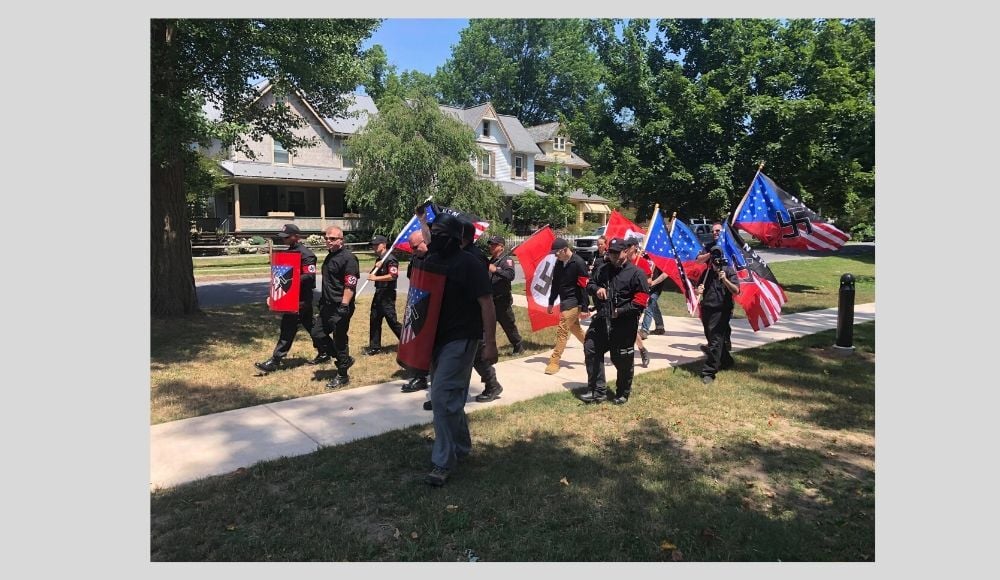 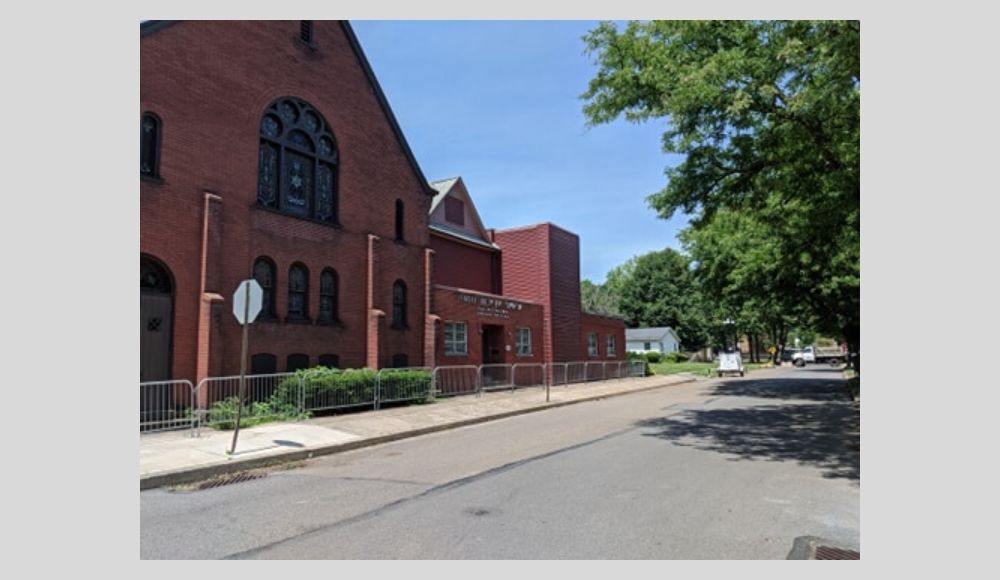 Temple Beth Ha Sholom on Center Street is barricaded with fencing and concrete barriers at nearby intersections. The streets here were empty as of early afternoon on Saturday. 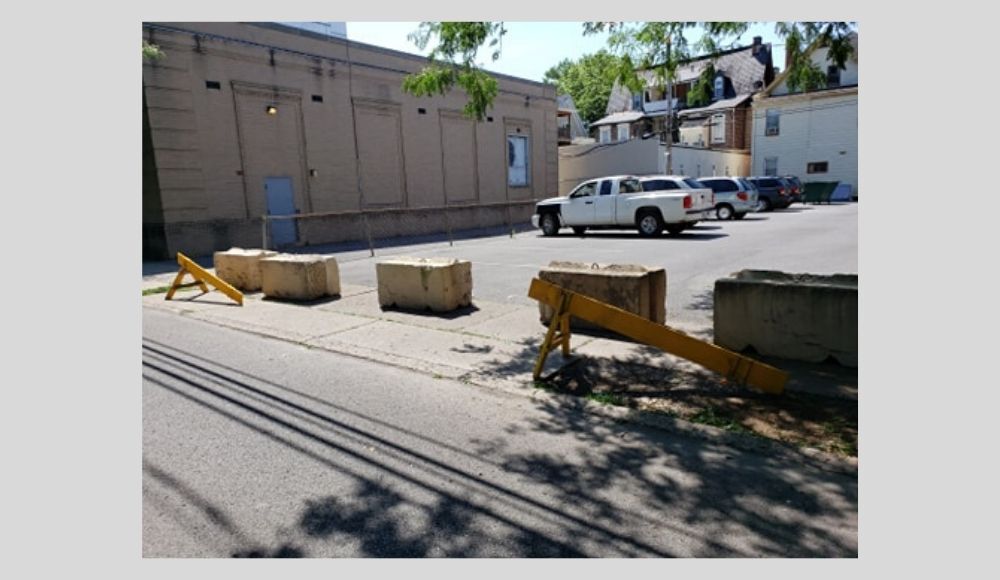 More than 45 barricades have been erected to protect the city's synagogues.

Williamsport, Pa. -- A neo-nazi protest is currently ongoing in the City of Williamsport, and police presence has dramatically increased to protect citizens.

The NSM is marching in Brandon Park.

Williamsport Police Chief Damon Hagan did not comment on Friday regarding whether or not a rally of any type by the National Socialist Movement (NSM) was being planned. The group submitted a request for a permit to gather in Brandon Park on July 18, 2020. That permit request was denied due to COVID-19 restrictions in place by the governor.

At that time, NSM commander Burt Colucci said he had directed followers to attend a gathering on private property in Ulysses, Pa. on July 18. A group is congregating in Bradon Park.

Related reading: Neo-Nazis asking for another rally day in Williamsport this July

On Thursday and Friday, the Williamsport Bureau of Police and the City department of Public Works proactively erected fencing and placed concrete barriers around both city synagogues.

The NSM actively promotes intolerance of those of Jewish faith, as well as African Americans, and the LGBTQ community.

On Saturday morning, Williamsport/Lycoming Chamber of Commerce President/CEO Jason Fink alerted downtown business owners of the potential for civil unrest in an email and advised that there is a "strong public safety presence here in the community, both visible and undercover."

Police are filming the event as it unfolds.

This is an ongoing story which will be updated as necessary on NorthcentralPa.com and on Facebook.