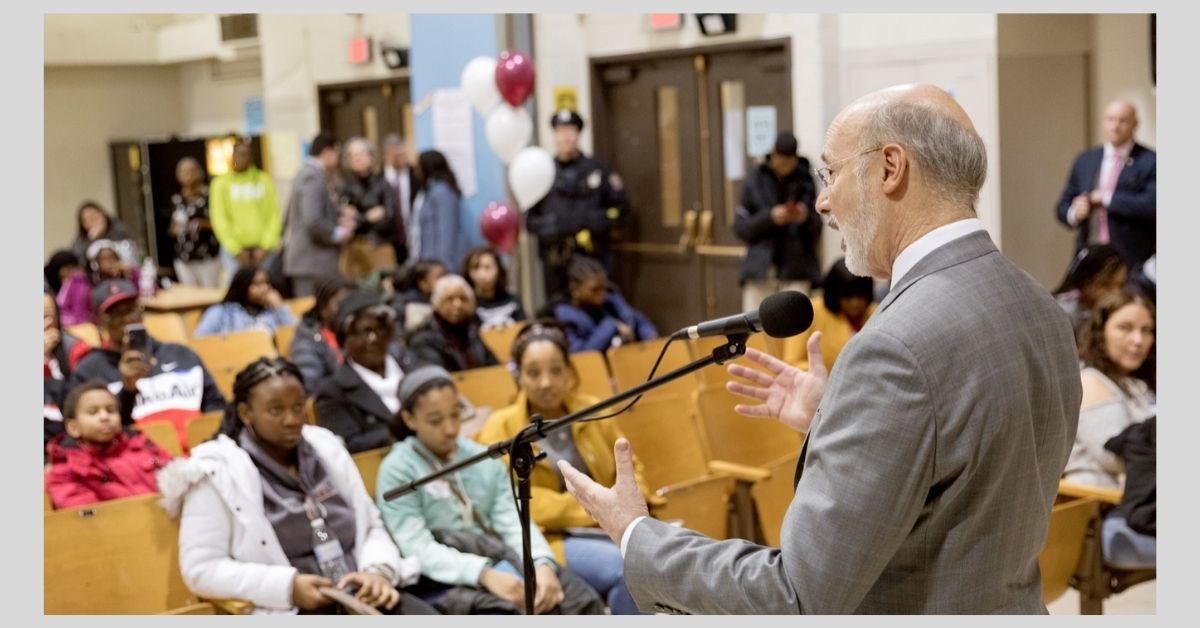 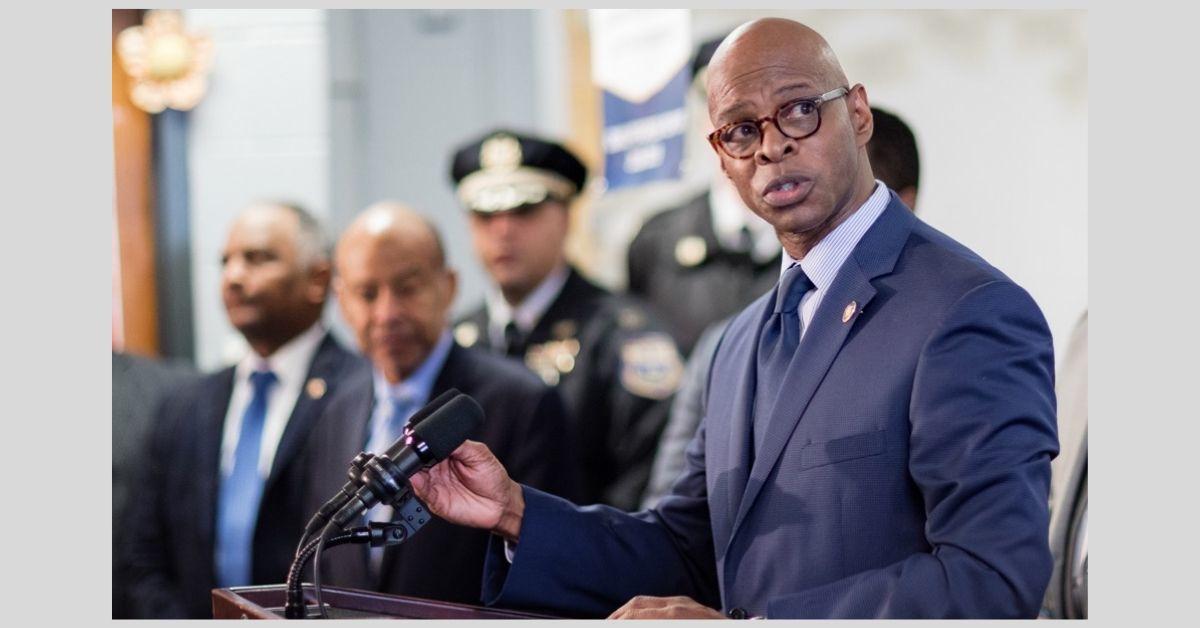 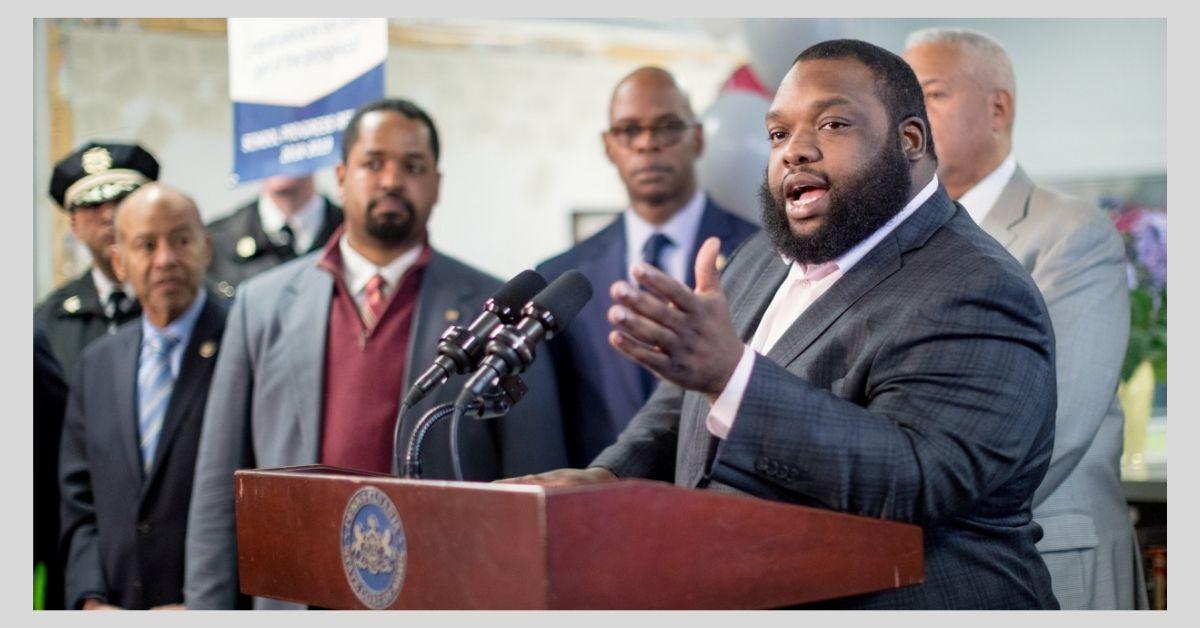 Earlier this week, Governor Tom Wolf joined advocates and legislators at Parkway Northwest High School For Peace and Social Justice in Philadelphia to discuss Community Gun Violence Prevention and Reduction grants, which will be distributed by the Pennsylvania Commission on Crime and Delinquency (PCCD).

“Too many Pennsylvanians have been traumatized by gun violence, so I’m here today because we know we have not done enough,” Gov. Wolf said. “We need to do better. We have an enormous opportunity to improve life in Pennsylvania. Gun violence may appear in different forms in different communities – some places may see on-street shootings while others have a high number of suicides by gun. It’s still gun violence and we need to address it because, ultimately, all types of gun violence result in devastation on families and communities.”

Commission Chair and former Philadelphia Police Commissioner Charles Ramsey joined Gov. Wolf at the event to implore legislators to approve the $6 million grant budget. PCCD has distributed $3 million in grants over the last two years ($1.5 million per year), but Commissioner Ramsey stated that this was not enough and expressed an opinion that $6 million in a single year would provide a significant boost in gun violence prevention efforts.

“The existing grants are funding more police in Luzerne County, a program to engage youth in McKeesport, a community strengthening program in Johnstown, an existing organization doing data-informed gun violence reduction work in Erie, a collaboration between the Pittsburgh Police Department and the Allegheny County Medical Examiners Office that has resulted in a 28 percent reduction in gun violence and an almost 50 percent reduction in homicides,” Gov. Wolf said. “I want to replicate the success of these programs in every corner of our commonwealth.”

The grant money will be used to fund community programs as recommended by the governor's Special Council on Gun Violence, which researches evidence-based and promising strategies for preventing suicide by gun, community gun violence, domestic violence, accidental shootings, and mass shootings.

“I want the youth to know that we care about them and we want their futures to be full of hope and success, not trauma due to gun violence,” said Senator Haywood. “There are solutions to reduce gun violence in Pennsylvania, and I am happy to stand with Governor Wolf and my colleagues in the General Assembly to support these actions.”

“I’m extremely pleased and support Governor Tom Wolf’s proposal to keep Pennsylvanians safe;” said Representative Kinsey. “Gun violence has become a public health crisis, cutting short the lives of too many people across our commonwealth, especially here in Philadelphia. Governor Wolf recognizes this and has stepped up to the plate with plans to increase funding thus giving us additional resources that will assist us in battling this threat to the health, safety, and welfare of the people of Pennsylvania.”

“Increased funding to evidence-based gun violence prevention programs isn’t just an investment in our present, but in the future of the young men and women in our neighborhoods who everyday face the risk of getting shot and killed,” Senator Anthony Williams said. “Keeping illegal guns off of the street and giving young people the resources they need to become working, voting, thinking citizens helps all Pennsylvanians toward a safer and more prosperous future.”

“Governor Wolf has been a tremendous ally in supporting Philadelphia, and it’s an honor to stand with him and my fellow Philadelphia legislators today to announce more initiatives to help make our streets safer,” Representative Harris said. “Philadelphia just saw a pregnant woman and her unborn child lose their lives to senseless gun violence. We cannot allow this scourge of violence to continue taking lives in our city.”

School District of Philadelphia Superintendent William R. Hite, Jr. added, "Gun violence is a public health crisis affecting far too many of our students in Philadelphia. I am grateful to Governor Wolf for making this issue a priority and fighting for the necessary funding to make our neighborhoods safer."

Principal Jeffrey MacFarland also added, “Our school community is honored to have Governor Wolf here as an advocate for change on the gun violence issue. Our students deal with the impact of gun violence on a daily basis, which is why our work as a school for peace and social justice is so important to create and maintain schools as safe spaces for personal and academic growth now and always.”