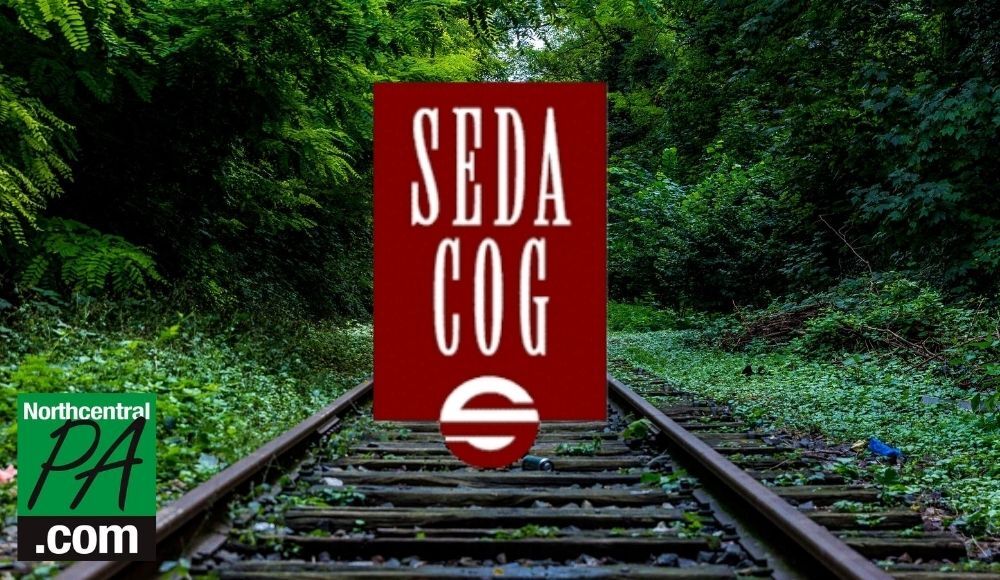 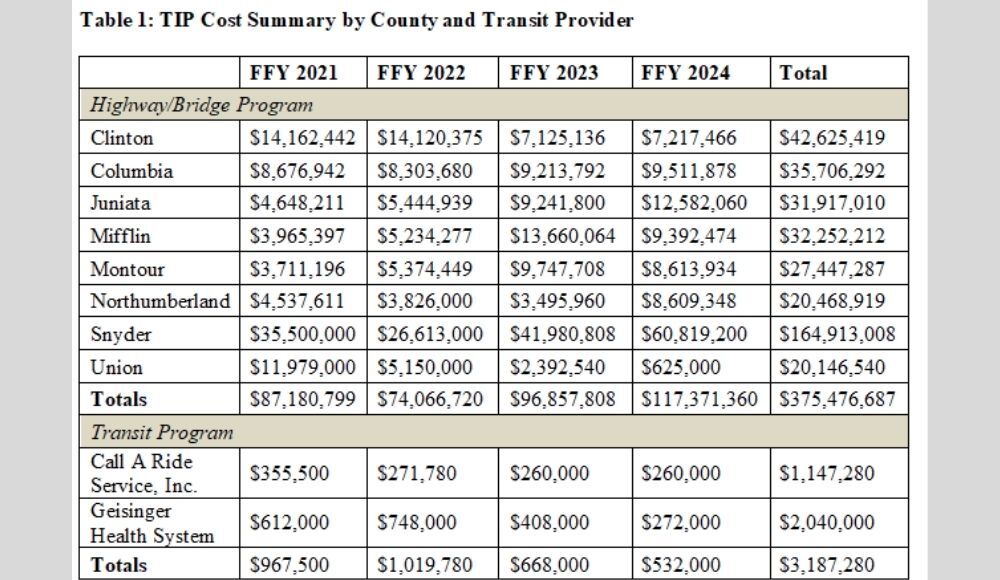 The TIP is an agreed-upon list of priority projects within the eight-county region, consisting of 229 projects to address over the next four years.

“Despite the challenges presented by the coronavirus pandemic and constrained funding, this is a key update for the region because we continue to collaboratively advance and invest in the region’s transportation network,” said Jim Saylor, SEDA-COG Transportation Program director.

The TIP projects are valued at $376 million over the next four years. State funding is expected to cover 71% of the project costs, with local funding at less than 1% and federal funding at 28%.

Some of the major projects on the TIP include:

The TIP includes 23 local bridges, including one in Snyder County, two in Mifflin County, three in Clinton and Montour counties, four in Columbia and Northumberland counties, and six in Union County. Additional new local bridge projects may be addressed through the TIP in the future using cost savings or special initiatives.

Transit projects worth $3.2 million for Call A Ride Service Inc. in Mifflin and Juniata Counties and Geisinger Health System's LIFE program are also included in the TIP.