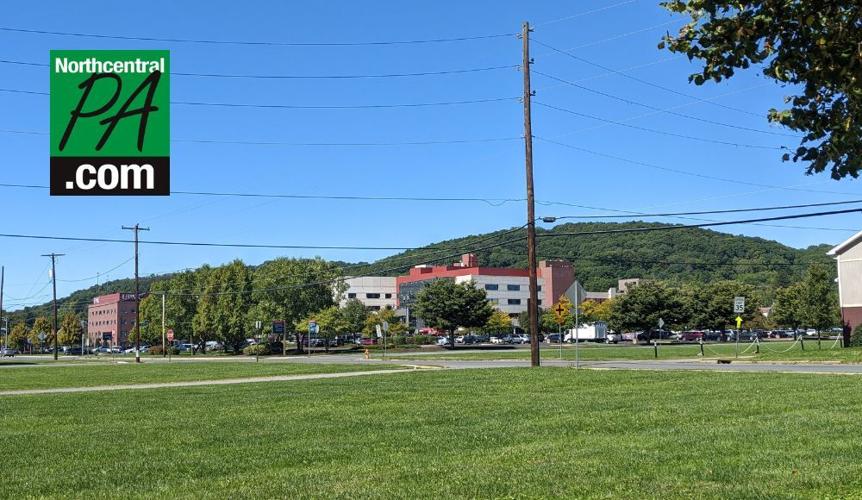 This plot of land on the corner of High and Cherry Streets is a possible location for a new coroner's office. 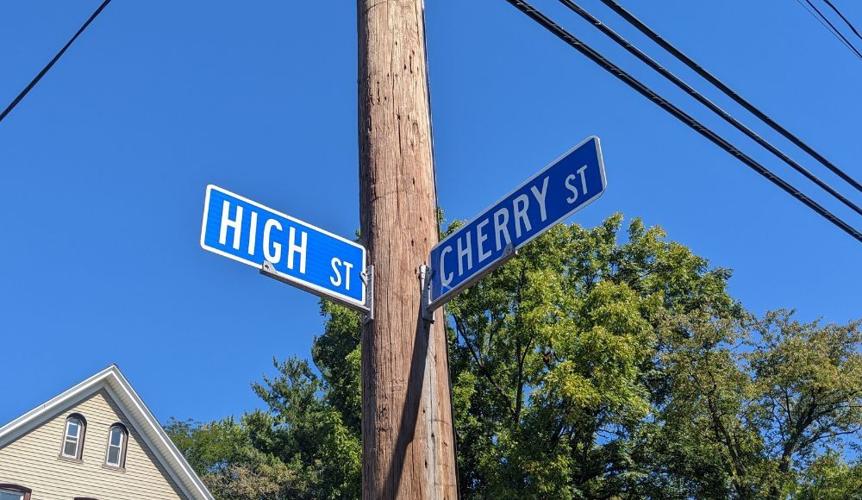 The coroner does not feel like the location on High and Cherry would be an optimal spot. 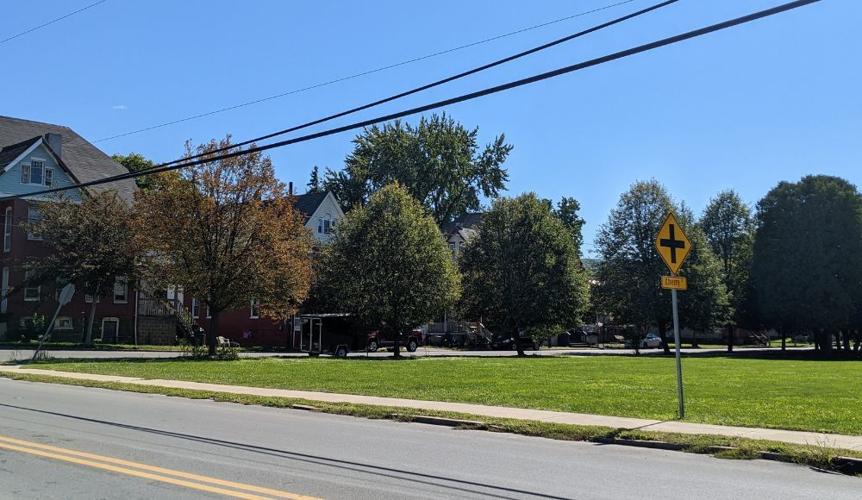 Commissioners say the land is an ideal location to build an office for the coroner.

Williamsport, Pa. — The Lycoming County Coroner took to social media last week, looking for land that would suit a new building to house his office, a decontamination unit, garage for the county vehicles, and potential space for a forensic pathologist.

According to Chuck Kiessling, Jr., he and the Lycoming County Commissioners met with UMPC officials earlier in September to discuss available land near the hospital where they could build a new facility.

"The hospital will sell property on the corner of High and Cherry," said Kiessling. "That's not an ideal location. It's also not a convenient location."

Kiessling said that safety must come into consideration. "We're at the center of death investigations," he noted, including homicides and drug deaths, and there are occasions when he and his staff bring evidence back to the office from a scene. "I feel that we would have to wear ballistic vests and carry firearms to ensure our safety."

He also said they travel to all parts of the county and beyond in a 1,200-square-mile radius, and finding ground near the 180/15 corridor would make access much easier, and allow them to respond to calls much more quickly.

Commissioners Scott Metzger and Tony Mussare disagree with the coroner's assessment of safety, but said they could erect a fence and provide adequate lighting as safety measures.

No price has yet been discussed for the land, but Mussare said UPMC would likely do better than a fair market assessment, as they are "excellent partners" with the county.

Mussare added, "it's close to the hospital, which is an advantage if we were to hire a forensic pathologist down the road."

"It's a perfect location," said Metzger. "It is an ideal fit for the campus, it would add to the neighborhood. The land is flat, already has utilities, and we would get it at a reasonable price," he added.

Commissioner Rick Mirabito maintains that renting space to own in an existing building is a reasonable option. "The commissioners haven't taken any official vote," he said in response to Kiessling's post about building new construction on the hospital property or otherwise.

"We need to consider what is economical and efficient," Mirabito said. Without estimates on cost of new construction, the county could spend an amount many times greater than what they might spend on a lease.

Steps needed to proceed with the UPMC option, according to Metzger, include getting an appraisal on the cost of the land, and gathering rough estimates for construction based on square footage and the coroner's needs.

At one point, there was talk of either buying or renting a building on Arch Street in Newberry.

"It's a shed as far as I'm concerned," said Mussare about the Arch Street property. He noted that even if they could acquire the building, it would require considerable costs in renovations to make it useful. It's also too large of a building—27,000 square feet—which he said is more space than needed.

Outright purchase of the building is not an option because of it's assessed value. "The assessment of the Arch Street property is $1.7 million, and the owner wants $3.5 million," Mussare said.

Mirabito said if they could lease to own, they could tailor the site to function as a multi-use facility, also housing District Magistrate Christian Frey's office, which needs to relocate, and adding central processing. "Lycoming County has one of the lowest rates of fingerprinting in the state," he noted.

For lease comparison, Mirabito said, the county rents the Joinder building on Academy and East Street in the city, near Basin Street, for $41,012 a month. That building is home to Lycoming-Clinton Mental Health & Intellectual Disabilities services and Lycoming County Children & Youth.

"Since January of 2011, the county has paid $16 million in rent for that building," Mirabito said.

Leasing the Lundy building on Arch Street would cost $14,000 a month, according to Mirabito.

Metzger said he is staunchly against leasing any additional property and stood firmly against the rental situation in the Joinder building.

"I want to own," he said. He liked the option of Children & Youth and mental health services moving to the county-owned Third Street Plaza building, but acknowledged that parking is an issue.

Kiessling has not been shy about his frustration with the lack of action from the commissioners. "Every five years I've been in office, I've moved my office," he said. He has been in the courthouse, and moved around among three of the four floors of the Executive Building on Pine Street.

Without a dedicated facility, the staff have to drive the county vehicles to their homes every day. "We have to wash blood and bodily fluids down our driveways," he said. "We take home soiled clothing to our own laundry rooms."

In the winter, the vehicles kept outside are cold, batteries are dead, cameras don't work. "If we could keep them in a garage, everything would be charged and ready," Kiessling said.

The county also stores two mass fatality trailers off site where there is no heat or running water.

In 2022 alone, the coroner's office has processed 423 total cases. Since the pandemic started, they have counted 578 COVID death cases.

"We have five hospitals and one morgue. Geisinger Muncy does have one small cooler for overflow, but it's not a large capacity," Kiessling said.

All three commissioners acknowledged the hardships and the need to make a prompt and financially responsible decision and take action.

"If we buy the UPMC property, we can have this done within a year," said Metzger. "This thing has been drug out way too long."