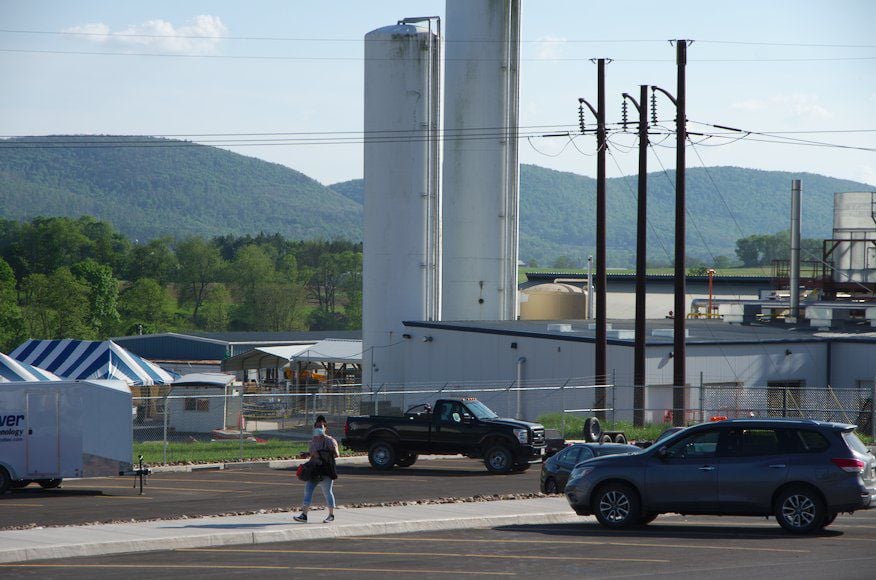 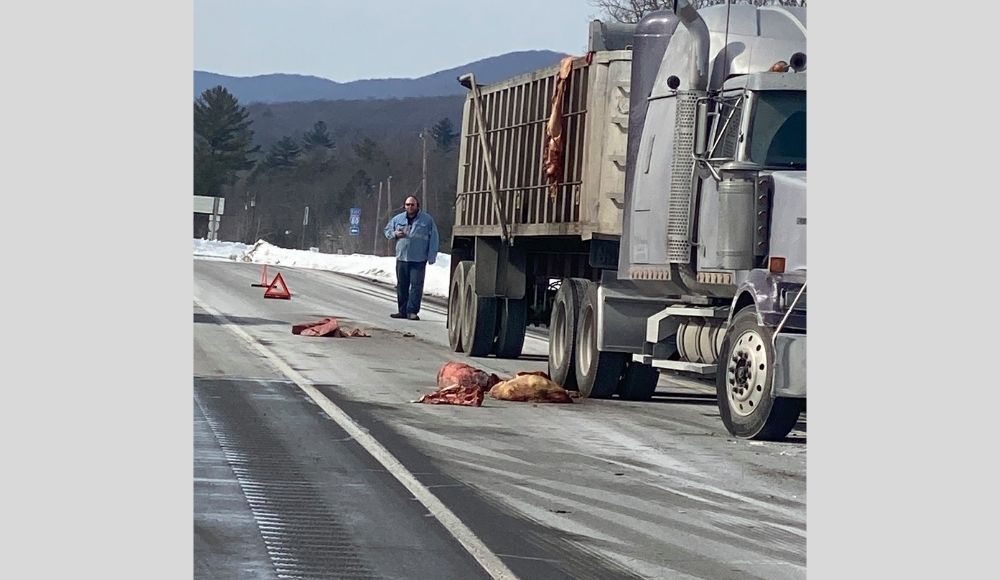 Residents in the Loganton area have complained more than once of a mess on the roads leading from Nicholas Meat.

Loganton, Pa. – Nicholas Meat LLC on Spruce Run Road in Greene Township, Clinton County today was "winding down operations" and expected to shut down by 3:30 p.m., according to Brian Miller, Director of Sustainability at Nicholas Meat.

After a February 8, 2021 inspection of the facility, DEP issued a cease and desist order to the meat processing facility. The issue is not to shut down operations entirely, but to stop spreading "Food Processing Residuals" on surrounding snow-covered fields.

An FPR is an incidental organic material generated by processing agricultural commodities for human or animal consumption.

"DEP has not ordered the Nicholas Meat operation to shut down," clarified Megan Lehman, environmental community relations specialist with DEP. "In response to numerous community complaints, DEP has taken enforcement action within its authority to ensure that the Commonwealth’s environmental regulations are followed in order to protect the environment and public health," Lehman said.

Land application of 150,000 gallons per day "of blood and animal residue" is permitted according to the best practices manual for food processing waste. However, the manual specifically states that "field application of FPRs is not permitted on snow covered ground.' The failure to implement best management practices is a violation of 25 Pa Code Chapter 287. 101(b)(2)."

The corrective action issued by DEP was to "immediately cease land application of FPR to snow covered fields."

Nicholas Meat issued a statement on the heels of the order, saying, "Unless something changes, we’ll be forced to temporarily shut down the plant Tuesday until improved weather conditions permit us to spread FPR and reopen our plant.”

The statement further said, "A closure impacts more than 350 essential employees at the plant and 150 contract workers, hundreds of farmers and cattle buyers, and will impact the beef supply for consumers."

“If action is not taken to reverse the shocking decision of the DEP, these people will be without jobs and income to support their families,” said Doug Nicholas, Chief Operating Officer, Nicholas Meat.

“These are the same employees who have shown up to work every day to feed Pennsylvania families despite challenging times. During the COVID-19 pandemic, the plant never shut down, because we were able to ensure that safety standards were in place to help these essential workers do their jobs and contribute to our nation’s food supply.”

A Nicholas Meat statement referenced an early 1990s narrative drafted in response to spreading FPR on snow covered fields. The principal author of the DEP’s Pennsylvania Food Processing Residual Management Manual, Robin C. Brandt, PhD, P.E., wrote to the DEP at that time in support of Nicholas Meat’s continued land application of FPR – year-round and including the application of FPR on fields that are snow-covered.

DEP said Nicholas Meat recently appealed DEP’s order to the Environmental Hearing Board, and the company also asked to be relieved of the order’s obligations until a thorough hearing can be held on the matter.

"Up to this point, the Environmental Hearing Board has twice denied that request, and has ruled that the DEP’s order is now in effect," said Lehman.

DEP recently issued permits to Nicholas Meat for the construction of a waste digester, which is hoped to provide a long-term, sustainable solution.

Multiple legal options have been available to Nicholas Meat to manage its food processing residual, according to Lehman, described in part within the Food Processing Residual Management Manual. "The choice to shut down facility operations is solely theirs," Lehman said.

In October, a WNEP I-Team investigated the ongoing issues the community has brought up with Nicholas Meat. In their report, WNEP cites Trish Leigey, who has filed several complaints with the DEP, claiming that animal byproduct runoff from a nearby field contaminated her water.

However, storage for the residual waste the process generates has not expanded. "That growth, coupled with an unusually long standing snowpack and no backup plan, is the genesis of this issue," said Lehman.