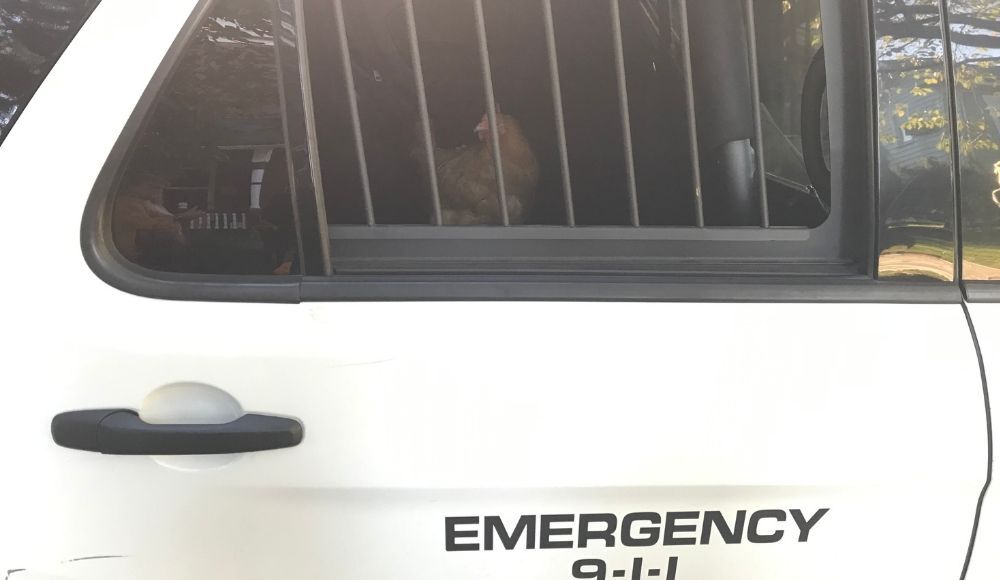 The chicken was taken into custody after leading police on a lengthy pursuit. Photo provided by Shana Eichenberg. 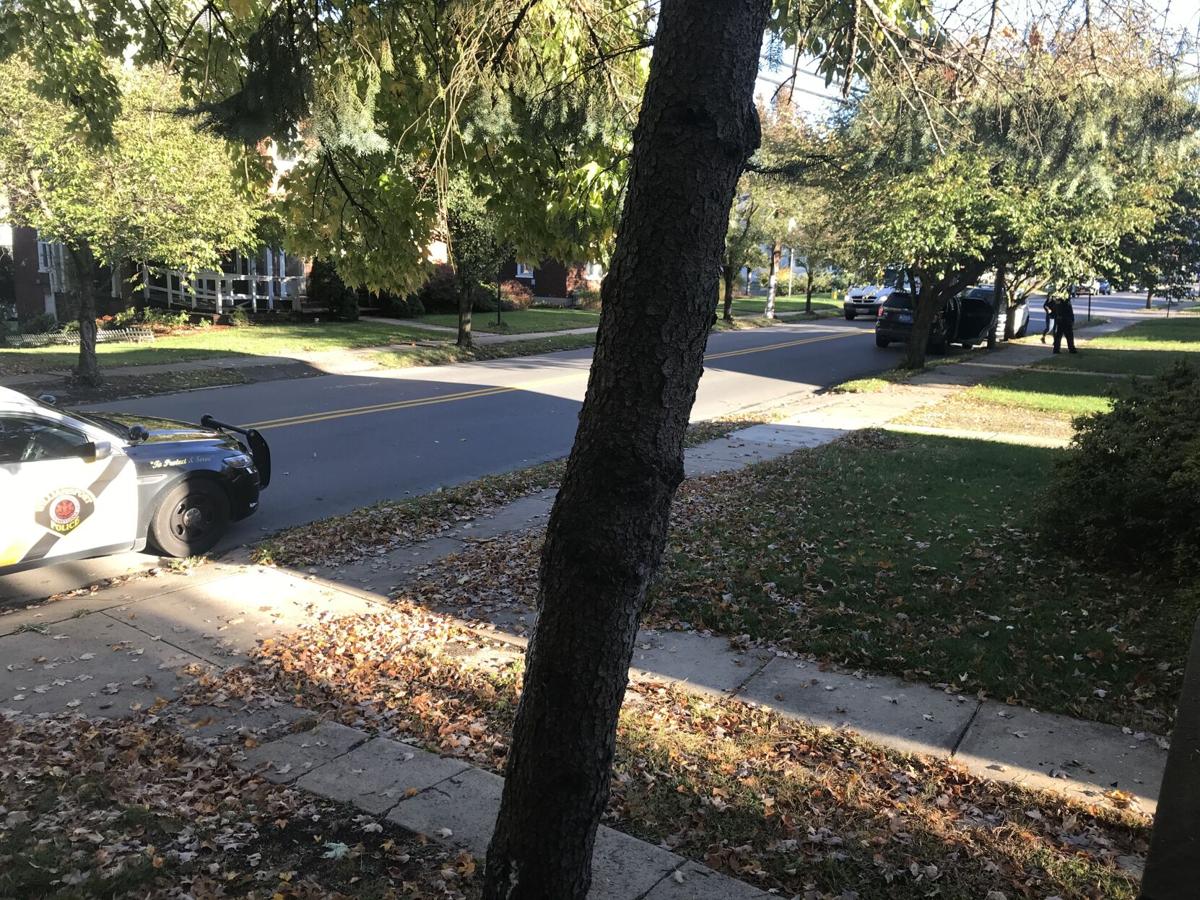 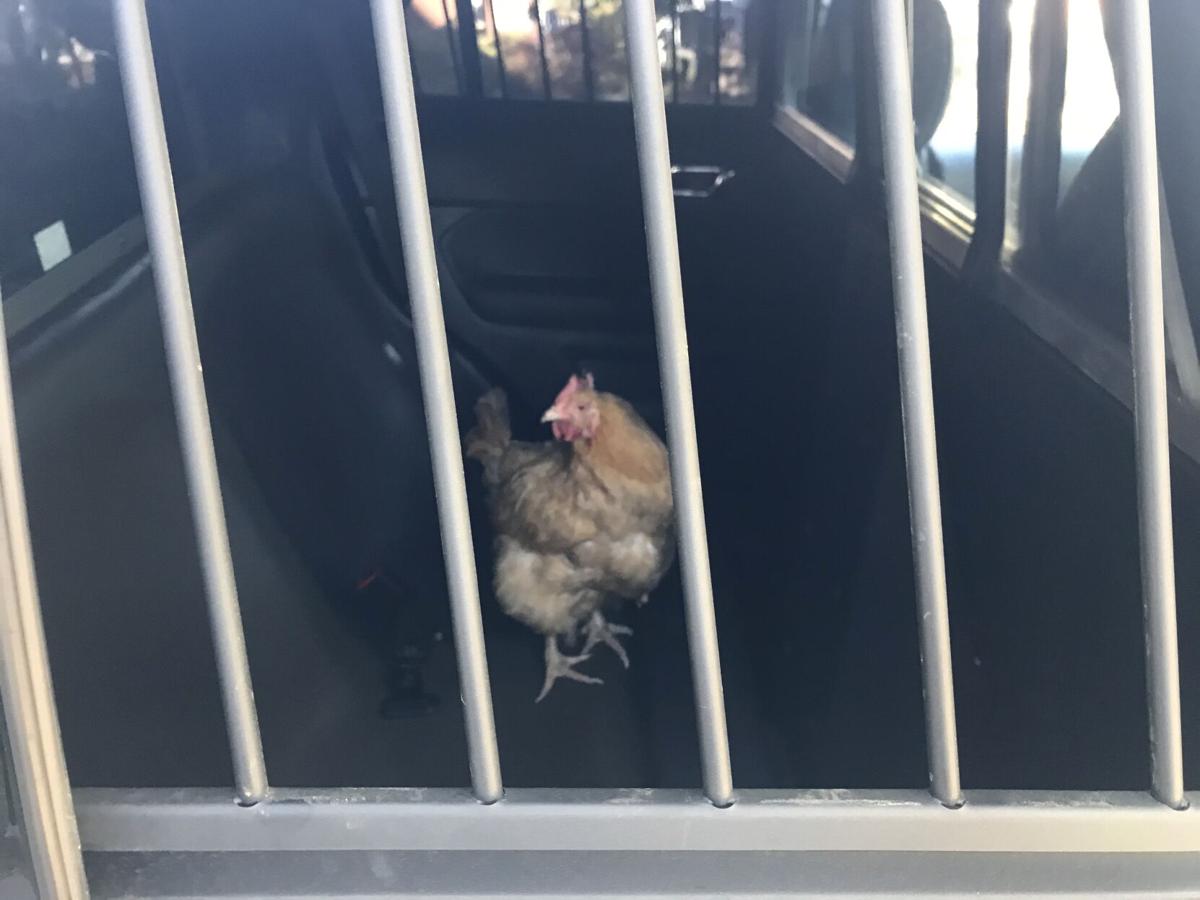 A close-up shot of the chicken inside the police car. Photo provided by Shana Eichenberg.

Williamsport, Pa. – Multiple members of the Williamsport Police Department were led on a lengthy foot pursuit by an escaped chicken on the 700 Block of Arch Street yesterday afternoon.

The unnamed chicken was reportedly "pecking around" the local bushes when three police cars arrived to the scene, according to a witness at the scene Shana Eichenberg.

The bird was described as a healthy weight, approximately 14 inches tall, with tan feathers.

It is unknown how it arrived in the Arch Street neighborhood and the chicken opted to remain silent, uttering only a few "clucks."

The Williamsport Police gave the chicken a free ride to the Lycoming County SPCA, where she will be cared for until she can be safely returned home.