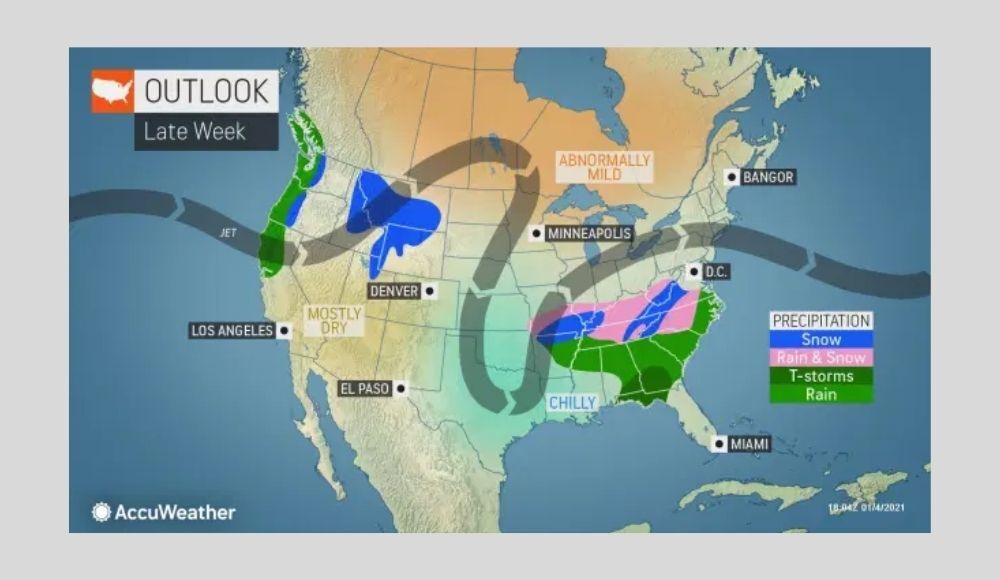 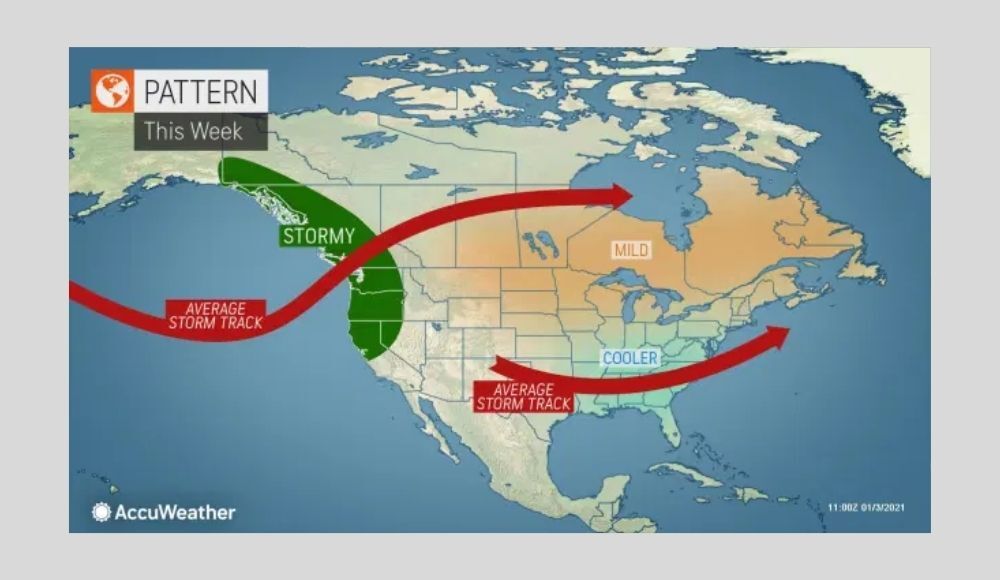 Forecasters say true Arctic air is nowhere to be found over the next couple of weeks in the central and eastern United States and Canada. However, polar chill may just be biding its time before unleashing a bitter blow.

"A very stormy pattern across the northern Pacific along with a strong area of high pressure over eastern Canada and Greenland, known as a 'blocking high,' will be the main drivers for weather across North America through early January," explained AccuWeather Senior and Lead Long-Range Meteorologist Paul Pastelok.

"Relatively mild Pacific air will be directed across Canada and the northern tier of the U.S., preventing any intrusion of Arctic air."

Much of the northern Plains, Great Lakes and Northeast will spend the majority of the week or so with temperatures around 5-10 degrees Fahrenheit above normal.

For places like Fargo, North Dakota, this translates to high temperatures in the upper 20s to lower 30s F rather than normal highs in the upper teens.

North of the border, from the Canadian Prairies into Quebec, the warmth will be even more pronounced when compared to normal.

"Many parts of central and eastern Canada will 10 to 20 degrees above normal over the next week or so," said AccuWeather Senior Meteorologist Brett Anderson. "Some parts of northern Quebec could even challenge or set all-time records for warmth in January."

But while areas north escape the bitter cold for a while, farther south it will be a little different.

"This pattern will help to push storm systems farther south. So while much of the northern Plains into the Great Lakes remains drier and milder, the southern Plains and Southeast will still be relatively cool and more active."

In the wake of a storm system that spread a slippery snowfall over the Midwest and Northeast this past weekend, cooler air will remain in place across the South. Later this week and into next weekend, the next couple of storm systems will develop, leading to a chilly rain and helping to keep things cooler across the region.

"The chilliest temperatures compared to normal will be closest to the central and eastern Gulf Coast, where many locales will average around 5 to perhaps 10 degrees below normal," Pastelok said.

Despite the lack of Arctic air, forecasters warn it still doesn't mean there will be no chance for snow.

"Certainly the pattern will not be conducive the next couple of weeks for large, blockbuster snowstorms that can bury communities like we saw later in December," Anderson explained. "But as these storms come out of the Southeast they will tend to track up the mid-Atlantic coast, and, depending on specific strengths, tracks and timing, could still spread some accumulating snowfall across parts of the Northeast at times."

"Being generally more minor events, they could still catch some people off guard with some bouts of slippery travel and brief disruptions," Anderson cautioned.

However, later in the month forecasters are warning all of this could take a drastic turn.

"Many of the chips are beginning to line up to suggest we will see a shift of the polar vortex and an Arctic invasion across the central and eastern U.S. and Canada toward the end of the month," Pastelok warns.

"The pattern also looks favorable for the bitter Arctic blast to be ushered in by a big storm somewhere in the eastern U.S."

"Enjoy the 'warmth' while it lasts," Anderson says, "because Old Man Winter is looking to return with a vengeance."