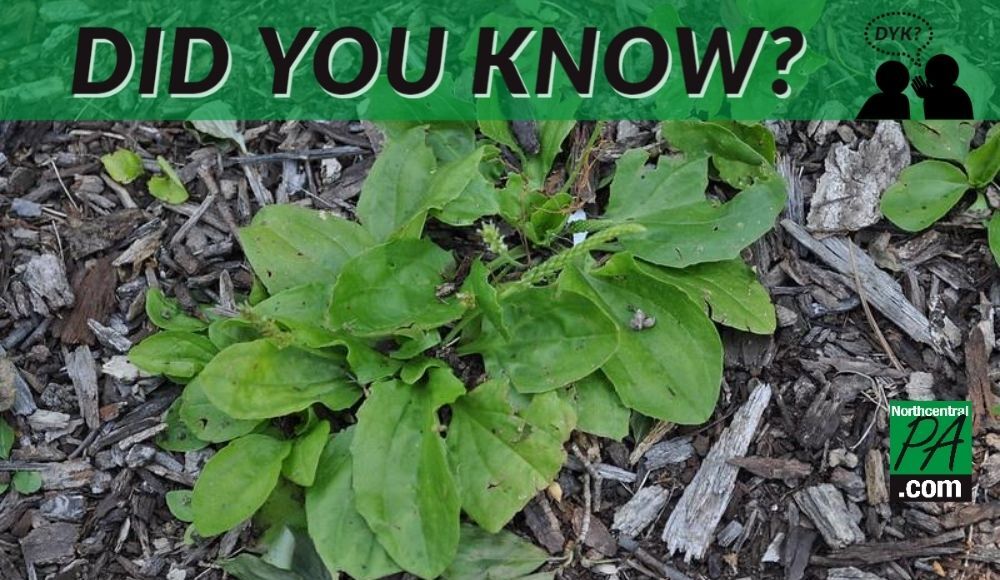 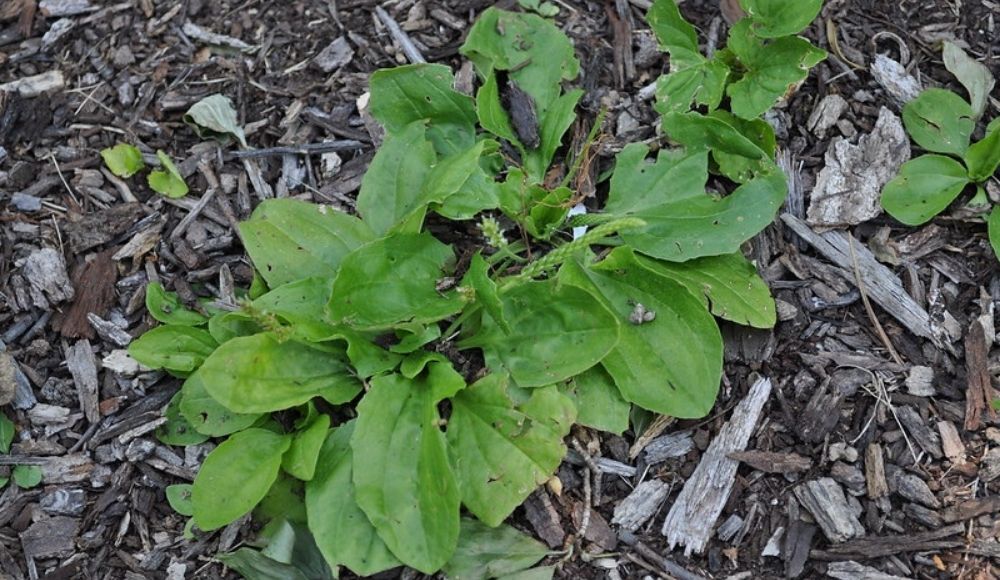 Photo of a broadleaf plantain by Cornell University. 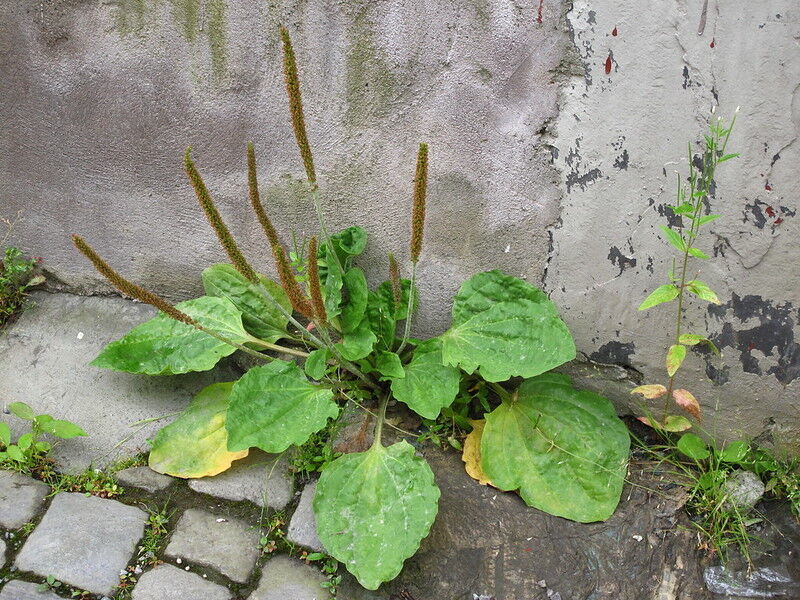 A Broadleaf Plantain growing along the sidewalk. 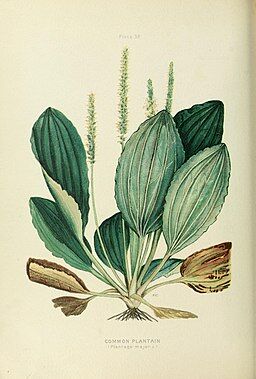 Drawing of Plantain from Farm Weeds of Canada (1906)

Photo of a broadleaf plantain by Cornell University.

If you've been outside this summer, you've probably come across this hardy plant. Known as a "Broadleaf" or "Broadleaf Plantain." It grows best in rocky, disturbed soil and often sets up shop in side-walks, rocky pathways, between crop rows, or even in your own backyard.

A non-native species, the Broadleaf came to the United States during the 1600s by allegedly hitching a ride with Puritan colonists. The Native Americans referred to the plant as the “White Man’s Footprint,”  because it thrived in the ecosystems disturbed by the European colonial settlements.

While the invasive species can be an intractable weed, the Broadleaf is also be a rich resource for wilderness first-aid, herbal healing, and a delicious ingredient for your next summer salad.

The plant is a go-to remedy for hikers, backpackers, and outdoor enthusiasts suffering from bug bites, bee stings, and nettle leaf or poison ivy rashes. The plant draws toxins from the body with its astringent nature.

Additionally, it can be used as a quick solution for small wounds or scrapes. The plant has coagulating properties which help facilitate blood clotting. Bandage the area and allow the plantain to work its magic for 4-12 hours. It also makes a great topical remedy for hemorrhoid pain.

The broadleaf is renowned for its healing effect on the digestive system. It can be helpful for people who suffer chronic digestive problems due to over-use antibiotics, anti-inflammatory or pain medications, food allergies, or Celiac disease.

You can use the leaves or seeds as a digestive remedy. The leaves may be steeped as tea, added to soups, or dried with a sauce similar to kale chips. The seeds – a type of psyllium – can be ground or soaked to create an absorbable fiber which, if consumed before meals, may help with regularity or weight loss.

This little plant is jam-packed with anti-inflammatory compounds of flavonoids, terpenoids, glycosides, and tannins making it a useful for easing menstrual pain, arthritis, skin irritations, and more. Of course, you should never substitute the Broadleaf Plantain for any regular or prescribed medications.

Next time you do some weeding, think twice about killing this useful plant. Doing so might save you spare you some pain later on.