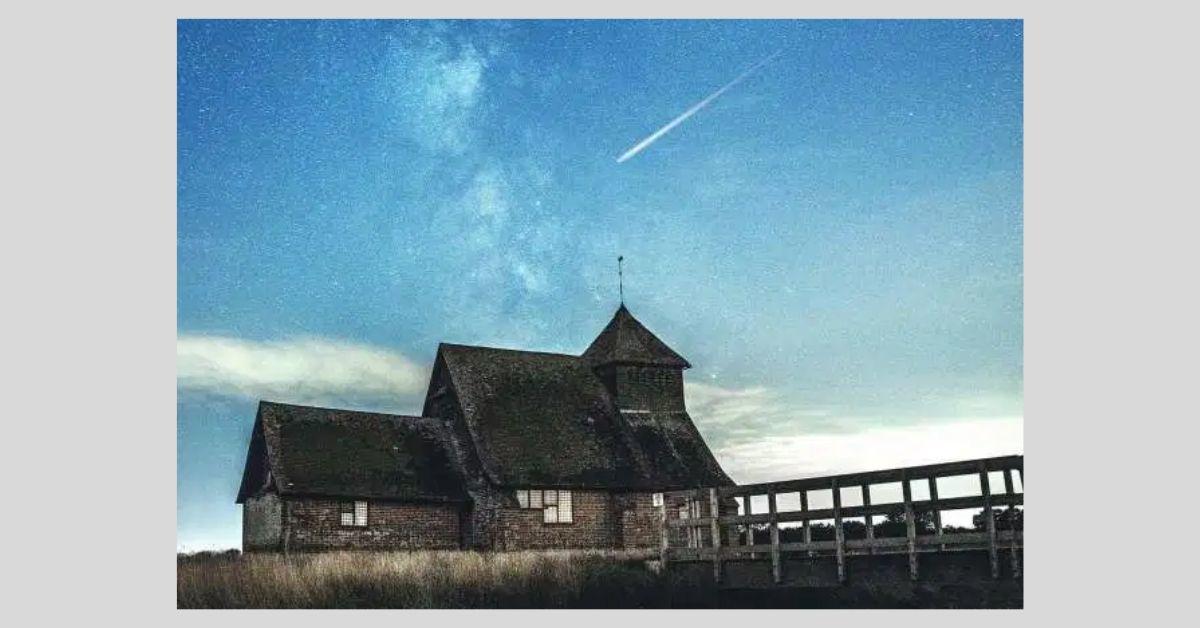 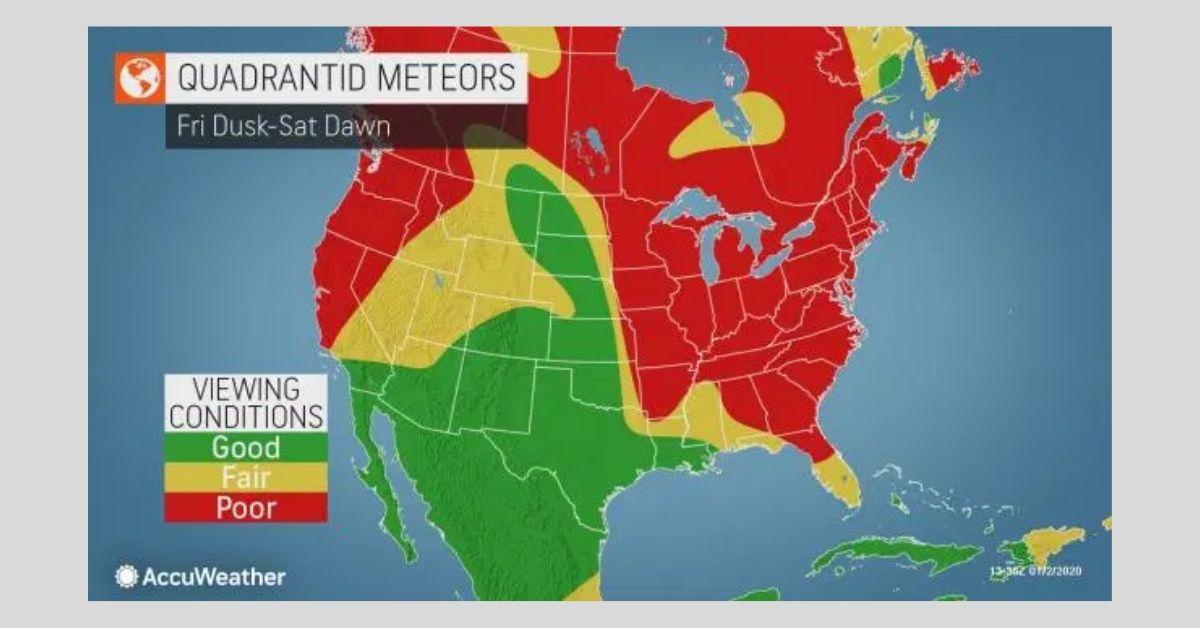 The new year will kick off with a major meteor shower, and all signs are pointing toward a dazzling display in the sky on Friday night as long as Mother Nature cooperates.

The Quadrantids often go overlooked during the frigid nights in early January, but people that brave the cold this year may get rewarded as the ingredients are coming together for a good showing over North America.

January’s lone meteor shower will peak on Friday night into the pre-dawn hours of Saturday morning and, under ideal conditions, can spark over 100 meteors per hour in the dark winter sky.

Unlike most meteor showers that have a broad peak over several days, the Quadrantids have a sharp peak that lasts just a few hours. In 2020, the International Meteor Organization (IMO) is projecting that the Quadrantids will peak around 3 a.m. EST Saturday, which is an ideal time for North American observers as it will be dark across the continent.

The best time to watch a meteor shower is when the radiant point is high in the sky, and that will be the case for the Quadrantids when they peak early Saturday morning. Shooting stars will originate from near the constellation Ursa Major, more commonly known as the Big Dipper. However, shooting stars will be visible in all areas of the sky.

Finally, the moon will be below the horizon during the second half of the night, greatly reducing the amount of natural light pollution.

With these three ingredients coming together almost perfectly, folks across North America may be able to count anywhere from 60 to 200 meteors per hour before daybreak on Saturday morning, according to the IMO.

The only obstacle that onlookers will face is cloudy weather.

Unfortunately for stargazers in the eastern U.S., a large storm system could potentially disrupt viewing conditions.

The storm is expected to produce rain over areas from New England to the Appalachians, the Ohio Valley and the lower Great Lakes region to end this week, according to AccuWeather Senior Meteorologist Alex Sosnowski.

"The rain is likely to become fragmented as it moves into the Northeast; some locations will get soaked and others will barely receive a couple of showers," he said.

In the West, a series of unrelenting storms spilling into the region will also promote cloudy and unsettled conditions, thus reducing chances to catch a glimpse of the shower.

For those in South America, even if clear weather prevails on Friday night skywatchers across the continent will not be able to see the Quadrantids as the shower is only visible in the Northern Hemisphere.

With all signs pointing to 2020 being a good year for the Quadrantids, stargazers will need to do their part to be in the right place to see the flurry of meteors early Saturday morning.

Meteors associated with the Quadrantids can be faint, so being in a dark area is crucial. Light pollution from nearby cities or highways can wash out these dimmer meteors, greatly reducing the number of shooting stars able to be seen.

People should also pack their patience when heading out for the meteor shower.

“You will want to dedicate at least 45 minutes to an hour to get the most out of your meteor shower experience,” AccuWeather Astronomy Blogger Dave Samuhel said. “Your eyes need a solid half hour to adjust. Then give yourself another half hour to take in the meteors.”

After the Quadrantids have passed, stargazers will need to wait until the spring for the next opportunity to see a meteor shower. The meteor shower drought will come to an end on the night of April 22 with the peak of the Lyrids.