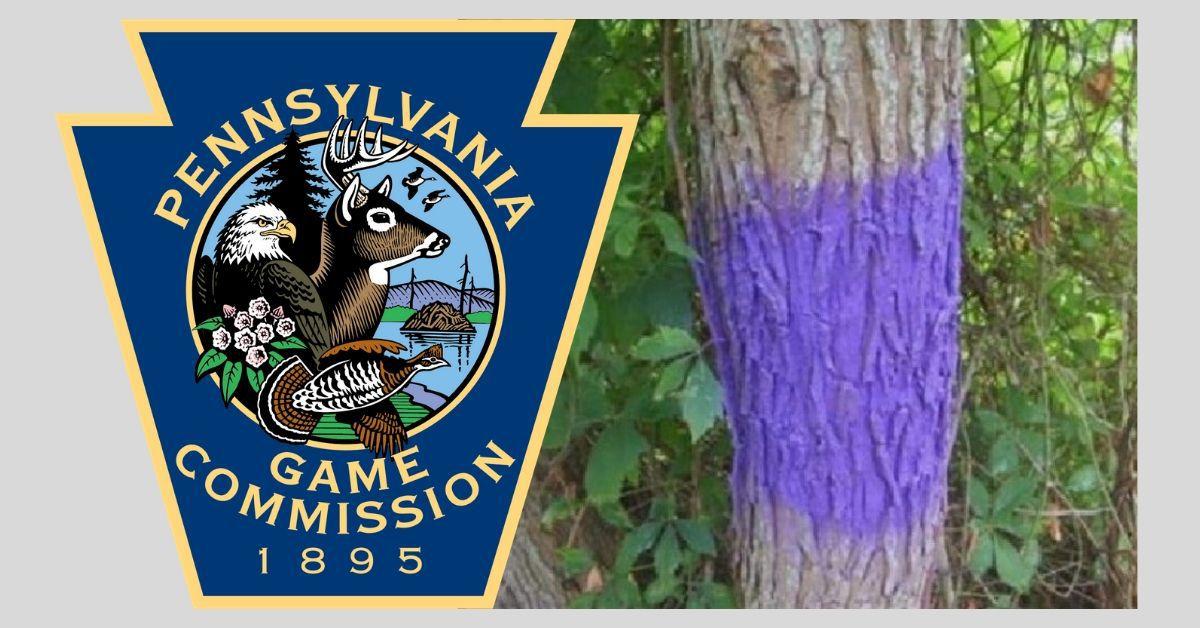 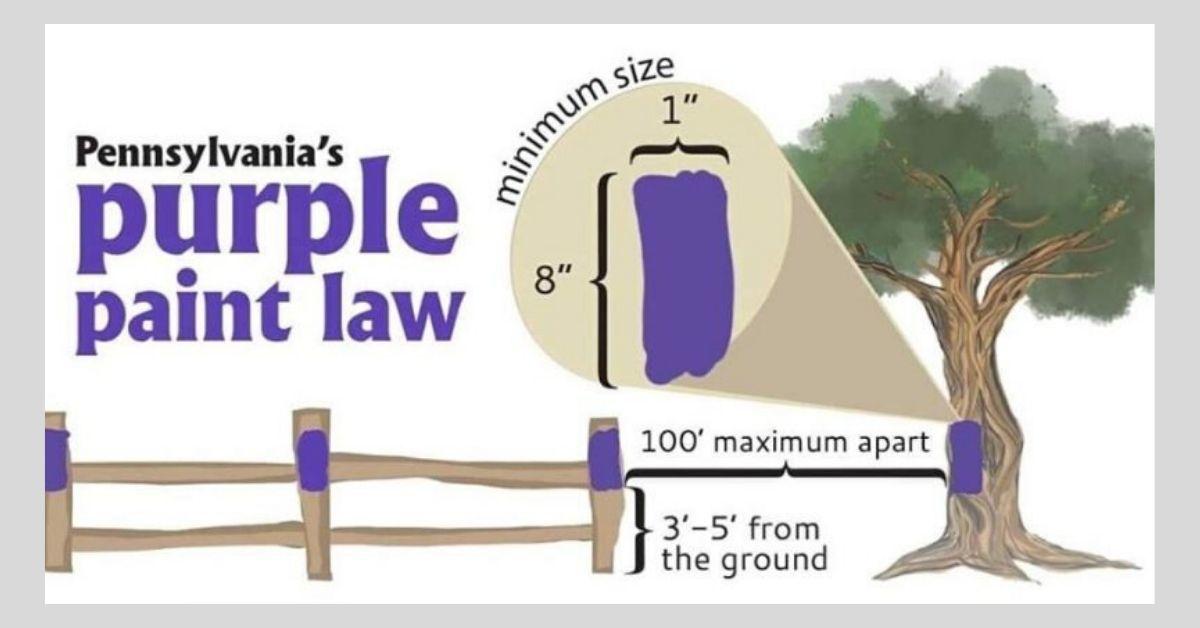 It started in Arkansas, in 1989, the first state to adopt the purple paint law and ditch the posted signs that were often vandalized. After Arkansas, 11 others followed suit: Texas, Kansas, Arizona, Montana, Idaho, Florida, Maine, Indiana, North Carolina, Missouri, and Illinois.

House Bill 1772, which was signed into law by Gov. Tom Wolf in November, allows landowners who post their properties the option of using purple paint rather than signs to alert others that lands are private and trespassing isn’t permitted.

The bill adds language to the section of state law dealing with criminal trespass.

Under the law, a person is considered a “defiant trespasser” – which carries enhanced penalties – if he or she enters or remains in any place where notice against trespassing is given by actual communication, lawful posting or fencing.

House Bill 1772 makes the use of purple paint on trees or posts a lawful posting method in all but Allegheny and Philadelphia counties.

Vertical purple lines must be at least eight inches long and one inch wide. The bottom of the mark must not be less than three feet or more than five feet from the ground. And painted marks must not be more than 100 feet apart.

Now that the “purple paint law” is effective, hunters should know they might encounter purple markings on trees and that these marks are meant to define the boundary of an adjoining private property that’s posted against trespassing.

The new law also authorizes unarmed persons to go onto private property for the sole purpose of retrieving a hunting dog.

In Pennsylvania, defiant trespass is a third-degree misdemeanor punishable by up to a year in jail and $2,500 in fines. And if trespassing occurs while hunting, additional game-law violations – and additional penalties – also might apply.