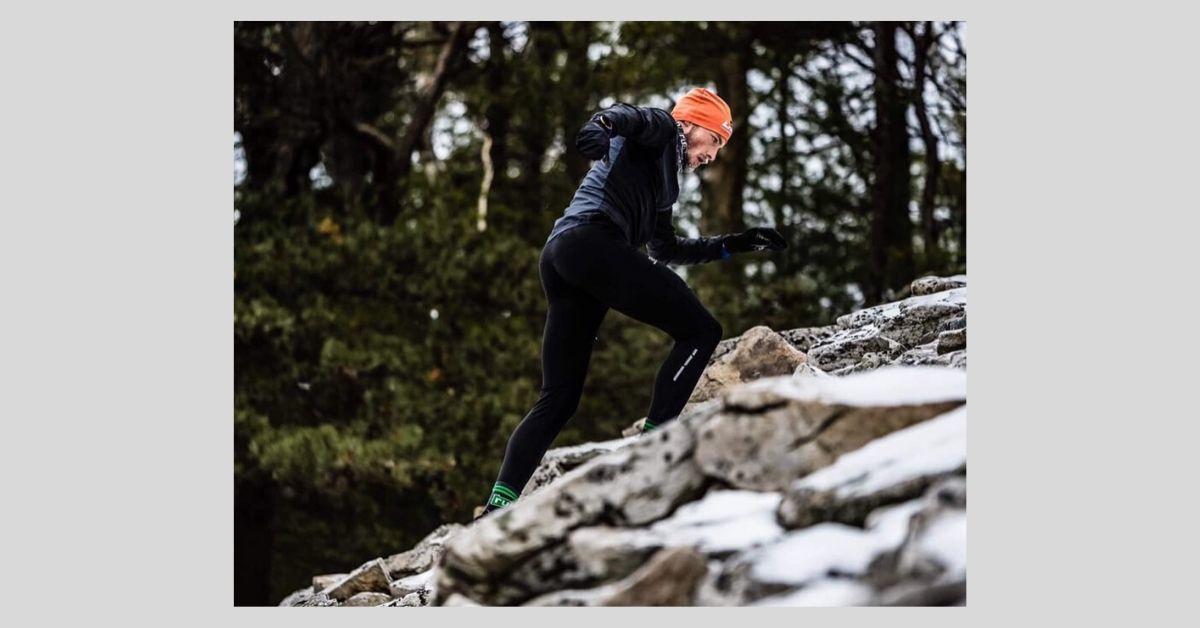 Matt Lipsey (shown) will be participating in the Frozen Snot at Lock Haven this Saturday, Feb. 15 and the Mt. Tom Challenge this Sunday, Feb. 16. "Last year, after doing The Snot, 5,800 feet of climbing in 12 or 13 miles, I decided to do the Mt. Tom Challenge, too," Lipsey said. "This year I'm planning to do Mt. Tom again but only a couple of laps." Source: Mike McNeil 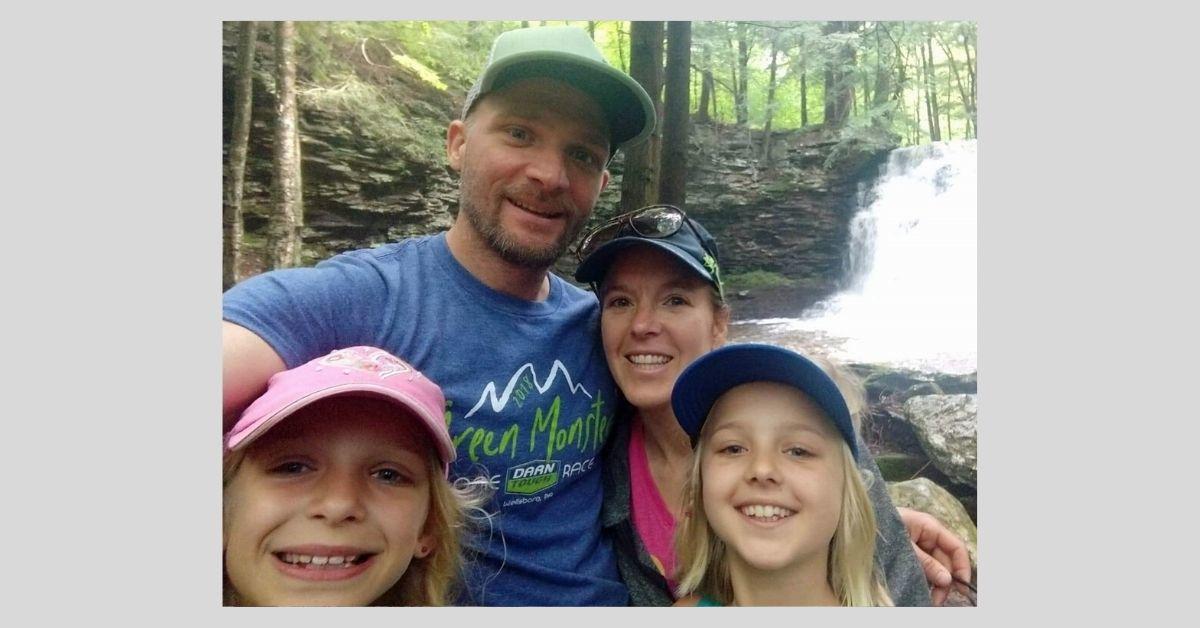 Pictured are the Kosek family of Wellsboro, including Eric and Becky and their daughters, Kaci (front, left) and Lauren. They all plan to run in this Sunday's Mt. Tom Challenge. Eric holds the Mt. Tom Challenge course record for being the only runner to complete five loops. He did it in 2 hours, 23 minutes, 11 seconds. Photo provided

Adventurous weekend warriors of any age who enjoy testing their skills are invited to participate in the Mt. Tom Challenge this Sunday, Feb. 16.
The event is sponsored by the Tyoga Running Club in conjunction with Pennsylvania’s State Parks and Bureau of Forestry, and free to anyone who feels up to the challenge.
Registration is from 8 a.m. to 8:45 a.m. and the 9 a.m. start are both at the bottom of Mt. Tom. Participants run, climb or scramble up Mt. Tom’s 1,100 vertical feet of trail to its summit. After catching their breath and taking in views of the Pennsylvania Grand Canyon and west nearly to Galeton, they continue a short distance along the ridge before descending Mt. Tom using a forest road.
The challenge is to complete one lap up and down the mountain regardless of weather conditions. “This can be considered an adventure race, a run or a climb,” said Tim Morey, one of the organizers. “It is for serious runners; not beginners.”
Many of those who complete one lap decide to do it again. “Some people may choose to do that as a personal challenge to see how many laps they can do,” Morey said. Participants can start a lap any time between 9 a.m. and 11 a.m.
“Last year, a total of 56 runners and hikers took on the challenge," Morey continued. "Matt Lipsey, the top rated trail runner in the country, was first overall. He completed four laps in one hour, 33 minutes, 30 seconds. The first female was Erica Anderson who finished four laps in two hours, 17 minutes, 55 seconds."
The youngest female to participate was Kaci Kosek, 8, who did two laps in one hour, 59 minutes, 30 seconds. The youngest male was Gavin Brown, 10, who finished one lap in 52 minutes, two seconds.
"In 2019, we had 13 runners who completed four laps compared to eight runners in 2018 and 10 who did it in 2017," said Morey. In 2018, Eric Kosek of Wellsboro took top honors and set a course record by finishing five laps in 2 hours, 23 minutes, 11 seconds. "Eric is the first and only person to complete five laps," Morey said.
"Conditions last year (2019) were favorable for a fast course," according to Morey. "We'll see what 2020 brings."
The Mt. Tom Challenge course can vary greatly based on weather and snow and ice conditions at different elevations. “Some areas hold snow longer. Ice can be the toughest. Based on trail conditions, a traction device (screw shoes, yak tracks, microspikes, crampons or snowshoes) may be necessary,” said Morey.
Runners, hikers and spectators drive to the Pine Creek Rail Trail Darling Run parking lot in Ansonia in Shippen Township. After parking, they cross Route 362 on foot and go to the registration tent located at the bottom of the trail on Mt. Tom. When registrants finish a lap, they can go to the tent for free snacks and beverages.
For more information about the Mt. Tom Challenge, email the Tyoga Running Club at run4trc@gmail.com or call Morey at 570-724-8561.