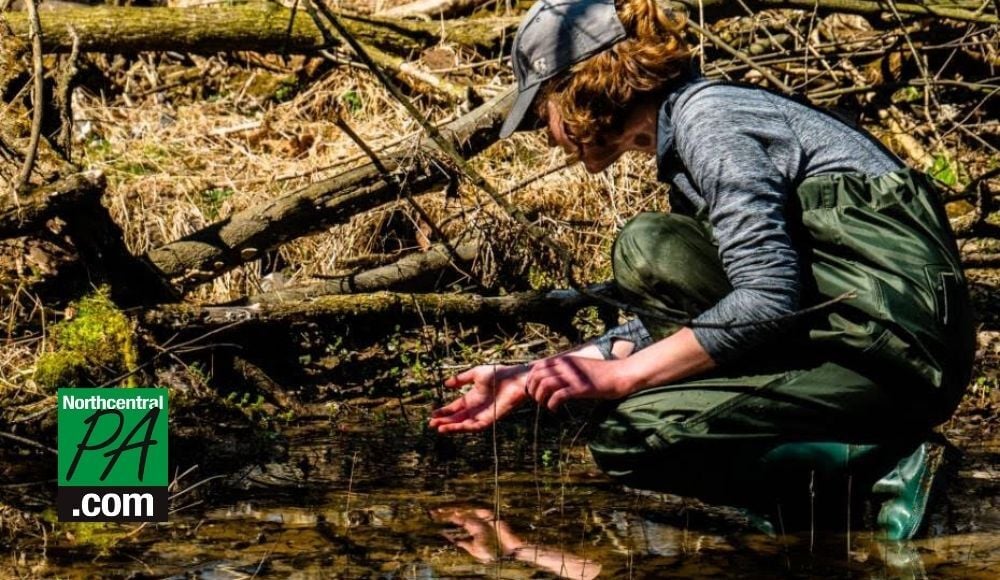 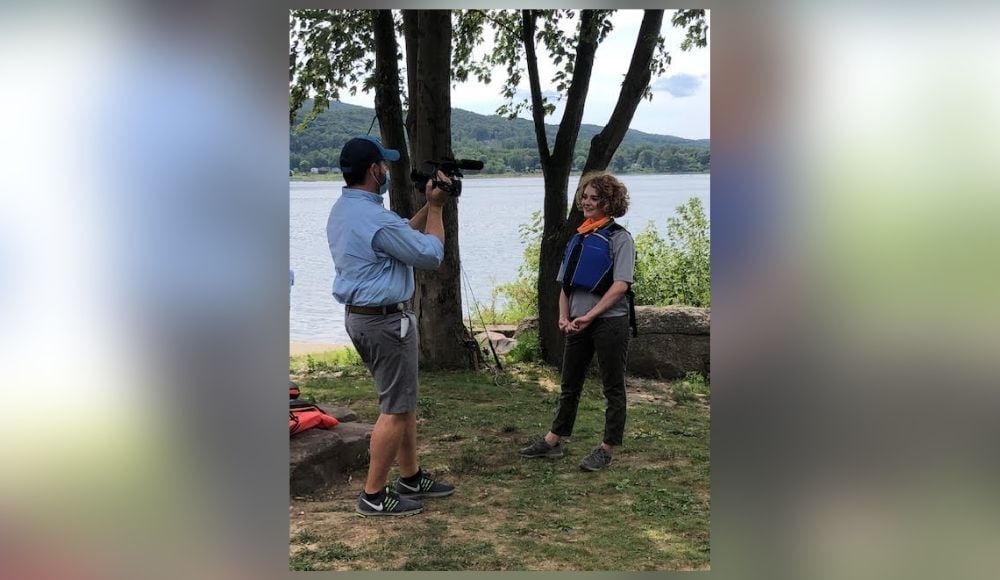 She hasn't yet started college, and already Olney has experience influencing public policy. 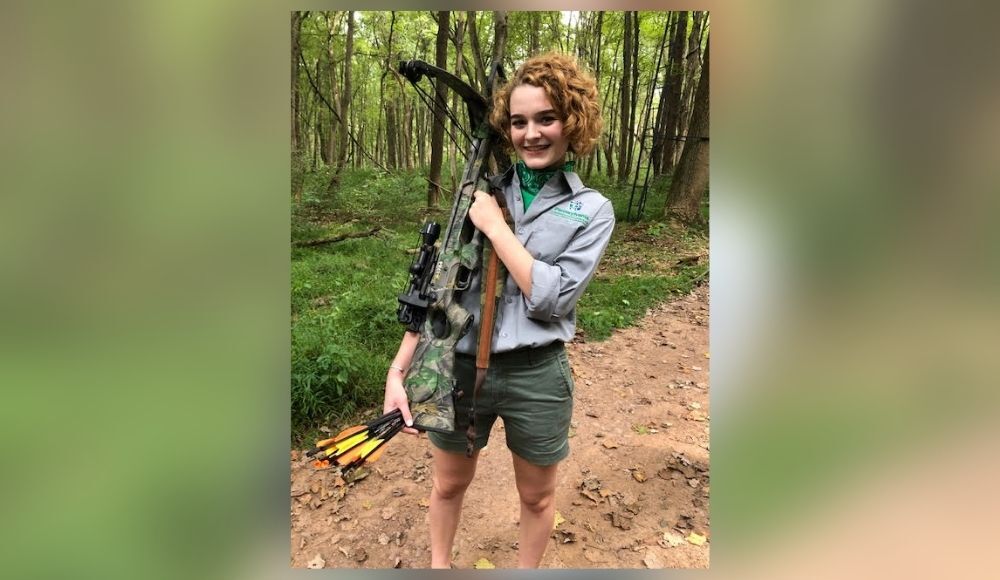 On the Governor's Youth Council for Hunting, Fishing, and Conservation, Olney provided testimony to the Game Commission on Senate Bill 147, which permits additional hunting on three Sundays per calendar year.

It could be said about countless young people around the globe that a pandemic has increased their own anxiety about life before them - if not for their own health, but perhaps for the environment.

Emma Olney, 18, puts awareness over anxiety when it comes to conservation in a state which arguably cannot survive without it.

The world may be familiar with Greta Thunberg and her work to warn world leaders on global environmental inaction. If Pennsylvania did have its own version of Thunberg, there could be little doubt that person is Emma Olney from York, Pennsylvania.

For Olney, conservation is not only just passion, but now her intended area of study. She has received a full scholarship to attend Bowdoin College in Maine for Environmental, Arctic & Government/Legal studies; she's a certified Conservation Ambassador with Lock Haven’s Wildlife Leadership Academy; a Hugh O'Brian Youth Leadership representative (a nationally-recognized youth leadership program); has written several articles on conservation; and serves on the Pennsylvania Governor's Youth Council for Hunting, Fishing, and Conservation.

Olney said growing up, she spent a lot of time in Pennsylvania’s outdoors, in the third grade joining her school Envirothon Team. According to Pennsylvania Envirothon, its mission is to “provide students with the knowledge and tools necessary to address the natural resource challenges facing today’s world as well as the challenges of tomorrow.”

She is still involved.

Olney’s interest in conservation “started at a time when environmentalism became popular, especially with high school students,” she said. She was able to foster this collective interest among her peers and channeled that into something productive.

Utilizing Instagram, email, and word-of-mouth as tools, Olney developed the Community Conservation Corps. at her school, which now boasts around 120 members out of a class of 400.

Along with its members, Olney and her Community Conservation Corps. instituted composting in their school cafeteria, building bins themselves for the project. The group also does routine creek clean-ups behind their school, in addition to other various projects.

When asked if similar projects could be launched in Pennsylvania school districts, Olney, who said she enjoys leadership roles and would like to find ways to continue in her college career, believed they could.

If the coronavirus pandemic was not a devastating blow for a whole generation of school students, to Olney, it underscored how vital conservation is because of how crucial it had become for the mental well-being of millions.

Sign Up for our Morning Headlines or our Afternoon Update email newsletters!

Olney said the lifestyle shift got her outdoors more often, as it did for a lot of other people.

Olney’s passion for conservation “feels more integral to my identity than ever before...very deeply personal now.”

Olney was a high school freshman when she joined the Wildlife Leadership Academy, based out of Lock Haven, Pa., where she is now a certified Conservation Ambassador. She credits their program as a big part for her education.

The program is year-round, beginning with "rigorous summer field schools that focus on wildlife/fisheries biology and conservation as well as leadership skills development and continues with community outreach through education, service, media engagement, creative arts, and outdoor mentorship,” according to the Academy's website.

Despite the fact she has yet to commence college classes, Olney already has had experience influencing public policy.

“[Our] objective was to support new policy...because…[this] was more inclusive for a wider range of people...conservation is dominated by white, older men,” she continued.

Olney noted the successes of the expansive hunting policy, which took effect Feb. 25, 2020, receiving a lot of follow-up for youth perspective on SB 147.

“I think because they saw young people were interested in this...this might be something to take seriously,” Olney said.

“Because we are younger, we get responses a lot faster, especially from legislators.”

Tradition, though, could be an issue holding back good (progressive?) public policies in Pennsylvania.

Noting her testimony to the Pennsylvania Game Commission, Olney noticed she was one of three women at the hearing (one being her mother). Even the Amish were in attendance, “which is interesting,” she said. They spoke out against the new policy mainly because of “tradition.”

“Pennsylvania is a super unique state so far as conservation…because it is so intricately tied with outdoor recreation…part of Pennsylvania’s culture.”

Olney said she learned how interdependent conservation is.

“[I] learned things like how hunting can increase the biodiversity of the deer population…it is not just for sport.”

But the future of conservation will come down to something “most important...bipartisanship,” Olney said.

SB 147 was bipartisan because it was able to bring in everyone, and give something to everyone, according to Olney.

"The outdoors is not a renewable resource. It is going to run out. It has a timer. The clock is ticking.” --Emma Olney

“Democrats interested in environmentalism, Republicans into outdoor activities…environmentalism, hunting, the outdoors…[is] not a renewable resource. It is going to run out. It has a timer. The clock is ticking.”

“I would love to spread the word about the Wildlife Leadership Academy,” Olney said.

The organization had high praise for Olney in return.

“Emma is one of our most outstanding students. She’s exactly what we want to come out of our program,” said Katie Cassidy, Youth/Alumni Manager for the Wildlife Leadership Academy, which has had camps located all around Pennsylvania.”

“Our job is to foster passion in young people to preserve longevity of conservation in Pennsylvania…put opportunities in front of them.”

The article was corrected to reflect that Olney is 18 years old.