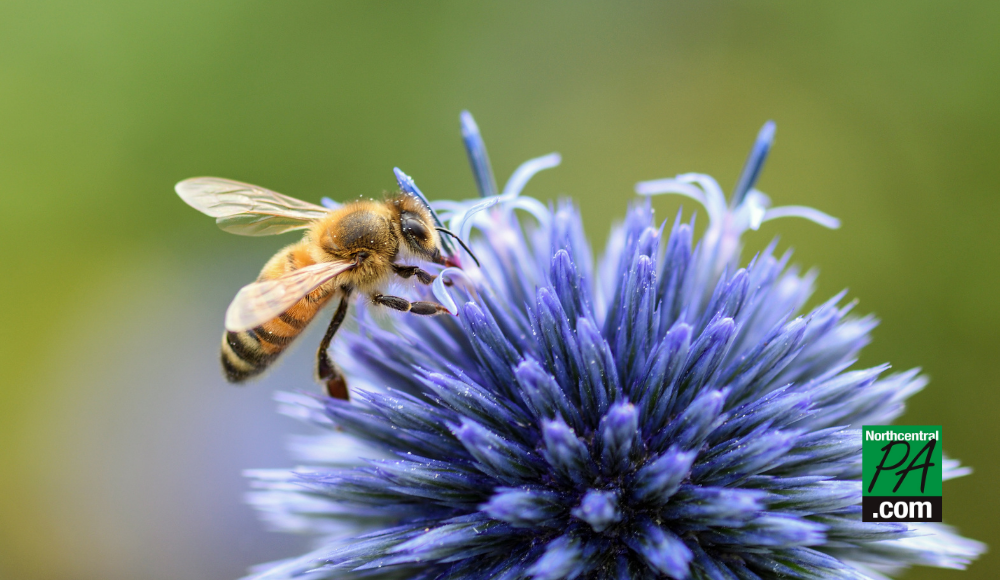 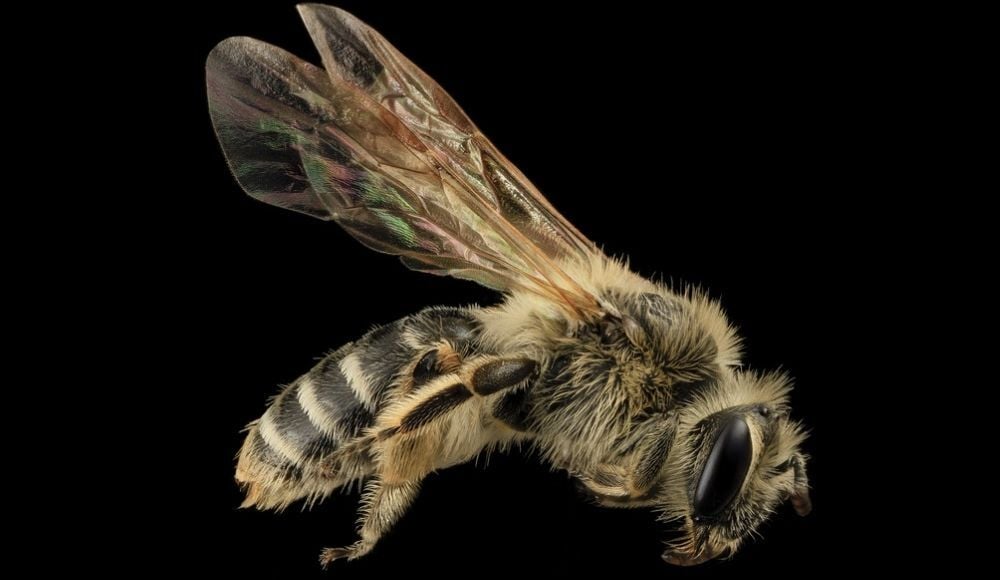 The researchers analyzed a 14-year United States Geological Survey data set of wild bee occurrences from more than 1,000 locations in Maryland, Delaware and Washington, D.C., specifically examining how different bee species and communities respond to land-use and climate factors. The image features a spring bee, one of the species (Andrena nida) the team studied. 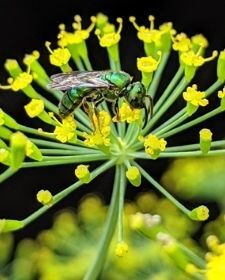 The researchers found that temperature and precipitation patterns are important drivers of wild bee communities, more important than the amount of suitable habitat or floral and nesting resources in the landscape. The image shows a metallic green sweat bee (family Halictidae), one of the species the team studied.

This article has been reprinted from Penn State News.

Wild bees are more affected by climate change than by disturbances to their habitats, according to a team of researchers led by Penn State. The findings suggest that addressing land-use issues alone will not be sufficient for protecting these important pollinators.

“Our study found that the most critical factor influencing wild bee abundance and species diversity was the weather, particularly temperature and precipitation,” said Christina Grozinger, Distinguished Professor of Entomology and director of the Center for Pollinator Research, Penn State. “In the Northeastern United States, past trends and future predictions show a changing climate with warmer winters, more intense precipitation in winter and spring, and longer growing seasons with higher maximum temperatures. In almost all of our analyses, these conditions were associated with lower abundance of wild bees, suggesting that climate change poses a significant threat to wild bee communities.”

According to Melanie Kammerer, graduate student in entomology, Penn State, few studies have considered the effects of both climate and land use on wild bees.

“We thought this was an oversight because, like many organisms, bees are experiencing habitat loss and climate change simultaneously,” she said. “By looking at both factors in the same study, we were able to compare the relative importance of these two stressors.”

To conduct their study, the researchers analyzed a 14-year U.S. Geological Survey data set of wild bee occurrences from more than 1,000 locations in Maryland, Delaware and Washington, D.C., specifically examining how different bee species and communities respond to land-use and climate factors.

“To really understand the effects of weather and climate, particularly as weather patterns become more variable with climate change, we need to use these very large, long-term data sets,” said Grozinger. “We hope that our study, and others like it, will help encourage the collection and integration of these data sets for future research.”

Using land-cover maps and spatial models, the team described the landscape surrounding each of the sampling locations, including the habitat size and available floral and nesting resources.

Finally, the researchers compiled a large suite of climate variables and used machine-learning models to identify the most important variables and to quantify their effects on wild bees.

“We found that temperature and precipitation patterns are very important drivers of wild bee communities in our study, more important than the amount of suitable habitat or floral and nesting resources in the landscape,” said Kammerer.

“We think the rain limits the ability of spring bees to collect food for their offspring,” said Grozinger. “Similarly, a very hot summer, which might reduce flowering plants, was associated with fewer summer bees the next year.”

In addition, warm winters led to reduced numbers of some bee species.

Kammerer noted that these weather changes will likely worsen in the coming years.

“In the future, warm winters and long, hot summers are predicted to occur more frequently, which we expect will be a serious challenge to wild-bee populations,” she said. “We are just beginning to understand the many ways that climate influences bees, but in order to conserve these essential pollinators, we need to figure out when, where and how changing climate disrupts bee life cycles, and we need to move from considering single stressors to quantifying multiple, potentially interacting pressures on wild-bee communities.”

According to the researchers, the study is part of their larger Beescape project, which allows individuals-- including growers, conservationists and gardeners-- to explore the landscape quality at their site and potentially make adjustments to improve conditions for bees.

Given their new findings, the researchers plan to expand Beescape to include weather and climate conditions.