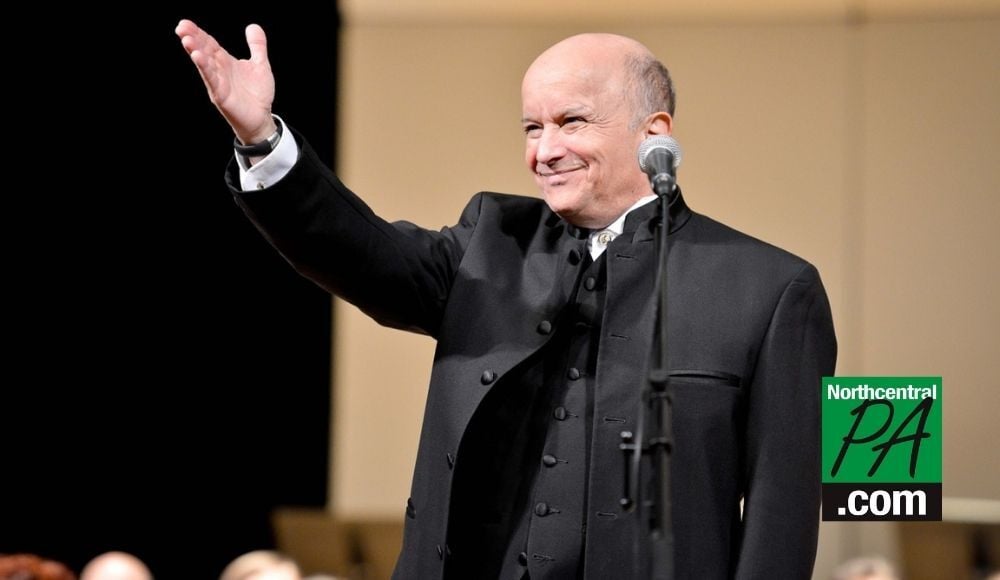 Stephen Gunzenhauser (shown) is the founder and producer of the Endless Mountain Music Festival and will be conducting the orchestra in the last three performances of the 2021 Season. 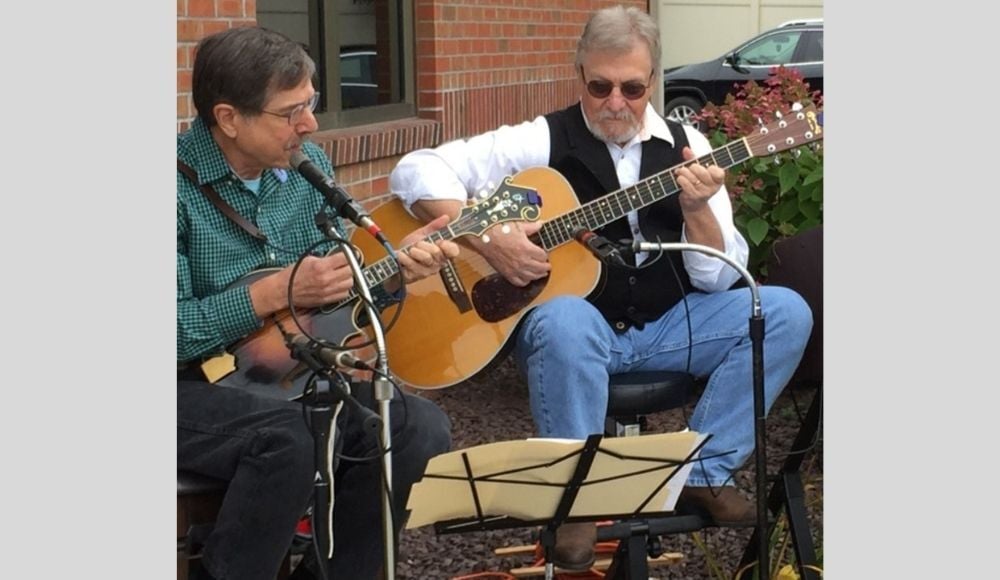 Wellsboro, Pa. -- This Thursday through Sunday will include both free and paid musical performances courtesy of the Endless Mountain Music Festival and the Deane Center for Performing Arts.

During a free concert at 7 p.m. tonight (Thursday, July 29) in the Knoxville Yoked Church at 110 Alba Street, singer-songwriter Abbie Gardner will perform her original blues/Americana tunes as she plays her acoustic lap-style slide guitar. She will sing fan favorites from her four CDs and preview new songs from her soon-to-be-released fifth album recorded at home during the pandemic. Her new music is full of blues, heartfelt ballads and the ache of the unknown.

At 6:15 p.m. on Friday, July 30, Take2 with Steve Ziemak on acoustic guitar and vocals and Bob Rubin on mandolin and vocals will perform a mix of American standards and originals on the outdoor stage on the Central Avenue side of the Deane Center for the Performing Arts at 104 Main Street in Wellsboro. This free performance is part of the Deane Center's outdoor summer concert series. If weather becomes a problem, this concert will be moved into the Deane Center's Coolidge Theatre.

Take2's performance will include songs from "Branching Out," their new CD, featuring singing by Ziemak on "Memphis" and "Nashville Cats" and by Rubin on "Somebody Stole my Gal" with harmonies sprinkled throughout.

For the past 57 years Rubin and Ziemak have been performing music but usually not together. In the early 1960s when Rubin was 12 and Ziemak was 16 and they were growing up as neighbors in Levittown, Pa., they did perform together. Then, they went their separate ways.

In 2014 that changed when they formed Take2 and began performing as a duo, playing songs from Stephen Foster to the Beatles to Linda Ronstadt's "Blue Bayou."

Also on Friday, Maestro Stephen Gunzenhauser and the Endless Mountain Music Festival Orchestra will close the 2021 season with performances at Mansfield University's Steadman Theatre, with an additional performance on Saturday. The orchestra will also perform a free Pops Concert at the Wellsboro Johnston Airport on Sunday.

Friday night at 7 p.m., the Festival Orchestra will play French composer Édouard Lalo's opera in three acts about the mythical city of Ys; Mexican composer Arturo Márquez’s "Landscapes under the sign of the Cosmos" about astrological star signs with inventive use of Latin rhythm, colorful orchestration, and good melodies; and Rachmaninoff’s “Piano Concerto No. 3” featuring pianist Wael Farouk.

Praised as a "formidable and magnificent pianist" by the New York Concert Review, Dr. Farouk has had an extensive performance career. He has performed on five continents in such venues as the White Hall in St. Petersburg, Schumann's house in Leipzig, and Weill Recital Hall at Carnegie Hall in New York, where his solo debut performance in 2013 was described as "absolutely masterful."

The 15th Season will end on Sunday, August 1 at 2:30 p.m. with a free Pops Concert being given by the Festival Orchestra in memory of Robert N. Dunham at the Wellsboro Johnston Airport at 112 Runway Road near Wellsboro. Featured will be selections from Broadway musicals, Hollywood films and popular television shows in the airport hanger. Among them are: "Downton Abbey Suite," "Magic of Motown," "The Godfather: A Symphonic Portrait," Marquez's "Conga of the New Fire," Sousa's "The Stars and Stripes Forever" and Tchaikovsky's "1812 Overture."

The August 1 concert will be held rain or shine. Those who attend should bring their own chairs.

Youth age 20 and under are admitted free to all Endless Mountain Musical Festival concerts. Everyone else can purchase tickets for the Friday and Saturday night concerts by calling the Endless Mountain Music Festival Box Office at (570) 787-7800 or visiting www.endlessmountain.net. Tickets will also be sold at the door on July 30 and 31.