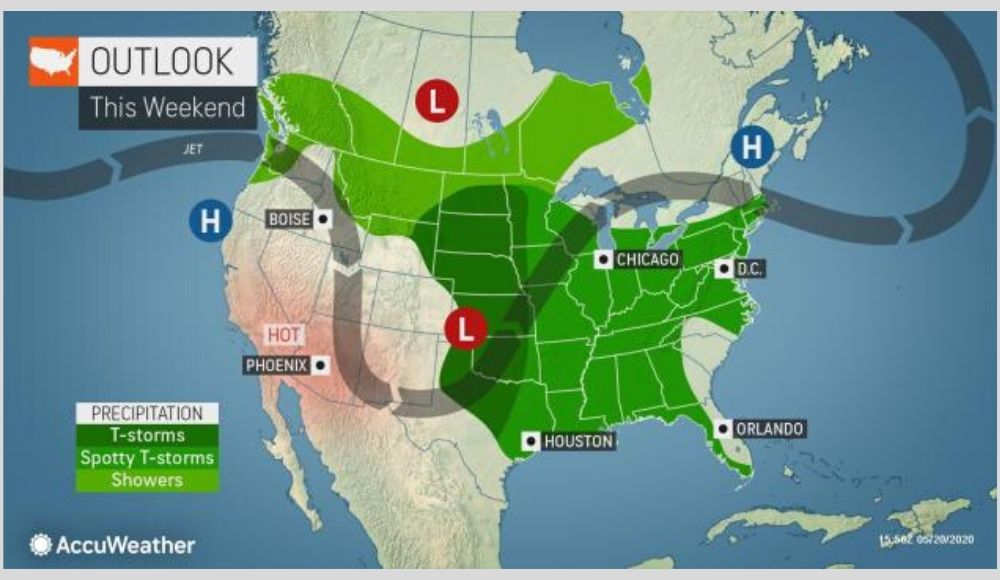 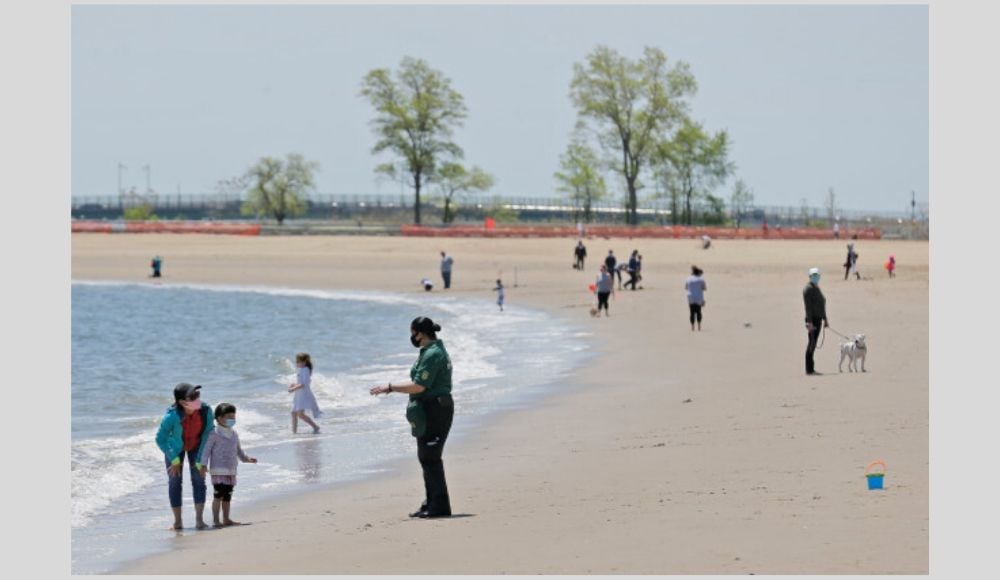 A security guard asks people to not swim while patrolling at Orchard Beach in the Bronx borough of New York, Sunday, May 17, 2020. Parks, boardwalks and beaches attracted some crowds this weekend, though city beaches aren't officially open and won't be for the upcoming Memorial Day weekend. AP Photo/Seth Wenig

Memorial Day marks the "unofficial start to summer" for millions of Americans and typically the opening of pools, beach season and many other warm-weather activities. Even though this year may look different with delayed openings in some areas during the pandemic, many will try to salvage the holiday weekend with a staycation or at least by firing up the grill in their backyards.

Spring has been a cool and wet one across the eastern United States, preventing people from escaping to the outdoors at times during the shelter-in-place orders. However, AccuWeather forecasters say conditions may let up just in time for the holiday weekend with temperatures expected to throttle to summery levels. Others may not be so lucky as a stormy pattern developing this week will persist straight into the weekend.

Dry weather to dominate holiday weekend in the Northeast

While there will be a hiccup in the dry weather to start the holiday weekend, rain will be largely absent across the Northeast on Memorial Day.

"The slow-moving storm threatening North Carolina and Virginia with flooding is expected to crawl northward and spoil the start of the holiday weekend in the mid-Atlantic and southern New England with showers and thunderstorms," according to Pydynowski. "However, drier weather will dominate for Sunday and Memorial Day."

In terms of temperatures, warmer weather will dominate New England before the holiday. Warmth will gradually build through the rest of the week, with widespread high temperatures in the 70s in New York state and New England.

The warmth near the coast, however, is not expected to last into Memorial Day.

"Cooler air flowing in from the Atlantic Ocean will hold temperatures in the 60s, even the upper 50s, near the Northeast coast on Sunday and Memorial Day," according to Pydynowski. "Instead of umbrellas, residents will need to grab a jacket before heading outside."

"The warmest areas for the holiday weekend will be north and west of New England and the mid-Atlantic," said AccuWeather Senior Meteorologist Joe Lundberg. "Temperatures will be in the 70s and 80s across most areas from upstate New York through the Great Lakes and Midwest."