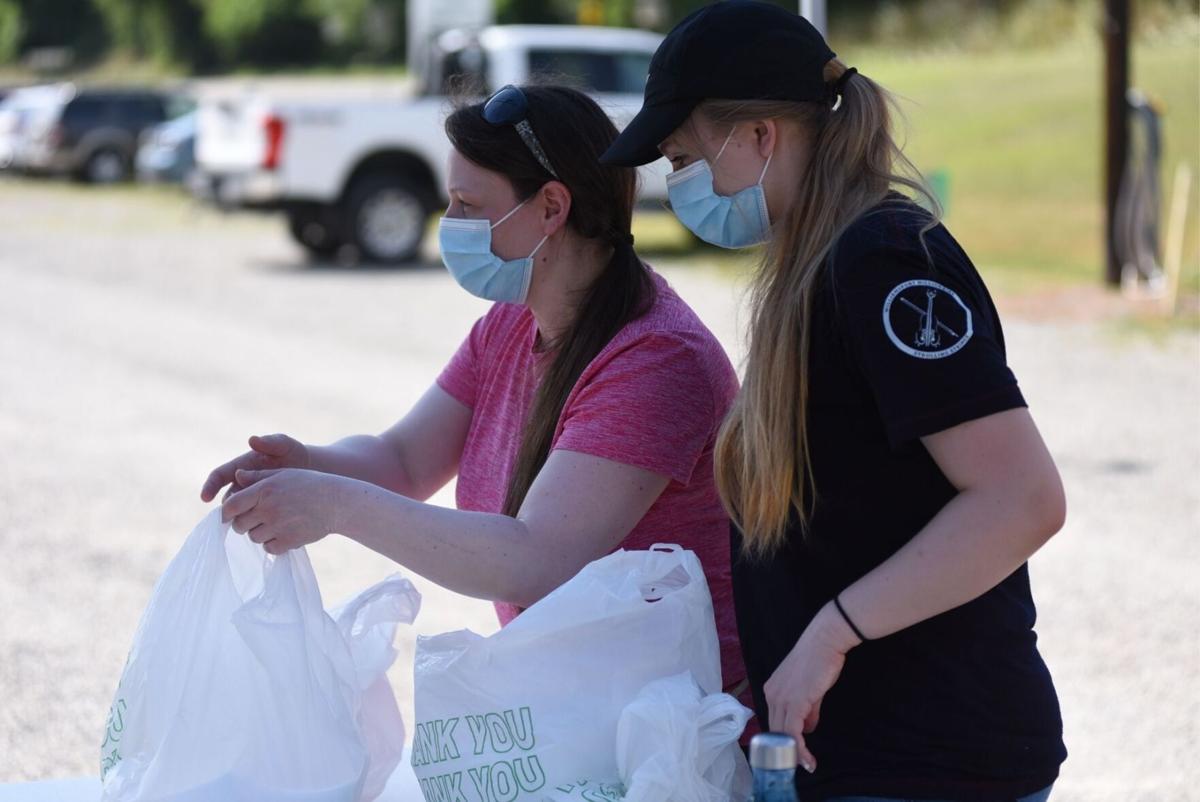 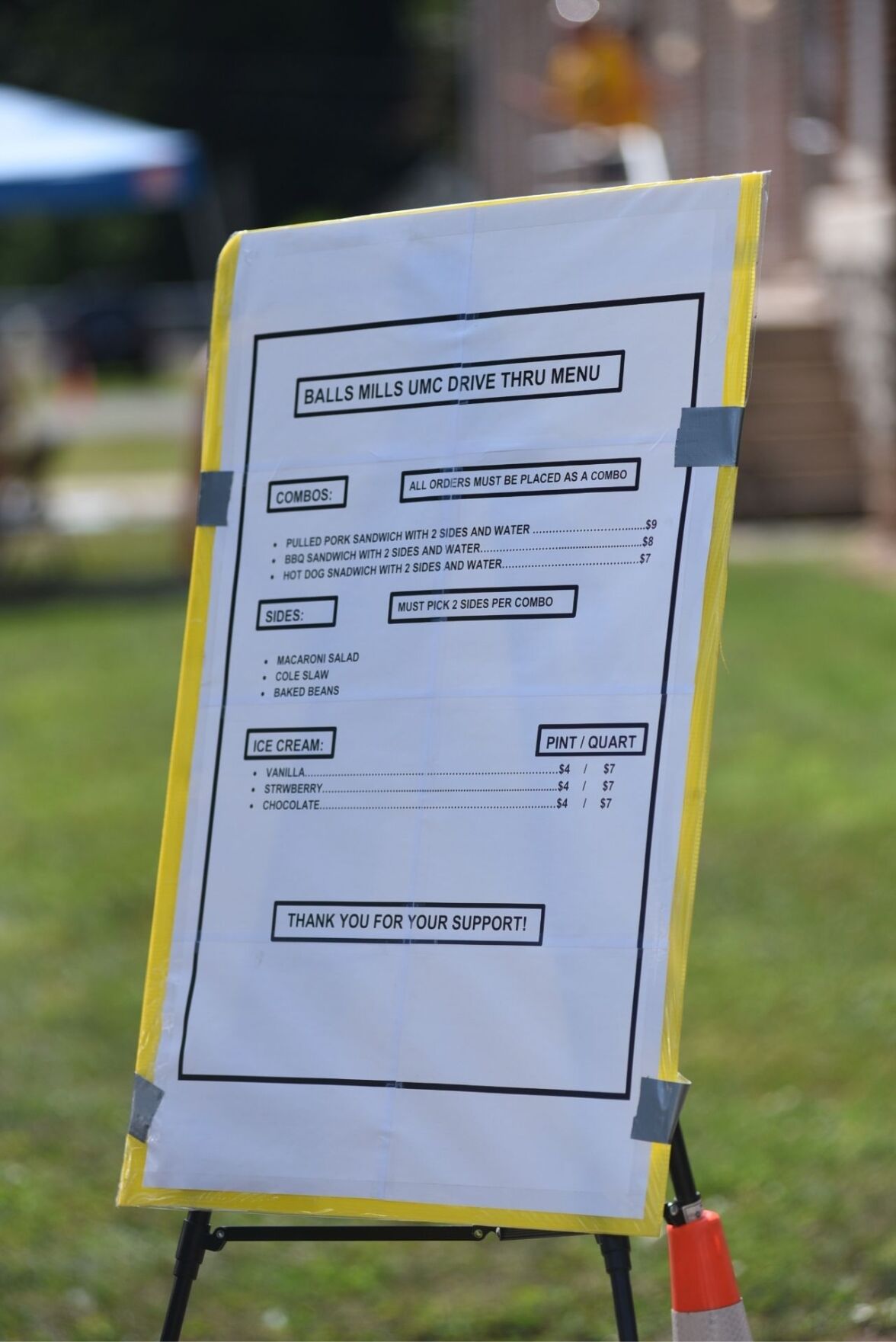 The Balls Mills United Methodist Church Ice Festival Drive-thru menu sits at the entrance for the event on July 26, 2020.

Balls Mills—Summer traditions across the country have been wiped out, but when it came to the Balls Mills United Methodist Church Ice Cream Festival, that was not an option.

Members of the church got creative and the weather broke perfectly as they hosted the first ever drive-thru Ice Festival in the area. Chocolate, vanilla, and strawberry was available in pints and quarts, but that was not all. The church offered up platters of pulled pork, BBQ, and hot dog sandwiches with sides for drive-thru patrons.

For Don Robinson, who has been helping with the Ice Cream Festival since 1975, it was extra special to have the yearly event, “We have a festival committee that is responsible for this each year. They started putting ideas together and came up with this drive-thru.”

Patrons picked up picked up throughout the day as the church created a perfect loop around the building for orders and pickups.

The traffic would enter through the front where menus were displayed. An order was taken, and a person would run through the church to the other side where everything would be completed. It was a perfect system that kept customers in their cars and socially distanced.

All the money received went right back into the church and its many charitable pursuits like the kitchen fund.

“It was a little slow to start, but it helped us to work our bugs out a little bit,” Robinson said. “Now that the crowds are coming in, we’re able to handle them quickly.”

Crowds were steady throughout the event that ran from 4 p.m. to 7 p.m. It appeared early in the day there might be rain, but it worked out for the festival.