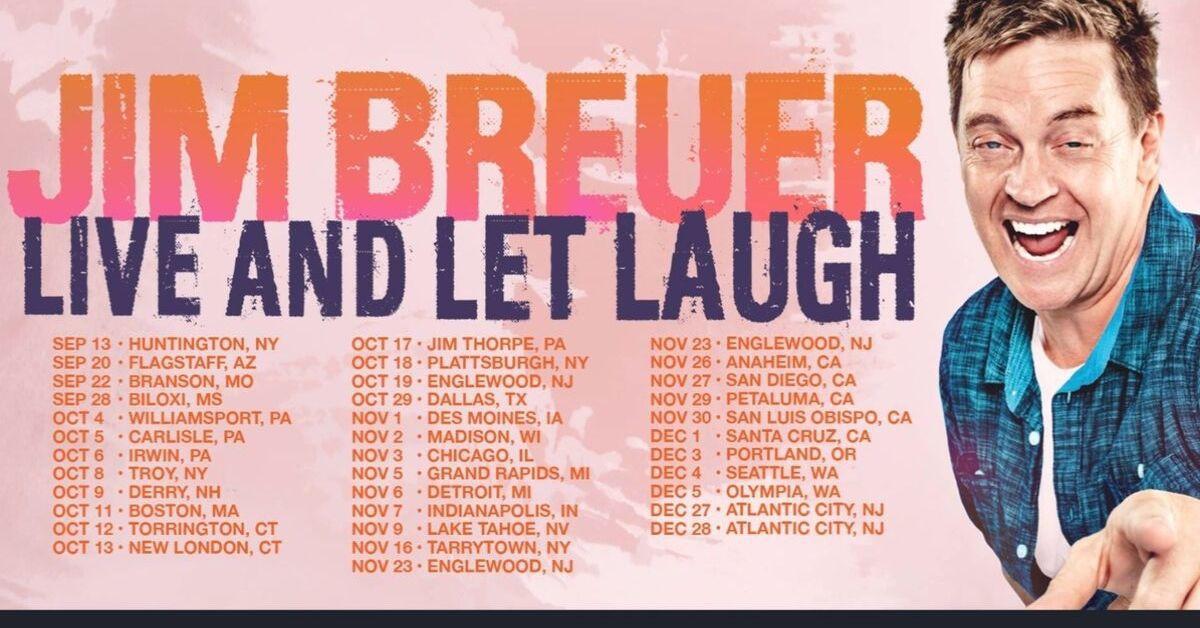 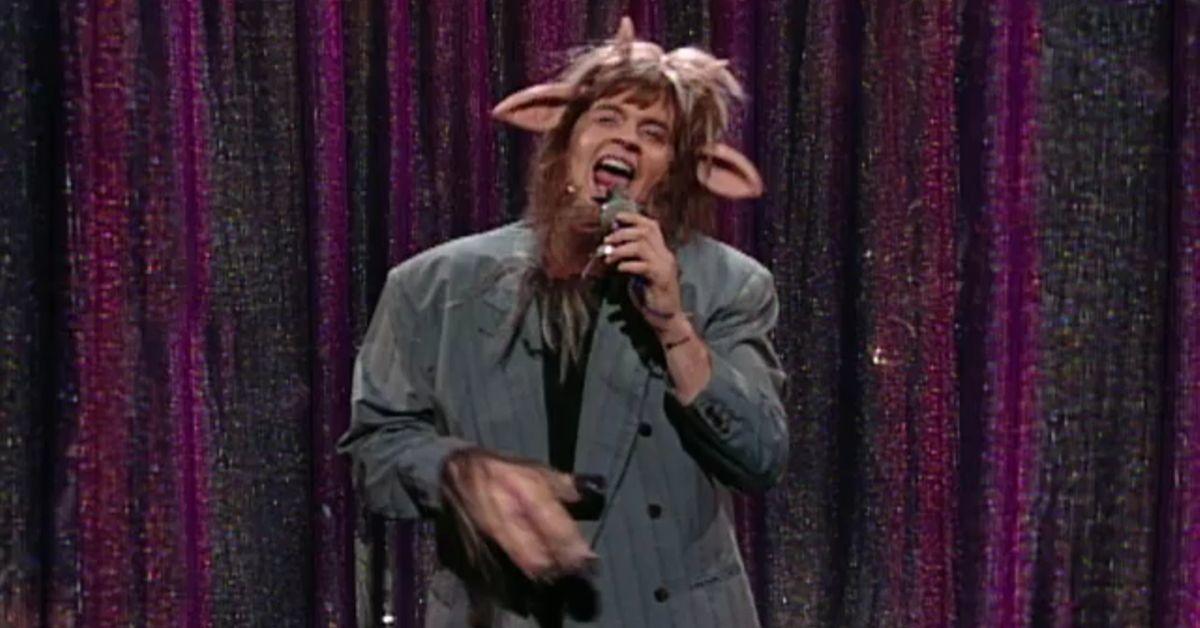 Jim Breuer gave Northcentralpa.com a thirty-minute, one-on-one interview, as he prepares to bring his 'Live and Let Laugh' tour to Williamsport on October 4th. In doing so, we found out some very interesting things. For example…

When Jim Breuer was first booked to do a show in Williamsport, he was more excited than you might expect. An avid baseball fan, Breuer wanted to see Lamade Stadium up close. “I knew Williamsport was the home of the Little League World Series. I was so excited. I felt like I’d been booked in Vegas.”

While this seems like an exaggeration to please the local crowd, it’s not. Breuer is as genuine as is he unique. He’s a typical comedian, while being nothing that you’d expect.

In the mid-90’s Breuer lived every comic’s dream job when he landed a spot on Saturday Night Live with his Joe Peschi impersonation and his iconic Goat Boy character. Going from SNL (’95-’98)  right into the comedy film Half Baked alongside Dave Chappelle, it seemed Breuer was well on his way to following scads of other SNL legends who left the show to take over Hollywood. Breuer had different ideas.

“People kept telling me ‘you’re hot. You’ve got to move to L.A and make movies.’ But my wife and I are both from here (New York), our families were here, and we wanted to raise our kids here. So we stayed on the East Coast.”

In the early 2000’s Breuer was everywhere. He hosted shows on both MTV and VH1, he was a regular radio guest on Howard Stern and Opie and Anthony, and he hosted multiple specials on Comedy Central. All the while, Breuer continued his standup act, perfecting it to the point where he landed on Comedy Central’s list of 100 Greatest Standups of All-Time.

Just when he seemed to be on top of the world, in the prime of his career, Breuer decided to make a major change. He took the profanity out of his act. Many of the most successful standups in history have had acts littered with curse words. Why would Breuer risk losing his devoted following by cleaning up his show?

“My kids started going on the internet and seeing me perform, and there were never any jokes I wanted them to see. They weren’t that bad, but they were too much. Then, I remember asking (Jerry) Seinfeld once why he was a “clean” comic. Seinfeld said ‘because I want to find a better joke.’ So that’s what I started doing.”

Fortunately for Breuer, the transition came easily. In fact, he’d be training himself for years without even knowing it. “I learned from the guys on radio. They couldn’t swear, so the greats like O and A (Opie and Anthony) and Howard (Stern) were masters of innuendo. You knew what they were saying, but they never actually said it. Now, in my act, I’ve found that a lot of times innuendo actually makes the joke funnier than it would have been with profanity.”

With all these crowning achievements you’d think Breuer’s ego might lead him to a place above the average person, but talk to him about life, and parenthood, and he’s right there with everyone else.

“Being a standup and having kids at home can be hard, but it’s no different for me than it is for a traveling business woman or a truck driver. You just have to stay connected to your (spouse) and kids even when you’re on the road. You need to know what they’re going through and what they’re dealing with. It’s certainly challenging sometimes, and it would be easy to say to my wife ‘you handle this while I’m away,’ but I didn’t want to do that. It’s always been important to me to try to ‘be there’ even when I wasn’t there.”

So a dedicated family man, with a clean act, would lead one to believe Breuer is very structured. His shows then would be clearly written, planned out, and organized. Except, that’s not the case.

“A lot of my shows are ad-libbed. I mean, when I go on stage I have things I want to discuss, but it can change from day to day. It might be something that happened to me that day at the store. I’ve gotten confident enough that I don’t have to be totally scripted, and it allows me to take the show wherever it feels like it needs to go that night. In fact, I’ve had fans who have seen several stops on the same tour tell me they saw a different show each night.”

Breuer has also moved into the new millennium and tapped into a younger fan base. He hosts his own podcast and, as a diehard Mets fan, Breuer often posts baseball related Facebook videos. He’s also writing and preparing for a return to either movies or television. With his youngest child in high school, empty-nest-hood is right around the corner, and when that happens, Breuer will examine all of his options. But that’s still a couple years away.

So what really has been his favorite stop along his glistening career? SNL? Comedy Central? Was it actually being booked in Vegas? These are comedian’s dream jobs. Any one of them would be a suitable answer, but not for Breuer. He hasn’t been typical so far. Why would he start now?

“When I got to open for Metallica was the greatest gig ever!” That’s right, on their 2018 tour, the heavy metal legends didn’t use a warm-up band. Instead, they used Breuer.

“Lars (Metallica drummer Lars Ulrich) told me they wanted to give their fans something different,” Breuer explains. “He said, ‘you’ll have 90 minutes each night. Do whatever you want. We trust you.”

No wonder this was his favorite gig! Being, as he calls himself, “the world’s biggest Metallica fan,” just being at the shows was a blast. Then, he was given free-reign to do whatever he wanted. Could it possibly get any better? Yes, it could. And it did.

A comedian who puts his family before Hollywood, who cleaned up his language at the peak of his career, and whose favorite gig was one where he didn’t have to be funny? None of it makes much sense. Yet it all makes perfect sense. And it also shows that good guys can come out on top, and still be really funny.