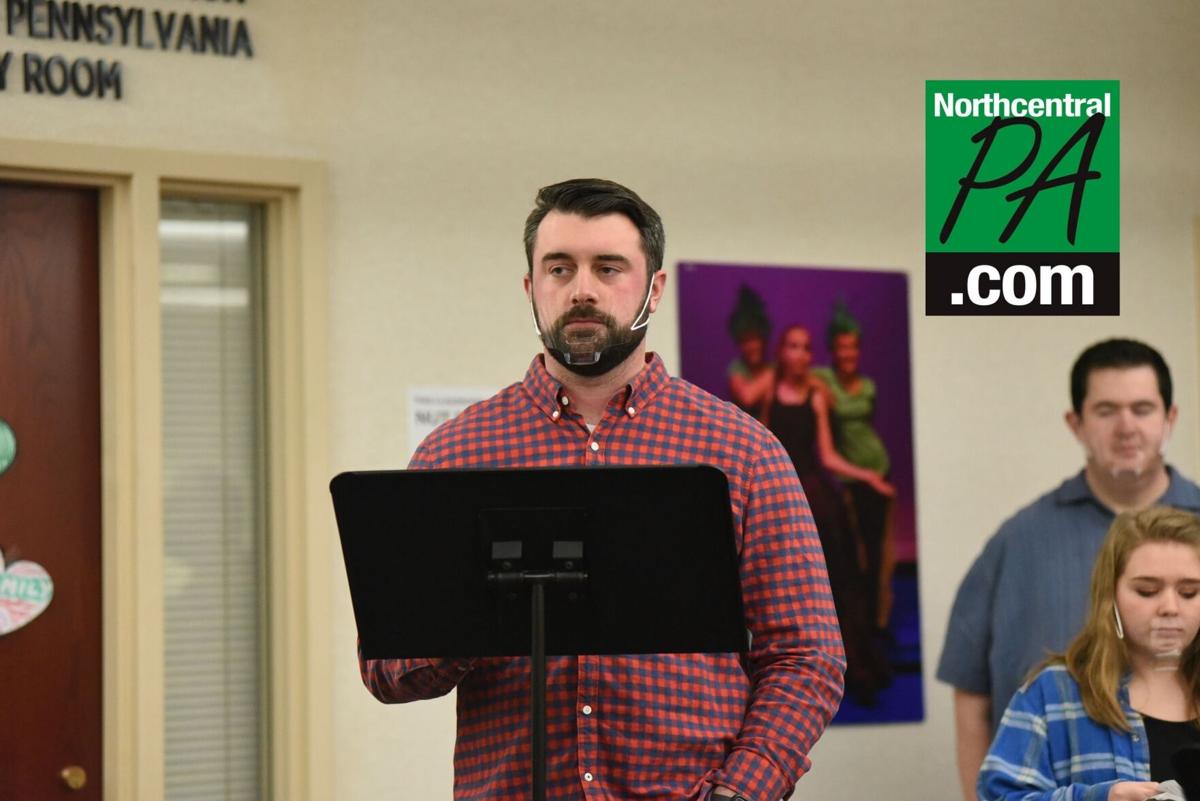 Jake Hare performs at a preview for the CTL’s production of “The Bridges of Madison County.” The show will begin on March 4. People are being urged to reserve their tickets as seating will be limited. 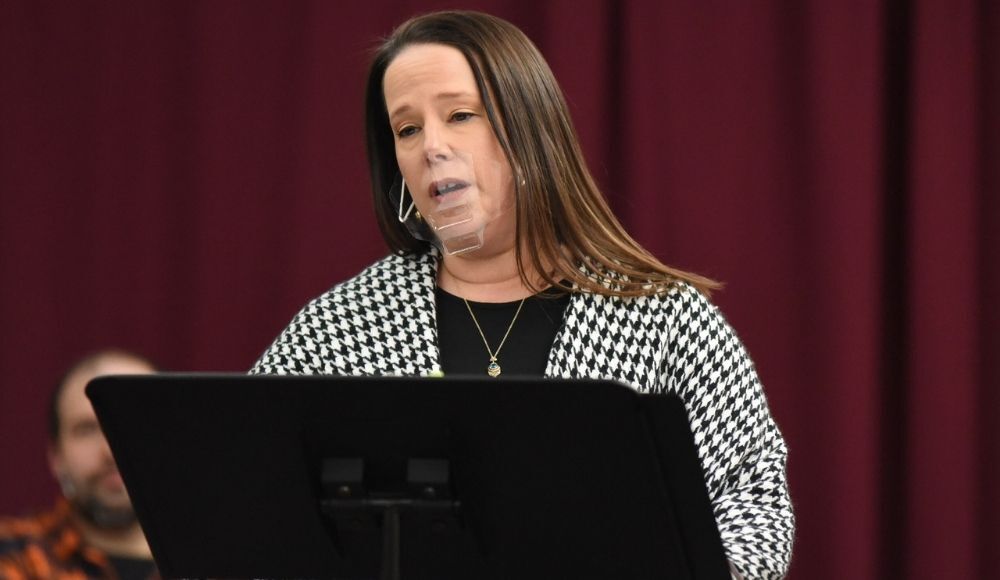 Marisa Sorrentino Hickey performs a song from “The Bridges of Madison County” as the CTL previews the show.

Williamsport, Pa. – The shining moment of the night came when Jake Hare took control of the song and belted out a memorable verse.

The limited crowd, made up mostly of press and sponsors, was treated to a preview of songs from the cast as they introduced “The Bridges of Madison County” to the public.

The show will be the first by the Community Theatre League since the pandemic shutdown. It promises to be a good one as the CTL will team up with the Community Arts Center to offer more socially distanced seating.

The preview was electric. Hare was outstanding as he took the lead on his featured songs. Marisa Sorrentino Hickey was just as amazing on her lead songs.

The pair worked beautifully together which only makes the prospect of seeing them on stage in full costume that much more intriguing.

“Bridges is a conversation piece,” Executive Director of the Community Theatre League and director of the show Seth Sponhouse said. “I think that’s what makes it so exciting, this great debate over should she leave, or should she stay? The story centers around that simple question—stay or go? We see a woman who has given up her life, her home country, her future because she wanted to choose stability, a husband, a family, and a farm. And we see that woman get offered the chance after 20 years to give all that stability up, to run away, and to live that life she desperately always has wanted.”

The story is beautiful and offers a timeless question for the audience, who Sponhouse is clearly convinced will leave ready to discuss.

They surely will as the cast and production for the play has been top notch. Care has gone into every scene. The CTL wants to return with a positive, uplifting story about love and relationships. If the preview means anything, the audience will be in for a treat.

“I personally enjoy watching this story play out because there are days when I cheer for her to run, and there are days when I beg for her to stay. What ‘Bridges’ does beautifully is that it really leaves the choice up to the audience,” Sponhouse said. “The score is so beautifully written by Jason Robert Brown has such a fantastic way of picking you up, taking you on this big romantic journey through the Iowan landscape, wrapping you up in this warm embrace and then setting you down right where you began. It’s a beautiful story and I can’t wait to share it with the community.”

Like most things in the world today, Sponhouse considered the environment around him as the production came together.

“Bridges is being performed completely masked as well as observing as much social distancing on stage by the actors as possible,” Sponhouse said. “Over the last year, CTL has developed rigorous policies and procedures to keep all our actors, volunteers, patrons, and staff safe while creating together.”

There will be temperature checks and the theatre will be limited to 50 percent capacity.

'It’s a gift': A blind man’s journey to overcome limitations