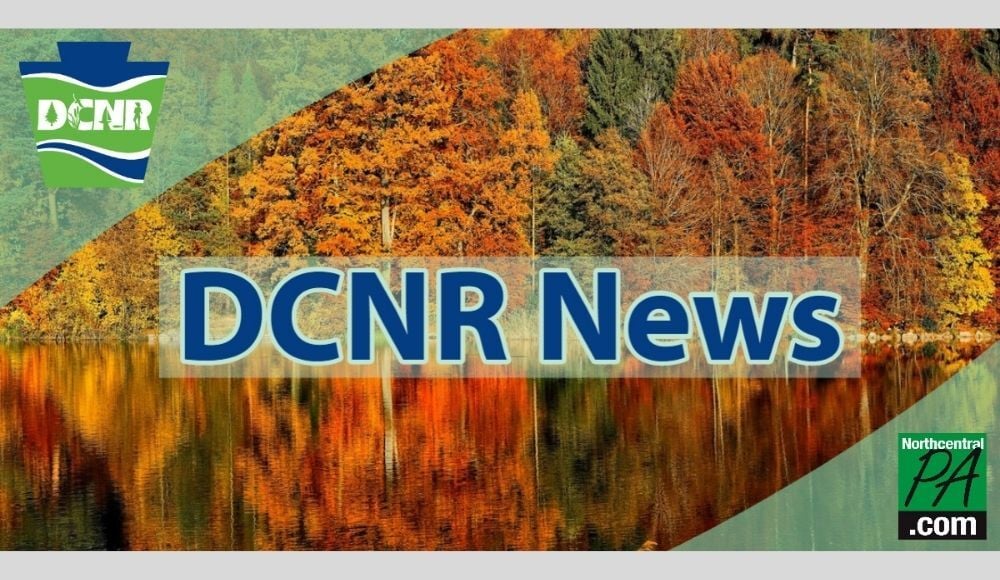 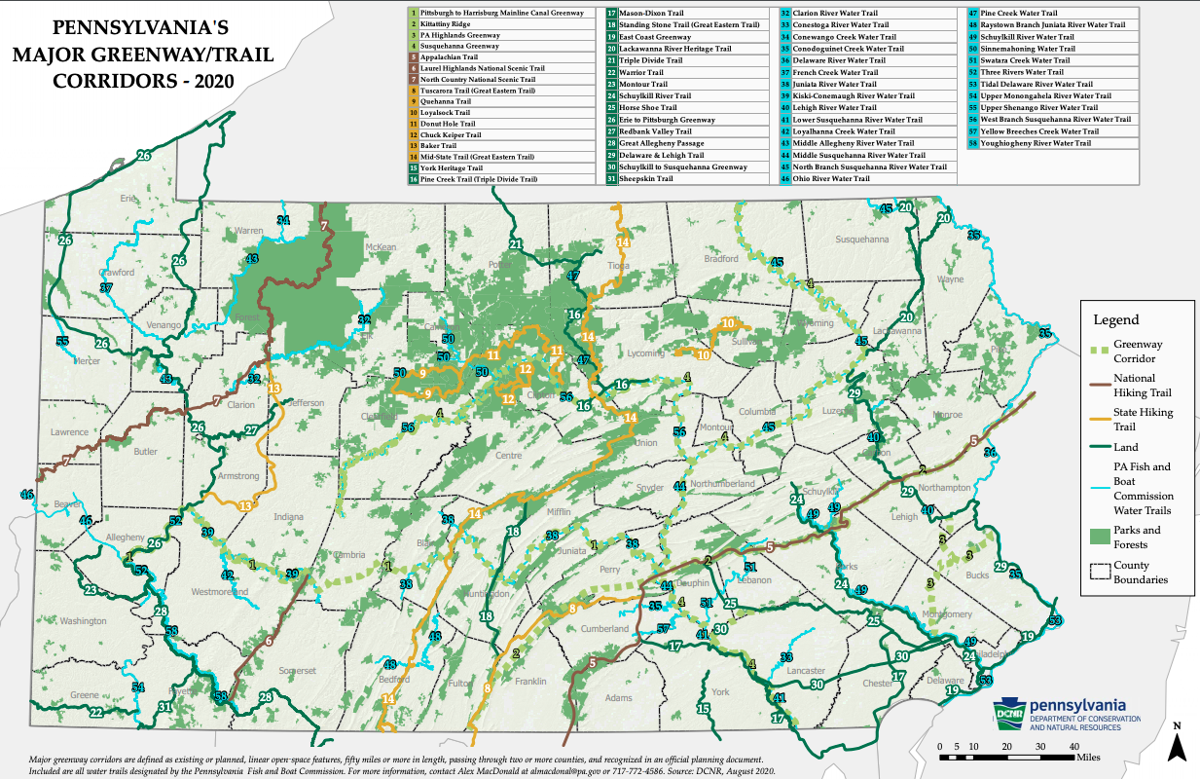 A Map of all the Greenways in Pennsylvania. PA DCNR.

To be classified as a Statewide Major Greenway, a corridor must be at least 50 miles long, pass through two or more counties, and be recognized in official planning documents. Major greenways also receive the highest priority when allocating trail funds.

“This designation of the Statewide Major Greenway elevates the closing of existing gaps and completion of the trail to DCNR’s highest trail-funding priority,” said Dunn. “DCNR views closing priority trail gaps essential, as they form the major ‘arteries’ of the statewide land and water trail network, which confers recreation, health, transportation, economic, tourism and other benefits to residents throughout the Commonwealth.”

The greenway includes the Chester Valley Trail, the Enola Low-Grade Rail Trail, and Northwest Lancaster County River Trail. Once completed, the greenway will be about 85 miles long and link the Circuit Trails Network of Greater Philadelphia to the Susquehanna River.

Extensive planning meetings between officials from Lancaster, Chester, and Montgomery Counties to address how existing and planned trails could be combined to form the new greenway. The meetings were made possible with the help of the Pennsylvania Environmental Council.

“Lancaster County and Philadelphia have an historic and storied economic and social connection that the Schuylkill-to-Susquehanna Trail commemorates and reinforces,” said Pennsylvania Environmental Council Vice President Patrick Starr. “I expect that this trail once fully connected will become one of the most heavily trafficked in the commonwealth and will be a boon to local recreation and tourism, too.”

“Regional trails like the Schuylkill to Susquehanna Greenway are the ribbons that tie communities together,” said Brian O’Leary, executive director of the Chester County Planning Commission.

“The small towns and agricultural lands along the planned route of the Schuylkill to Susquehanna Greenway are just the type that can benefit most from having a regional trail like this pass through. We in Chester County look forward to continued partnership with neighboring counties and the State of Pennsylvania to make this trail a reality.”

The greenway will offer recreation, transportation, economic, and health benefits to both residents and visitors in Southcentral and Southeaster Pennsylvania while offering improved outdoor recreation opportunities to all residents of Pennsylvania.

“Lancaster County has witnessed firsthand how a trail project can spur economic activity in our struggling smaller urban communities,” said Michael Domin of the Lancaster County Planning Commission. “Extending the Enola Low Grade Trail as part of the S&S Greenway and connecting it to other small towns along the way is going to draw a host of new trail users and have an even bigger impact on the economic vitality on all of the towns along the corridor in eastern Pennsylvania.”

“Montgomery County recognizes that trails enhance the quality of life for those who utilize them -- as well as those who work and live near them,” said Bill Hartman, section chief of Trails & Open Space Planning for the Montgomery County Planning Commission. “This will certainly hold true for the Schuylkill to Susquehanna (S&S) Greenway. We are excited that the current construction of the county's Chester Valley Trail will complete the easternmost extent of the S&S Greenway, connecting Pennsylvania’s southeastern communities with those in the Southcentral portion of the state.”

How to investigate a haunted house