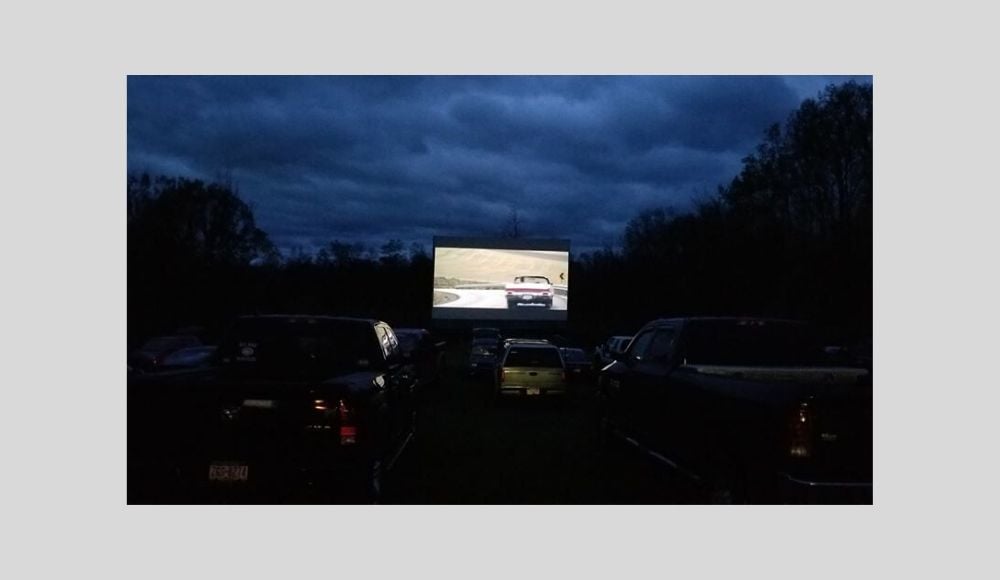 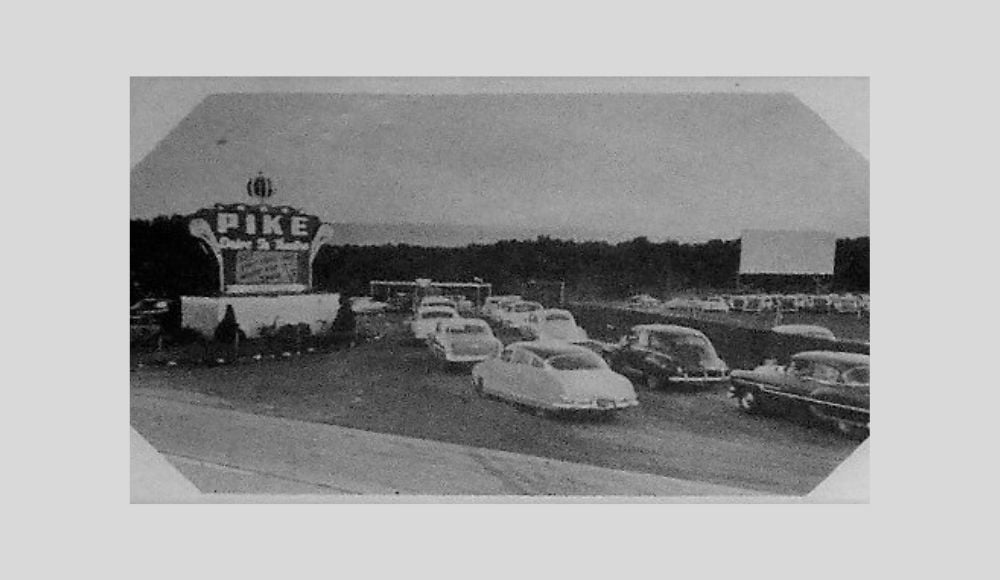 Photo of the Pike Drive-in Theatre back in the 1950s, the golden age of the drive-in movies.

Montgomery, Pa. – Drive-in movie theaters are seeing a resurgence in popularity thanks to summer event cancellations. The Pike Drive-In Theatre at U.S. Route 15 Montgomery opened the weekend of May 15 to a crowd of families and people looking for a place to have date night.

“We had good weather on Saturday, and we had a nice turnout,” said Joe McDade, owner of the Pike Drive-In Theatre. The first night of Friday, May 15, had less people due to rain, though McDade pointed out that movies are still shown in the event of rain.

Going to a drive-in movie this summer may look different than previous years. “Obviously, we are dealing with different parameters,” McDade said in reference to the COVID-19 restrictions. Most noticeably, there will be less cars. Due to social distancing guidelines, vehicles need to park 10 feet away from each other. That’s basically one car space in between each car, McDade said. “We have half the capacity now with the new rules.”

The snack bar has been reconfigured to comply with guidelines. Sneeze guards have been installed. Food will be served differently as well. “We can pack it into a to-go bag, kind of like a curbside pickup,” McDade said. Self-serve stations for fountain soda and condiments are no longer in use. Drive-in employees are taking extra sanitation precautions. Restrooms are now cleaned every 30 minutes.

As for movie selections this summer, that may be limited to older releases for now. The movie industry has put many new releases on hold due to indoor theaters being closed. “New releases such as the 007 James Bond movie (No Time to Die) have been pushed back to November. Black Widow now won’t come out until next spring,” McDade said. McDade expects new releases to resume by July. “When indoor theaters open up again, then the movie companies will have more movies out,” he said.

Despite the current limitations on new releases, McDade still has a fun season planned. Several retro movies will be shown. This summer is the 45th anniversary of the movie Jaws, McDade said. There also is the possibility of the Pike participating in the Tribeca Film Festival’s Drive-in Movie Series, which kicks off on June 25. The series will feature a curated selection of new, classic, and independent films, as well as music and sports events.

Columbia and Northumberland counties among 12 going green on June 12

McDade is hopeful that business will continue to pick up. The drive-in movie industry has declined in recent years. Several area drive-ins, including one in Linden and State College, have permanently closed. One reason is expenses.

In 2016, the movie industry required that theaters have digital projection. “It’s expensive and it put some drive-ins out of business,” McDade said. The Pike Drive-in currently has three screens, two of which are set up for digital projection. The third screen is set up for 35-millimeter movies. “We occasionally get movies on 35-millimeter,” McDade said.

There have been other factors that have contributed to the collapse of some drive-in theaters. In the 1980s VCR’s came out, and that contributed to less people going out to see movies, McDade said.

Now, streaming services such as Netflix are another medium competing for the general public’s time and money. McDade, who has owned the Pike Drive-in for 15 years, noted that the theater has been in business since April of 1953. The theater opened during the “golden age of the drive-in" and is the last drive-in left in Lycoming County.

This weekend, two screens will be used to show double features. Screen one will show the children’s movies Trolls: World Tour and Onward. Screen Two will show Knives Out and The Wretched. Movies begin at dusk, around 8:45 p.m. “We’re happy to give people a place to go and get away from the stress of life for a while,” McDade said.

Tickets and additional information can be found online at www.pikedi.com or on Facebook.