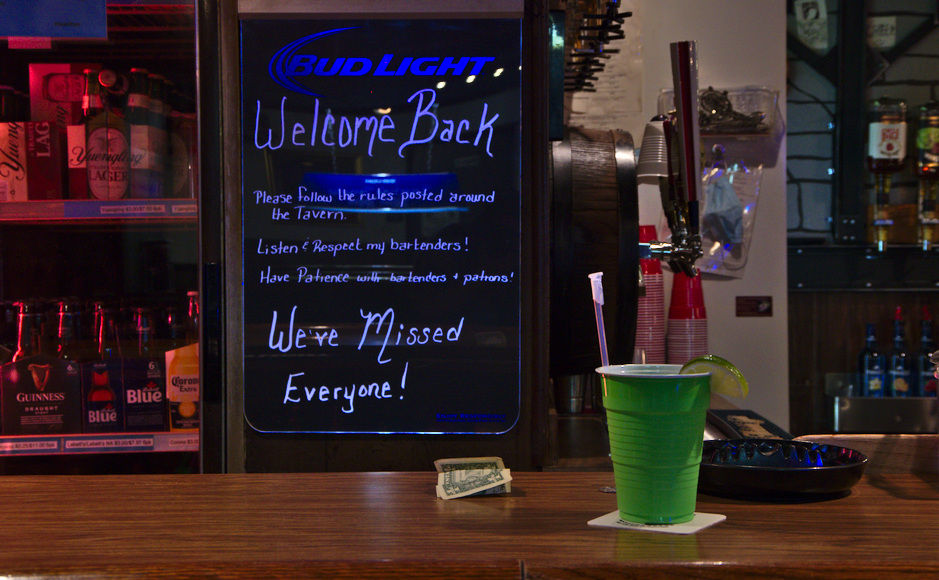 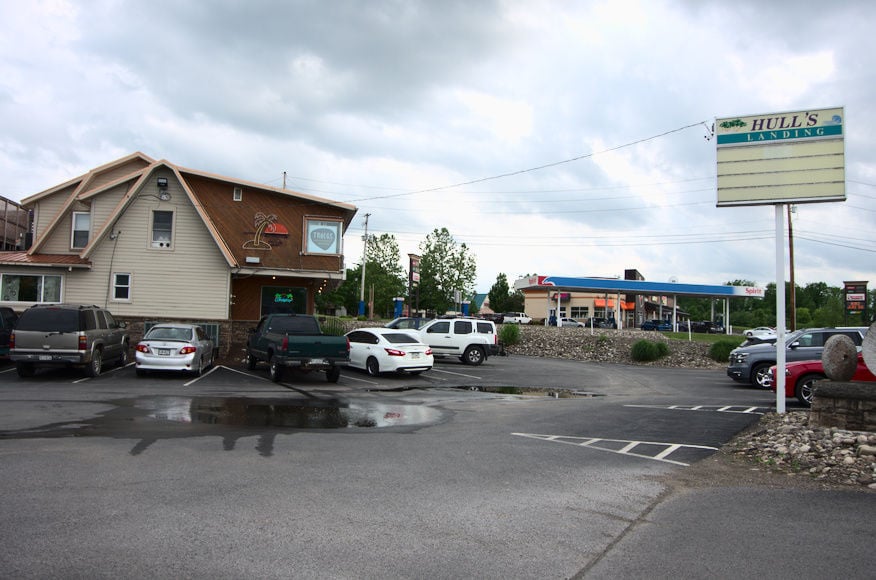 Hull's Landing, between Muncy and Hughesville, on the first day of "green" in Lycoming County. June 5, 2020. 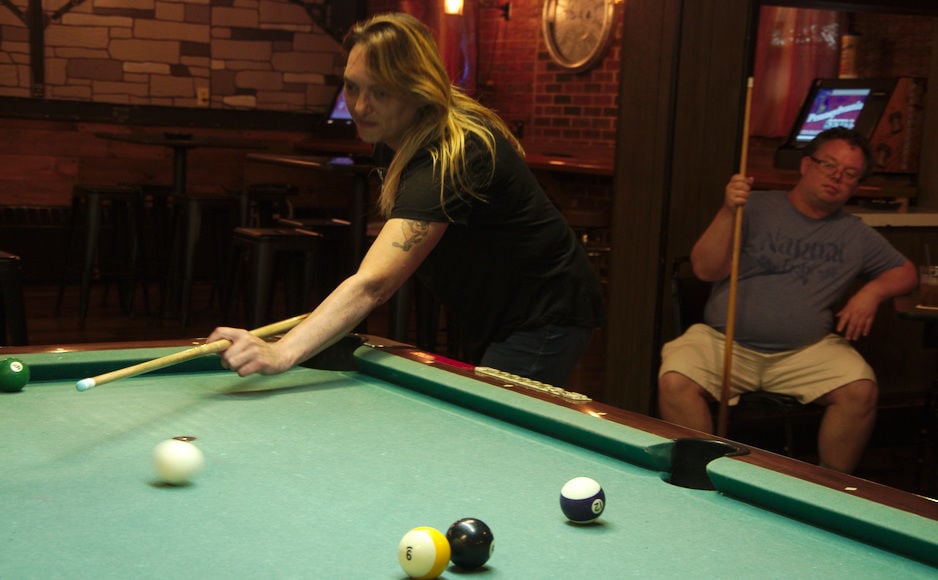 Mary English, shooting, and Shaun Clayton, seated, play pool at a Lycoming County bar on the first weekend of reopening in June 2020. 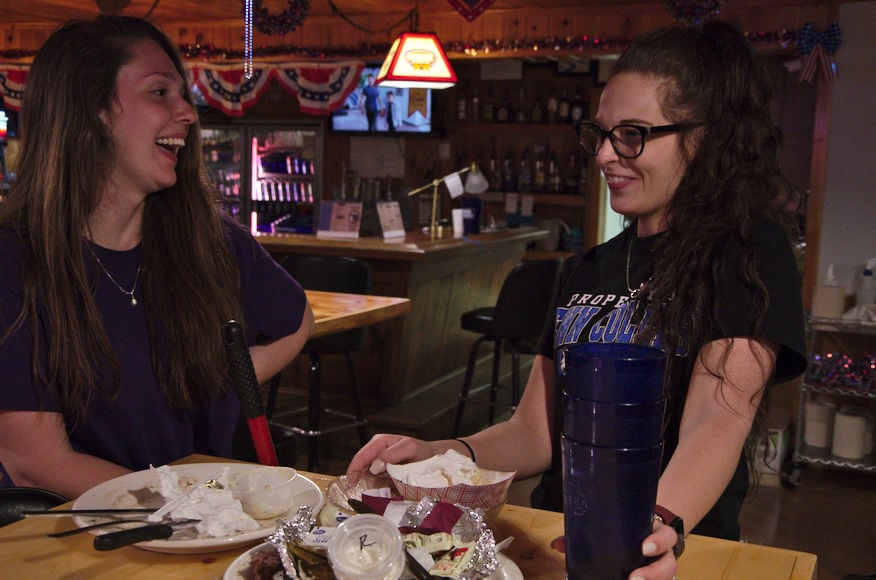 In Lycoming County, going green meant that bars could re-open for business on Friday June 5.

On that night, at the Muncy Valley Moose Lodge, the lead barkeep said that Moose members from other counties that hadn’t yet gone green were making the trip to use their Moose membership. Different faces, the allure of going out, and the fish fry special all had the large club full. An ABC reporter was demonstrating face-masking on the large-screen television in the middle of the three-sided bar. No one was paying the screen any attention: people were making conversation, catching up and giving condolences for a family member recently passed.

Out back in the pavilion, Moose board members were grilling a few sausages and listening to classic rock radio. The senior waitress finally came back to sit down for a cigarette, two hours after her shift was supposed to end.

“We’re doing the best we can,” she said. The staff pulled tables out of the dining room to reduce the amount of seating available.

Trina Willets, bartender at the Fort Brady in Muncy, said the PLCB is asking patrons to wear a mask when going to the bathroom or otherwise moving around the bar. People living together or otherwise close can sidle up to the bar together; otherwise they’re doing their best to hold space between stools.

At Hull's Landing, the wait staff was busy and in high spirits.

“We missed people,” Corissa Stoudt said, standing by the slushie machine in the downstairs entrance. “We don’t know what we’re doing but we’ll figure it out.”

Takeout drinks will continue for the foreseeable future.

Upstairs on the deck, owner Randy Hull took a break from running up and down stairs to say he reduced table capacity. Hull is on the board of the Pennsylvania Licensed Beverage & Tavern Association. He said the board has been busy getting together guidance on what games are allowed and which are not. The rules are attempting to restrict movement around the bar.

“We’re not shutting down quizzo,” Hull said, a Thursday night tradition. “Everyone’s playing at their seats at tables.”