In Washingtonville this past week, a two-story log cabin thought to be more than 200 years old was discovered hiding inside the old bar and apartments at 1014 Water Street.

Could this be the old fort? J. H. Battle, in his 1887 History of Columbia and Montour Counties wrote, "There is some dispute now as to where the old fort or bloc-house stood.  Some think it stood in the valley just across the creek from the borough, while others contend it stood just back of front street, between Church and Water Streets." 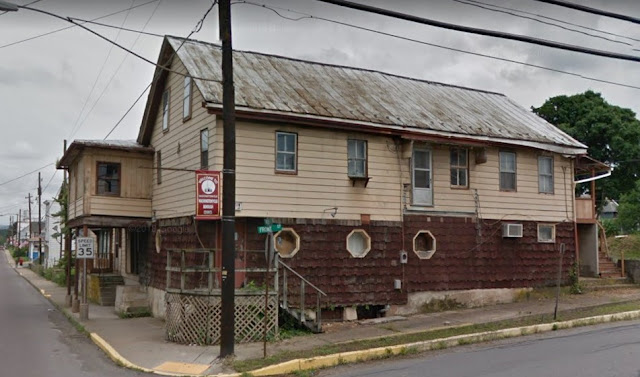 The old bar, once known as KCs Corner, also contained apartments.  Most recently it was used for storage. The building  stood on the corner of Front and Water streets, but had been condemned and was being torn down by Fares Farhat General Construction  this month. No one knew a 200 year old log cabin hid inside. 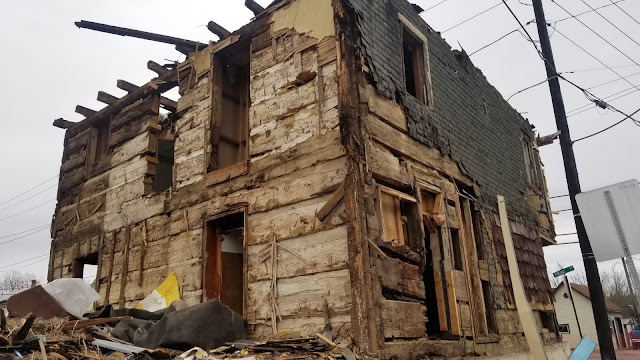 According to the towns mayor, Tyler Dombroski, the borough knew there were some beams in the back of the old bar room that they wanted to salvage and use for something in the town park, but it wasn't until the contractor started peeling back the additions that the two story cabin was revealed. 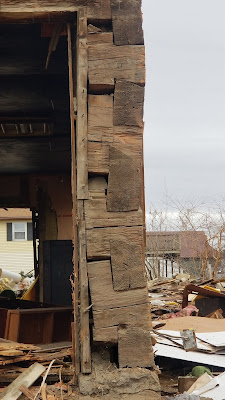 The wide beams were cut by ax, and appear to be hickory.  The building is thought to be more than 200 years old, although no date, nor clear history,  has been established at this time 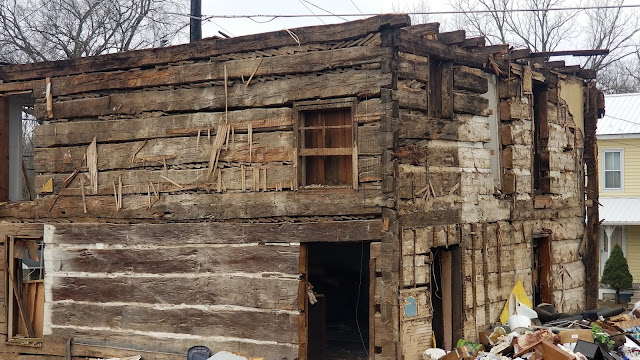 For now, the demolition has temporarily ceased while the borough decides what to do next. 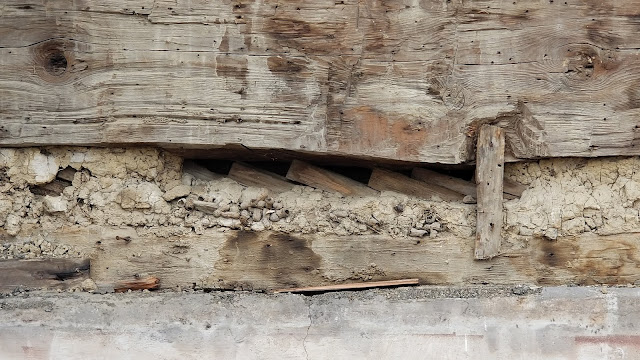 The borough does not own the property, so they cannot choose to simply leave the building stand where it is. Originally the plan was  to knock the structure down, grade the area and plant it in grass, and then place a lien on the property to recoup the grant money the borough  is spending on the demolition. 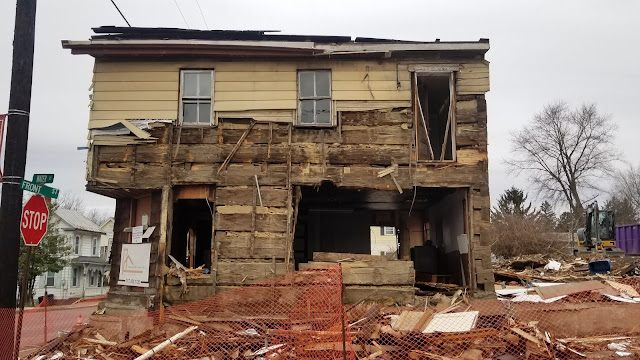 Now the borough is  looking into options to have the cabin torn down carefully, with each board numbered, and rebuilt elsewhere in the borough.  Amish contractor John Lapp will present an option this week, but money will be an issue.

The borough plans to ask the Montour commissioners to use the Community Development block grant funds. $72,000 was originally allotted for the demolition, but the demolition bid came in at less than half that cost. Still, even that may not cover the cost to move the structure properly, and there is  not yet a plan for where he building would be moved.