You can read the full article here.

In 1881 Andrew Carnegie purchased  400 acres in present day Centre County Pa, and he took a 99 year lease on an additional 300 acres.    The area is named Scotia, after Carnegie's homeland, Scotland.  Small scale mining had been taking place in that area since the late 18th century, but in 1880, Carnegie recognized the location as ideal,  with it's abundance of iron ore & with it's close proximity to the Pennsylvania Railroad. Thousands of tons of iron ore were loaded into carts and pulled by mules to the rail station in nearby Julian. 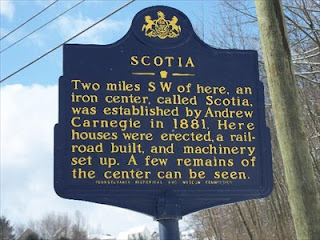 "Two miles SW of here, an iron center, called Scotia, was established by Andrew Carnegie in 1881. Here houses were erected, a railroad built, and machinery set up. A few remains of the center can be seen."

A rail line was later added, connecting to the main line of the Pennsylvania Railroad.  The road that now leads to the Scotia Barrens Shooting Range is the old railway grade. 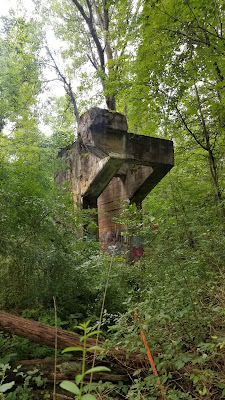 The iron ore from the Scotia mine was being depleted quickly, and it was no longer economical to work and ship the ore to Pittsburgh, according to many articles.  A 1938 newspaper article however, blames fires, and quotes Carnegie as having said "This will never do, man dear' he said with his thick, scotch, brogue.  'we'll all be burned out of such a place.' and he lost heart right away. 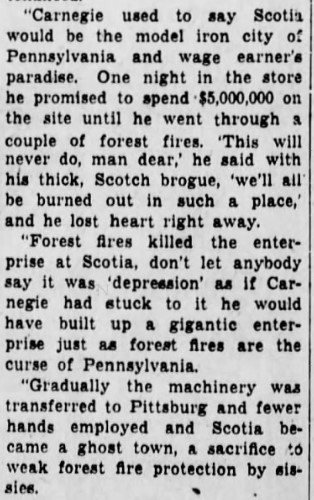 "The Scotia Barrens are what is often referred to as a “frost pocket.” This phenomenon happens when the currents of air blow down from the ridge tops and get trapped in a lower lying area. It has a special microclimate and is usually cooler than the surrounding areas but at times can be very hot and dry as well. A great example of this harsh climate is in the mornings it may be near freezing an get up into the high 70’s to lower 80’s during the day." 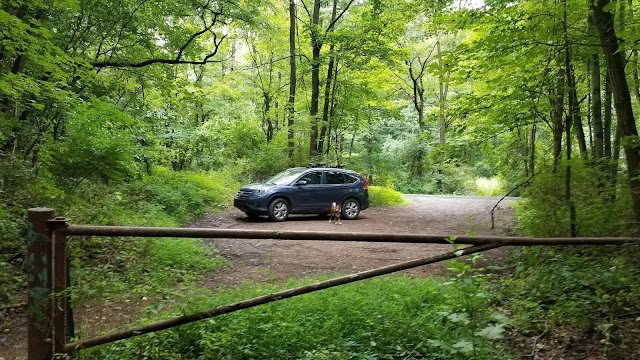 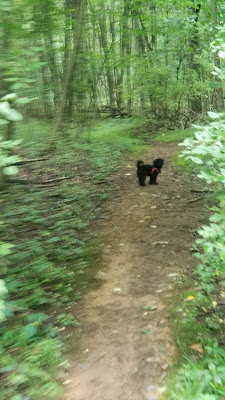 Go past the gate, and turn left.  Continue to take a left any time the trail has an option to go in multiple directions.  As you walk, if you look around the trail, you will see smaller cement remnants along the way.  The trail meanders around, and you will leave the woods and cross a grassy area under the power lines, then go back into a wooded area.  Shortly after re-entering the woods,  the first large ruin will be on your left. 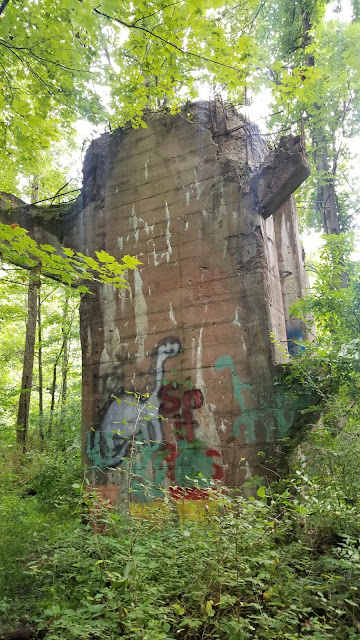 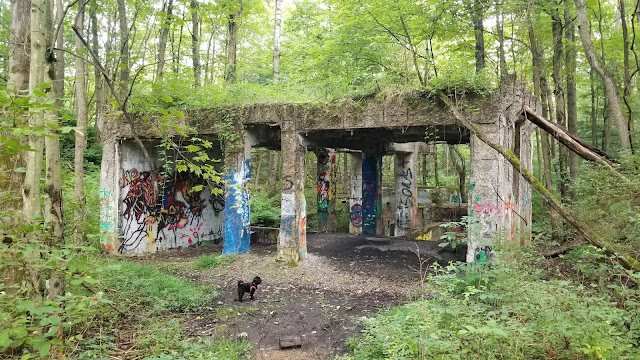