You can read the complete article here:

When we think of war, most of us picture lines of troops approaching each other for battle, as in most civil war re-enactments.

But in 1778, in North Central PA, war was often more of small, sneak attacks on families, not just soldiers.  The Iroquois Indian had allied themselves firmly with the British, and they were ruthless in their pursuit and torture of families settled in this area. As the situation worsened, most citizens moved to primitive forts and smaller fortified houses that offered some protection, however, they would still be vulnerable when returning to their farms to tend their crops and livestock.

In July of 1778, a group of Indians and British soldiers headed for the West Branch of the Susquehanna River to destroy all of the settlements there. Hundreds of settlers were killed in tortured in small attacks, as well as in the larger Wyoming Massacre.  As the attacks began, families from Muncy to Wilkes Barre began a mass exodus down the river to Fort Agusta in Sunbury, in what is now known as the Big Runaway.  Women and children rode on rafts with what few possessions they could salvage, as men walked along the banks, driving the livestock they had been able to save.  Their abandoned settlements were burnt to the ground by their attackers. 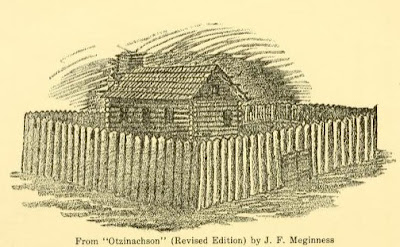 After some time passed, Jacob Freeland decided to return to the area and fortify his home and mills with a fence for protection from future Indian raids.  Fort Freeland, as it became known, sat on the Warrior Run Creek, behind the current day Warrior Run high school.

In the spring of 1779, Indian raids in the area resumed, and several families moved to Fort Freeland for protection.  Almost all of the fighting age men had gone off to fight in the continental army, leaving mostly women, children, and "old men" at the fort. 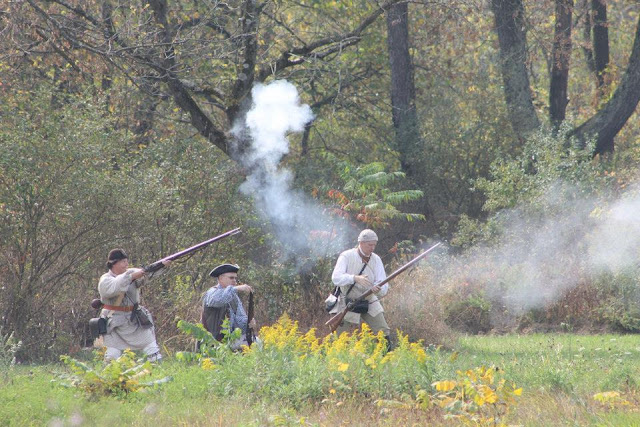 The Battle Of Fort Freeland is Re-Enacted each year at Heritage Days, held the first week-end in October.

On the evening of July 28th, 300 Seneca Indians and 100 British soldiers arrived and attacked the 80 settlers at Fort Freeland.  It's reported that out of the 80 living there, only about 20 were capable of using a gun to defend themselves.  The settlers fought valiantly, until their ammunition ran out.  The women even melted down all of the pewter spoons and plates in the fort to make additional musket balls, but it was not enough.  Eventually the inhabitants were forced to surrender as they ran out of ammunition.  Chief Hiokato, known for his bloodlust, killed all of the wounded.  Non-combatants were allowed to go peacefully, and any survivors of fighting age were taken prisoner.  Fort Freeland was plundered, and the British and Indian troops sat down along the creek to enjoy a meal. 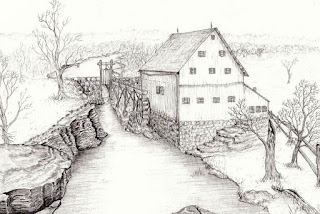 In 1777,  three local men,  Capt. Hawkins Boone,  Capt. John Brady, and  Capt. Samuel Daugherty were mustered out of the 12th regiment of the Pennsylvania Line and sent, at the urgent request of the people of the west branch of the Susquehanna River Valley, to lead their defense. Captain Boone then stockaded his mill with the assistance of the two other captains, several neighbors, and other troops who were defending the area. Located just a couple of miles to the south of Fort Freeland, Boone heard the gunshots and quickly  gathered 30 militia men from Fort Boone to rush to Fort Freeland and provide aid.   According to a letter written by Col. Samuel Hunter, to WIlliam Maclay, on July 29 1779, "Before he arrived at Fort Freeland, Capt. Boone and his party were surrounded by a large party of Indians.  Thirteen of our party was killed, and Captain Boone was among those slain."  All three captains were in fact killed that day, once again leaving the area with no military leadership.

After the battle of Fort Freeland, the Indians continued to terrorize the area, and the remaining settlers left once again, not returning until after the end of the war.

This battle was one of many similar battles throughout our area at this time.  But this battle may have had a larger influence on the overall outcome of the war, even though it was clearly not a victory.  Gen. Washington was, at this time, preparing for the Sullivan Expedition - a scorched earth campaign to put an end to the brutal Indian attacks.  Supplies and food were being stockpiled at the lightly guarded Fort Augusta, and the British and Indian troops that attacked Fort Freeland were headed there next.  However, after the battle at  Fort Freeland, they did not travel farther south, and Fort Augusta, it's supplies and it's residents, were not attacked.  The exact reason for the troops changing their plans to attack Fort Augusta is not known, but perhaps their losses in that battle contributed to the change in plans.

Today the Fort Freeland Heritage Society maintains the site of the former Fort, the house and barn that stand there today, and the nearby historic Warrior Run Church.  A yearly festival includes re-enactments of the battle, as well as demonstrations of crafts, foods and trades of the time, all in period costume.  (The Hower Slote House that now stands at the site of Fort Freeland was built in 1829 by James Slote.  )