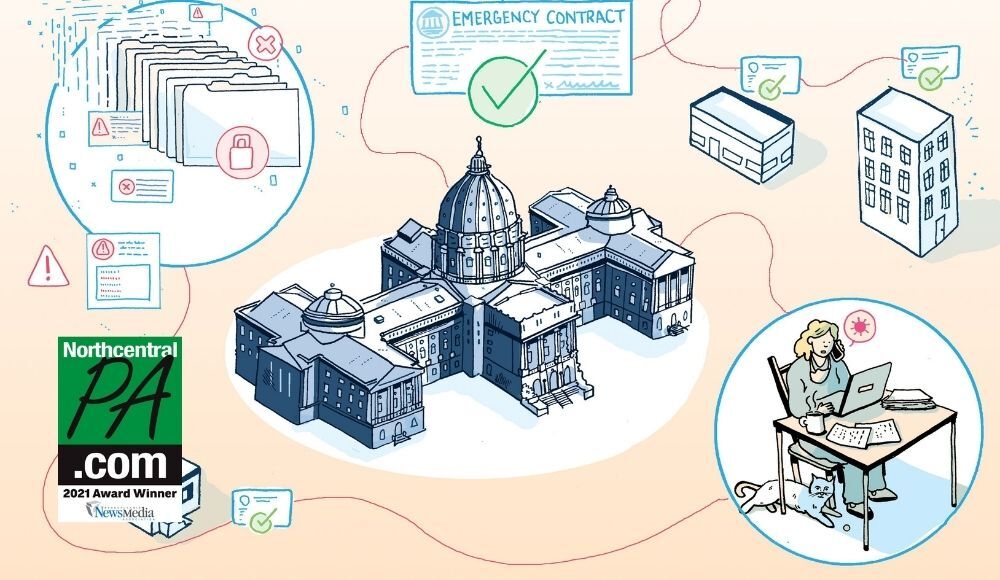 Lawmakers will question top health department officials this week about why they are rushing another contact tracing program agreement after the state fired the last company for a data breach. 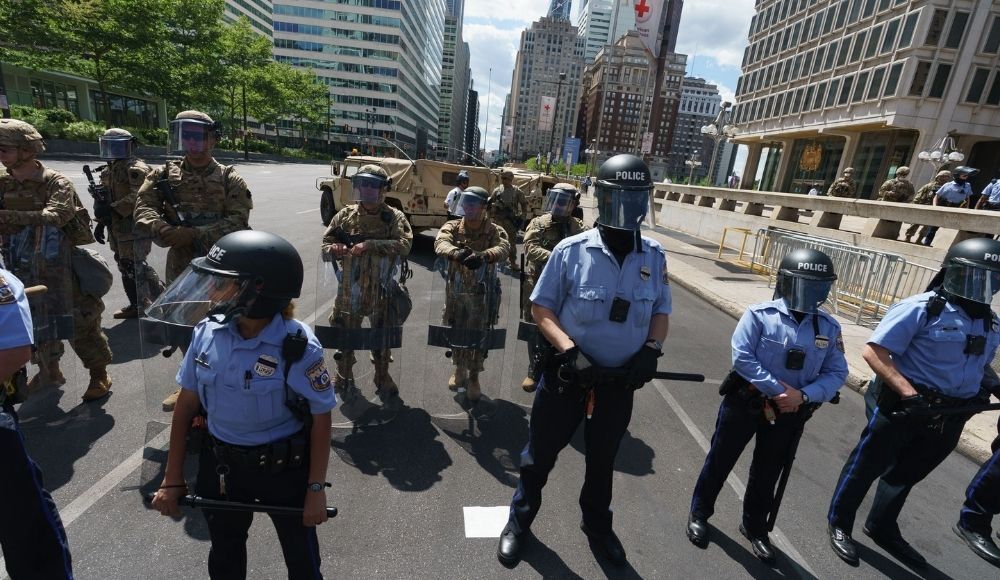 Several requests were related to the anticipation of Black Lives Matter and November 2020 election protests. 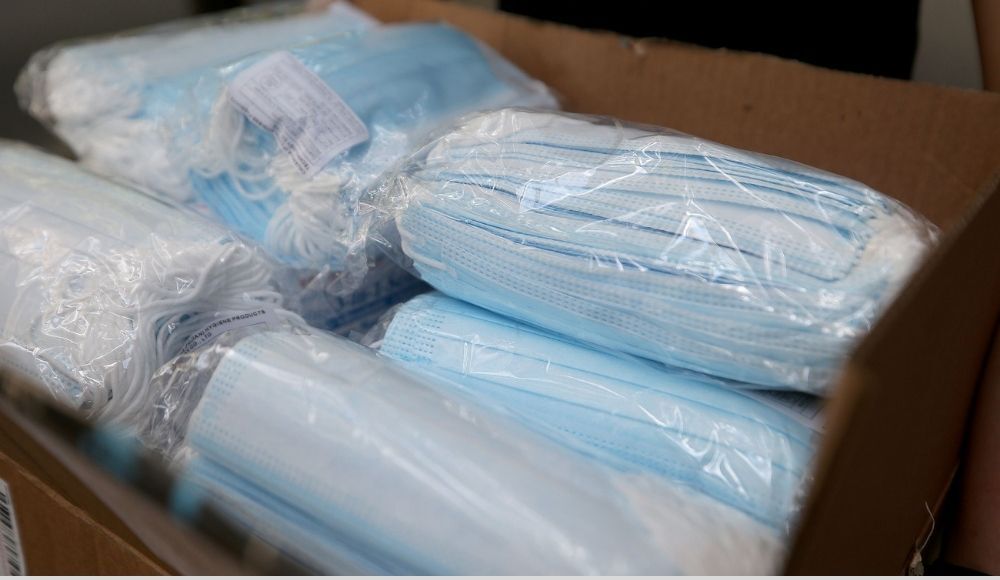 Personal protective equipment made up a significant share of requests since the start of the pandemic.

Harrisburg, Pa. — Lawmakers this week will probe whether state agencies had too much leeway in securing emergency contracts during the pandemic, following controversy over a data breach with a vendor hired to administer Pennsylvania’s contact tracing program.

Rep. Jason Ortitay (R., Allegheny) on Tuesday will lead a House hearing to investigate the emergency procurement process, which allows state agencies to bypass competitive public bidding to acquire what they say are urgently needed supplies or services.

Between 2015 and 2019, Pennsylvania agencies made on average 135 emergency procurement requests each year, a Spotlight PA review of state data obtained through a Right-to-Know request shows. But in 2020, requests increased to 483, with about half explicitly for COVID-19 response. Only 15 were denied.

The estimated costs attached to those requests totaled more than $340 million last year — up from an annual average of $81 million.

Separately, on Wednesday, the Senate committees on Communications and Technology, as well as Health and Human Services, will question top health department officials about why they are rushing another contact tracing program agreement after the state fired the last company for a data breach.

The Department of Health used the emergency procurement process to hire Insight Global in July 2020 to administer the contact tracing program and conduct outreach to people possibly exposed to COVID-19 in an effort to prevent outbreaks. The company’s initial $22.9 million award grew to $57.8 million by March, state Treasury Department records show.

The health department fired the company in May this year after a security lapse exposed the personal information of about 72,000 people.

Both hearings were prompted by a Spotlight PA report this month that found the health department is using the same emergency process to pursue a $34 million agreement with Public Consulting Group, LLC, to take over the program. Health department officials justified the request by stating that the need for contact tracing is still urgent. Lawmakers holding the hearings this week are not yet convinced.

“We have a lot of questions as to the cost, the selection, and the merit of this contract, along with many concerns over personal health care information, and protecting and safeguarding the privacy of Pennsylvanians,” she said.

Gov. Tom Wolf’s office defended the process and in a statement described oversight as “thorough, comprehensive, and transparent,” but did not elaborate on what checks are in place to make sure purchases are vetted thoroughly.

In a statement, a health department spokesperson said officials “look forward to fully participating in the hearings.”

State agencies can initiate an emergency procurement at any time, not just during a state of emergency declared by the governor or a global pandemic. They have to explain why there is not enough time to obtain multiple quotes for the purchase, as well as how the supplier was selected and how the purchase will help the agency respond to a threat to “public health, welfare, or safety,” according to the emergency procurement request forms.

The requests are submitted to the state Department of General Services and are reviewed by the chief procurement officer and commodity managers. An online database of requests shows that many are approved a day or two after they are submitted.

Funding sources for the requests varied. A Spotlight PA review found some pandemic-related requests made since March 2020 were paid for using federal emergency aid dollars, while requests related to other emergencies were backed by other federal funding sources or department budgets.

Requests can be as simple as fixing a boiler or a hot water and heat outage at a state prison.

But some requests made during the pandemic were not as straightforward, a Spotlight PA review found. Several were related to the anticipation of Black Lives Matter and November 2020 election protests.

When the National Guard was sent to Philadelphia in early June last year, emergency procurement requests associated with that deployment included $100,000 for portable toilets and $250,000 for portable shower trailers, records show.

The Department of Military and Veterans Affairs also requested commercial buses to transport guard members throughout the city, but that request did not include a price tag.

In October, Pennsylvania State Police submitted a $25,298 request to purchase tactical glasses ahead of the Nov. 3 election in anticipation of protests, the emergency procurement request said.

The glasses would be used to protect police against laser pointers, which had been used “as a weapon to distract and dissuade the advancement of riot control lines” and could cause officers “serious injury (including blindness),” the request said.

State police spent $25,099 on 200 pairs of the StingerHawk glasses using money from the federal Equitable Sharing Program, which is administered by the U.S. Department of Justice.

In December, the Department of Corrections asked to spend $20,000 to hire a contractor to build a new service road entrance to SCI-Mahanoy, a state prison about 50 miles southwest of Wilkes-Barre, records show.

A federal lawsuit alleges that corrections officers there used so much pepper spray on Tyrone Briggs, a 29-year-old West Philadelphia man, that they killed him. Fearing protests as the lawsuit was filed, corrections said it was urgent to build an alternative entrance to the facility for staff and deliveries.

But there weren’t any protests, according to the lawyer who represents Briggs’ family in the case, nor did he know of any that were being organized by the family or other people.

State law does not require a written contract for emergency procurements.

To find out whether the work was ever completed, and how much the project ultimately cost, Spotlight PA requested invoices from the corrections department. A corrections spokesperson confirmed that the road was constructed in January, a month after the initial request. The invoice dated the next month, on Feb. 28, shows the work cost $14,659.

It is used “on an as-needed basis,” the corrections spokesperson said, without further clarification.

Personal protective equipment made up a significant share of requests since the start of the pandemic.

An Associated Press report in December estimated the state spent about $110 million on plastic face shields, masks, gloves, and more from the beginning of 2020 to early summer last year. That report does not clarify how much of that spending occurred through emergency procurements, but House lawmakers held a hearing in March that focused on how state agencies used the process to acquire the gear quickly.

Department of General Services Secretary Curt Topper emphasized to lawmakers that time was of the essence during the early days of the pandemic, and that the standard solicitation process would not have been fast enough.

“That process can take weeks, and we did not have weeks to spare,” he said.

A department spokesperson later told Spotlight PA that it can take a minimum of 45 days to finalize non-emergency solicitations. About 1,200 such purchases were completed from March 2020 to March 2021.

Earlier this year, lawmakers questioned another expensive purchase: an $11.6 million contract with Boston Consulting Group, a firm hired by the health department in February using federal aid to advise the state’s vaccine task force about the struggling rollout.

At the time, lawmakers who served as members of the vaccine task force couldn’t explain how Boston Consulting Group was chosen.

“Any time you hear of $11 million of a non-bid contract that’s done in this manner, yes, that does raise eyebrows,” one of the members, Rep. Tim O’Neal (R., Washington), said.

Boston Consulting Group was hired before the task force’s first meeting and without O’Neal’s input. Still, the company’s advice improved what started as a “horrible” vaccine rollout, O’Neal said, a sentiment echoed by several other task force members.

To illustrate the firm’s impact, task force members pointed to examples like downsizing the vaccine provider network from more than 700 sites to a “focused network” of 200 to 300 providers in late March, which allowed the state to allocate more doses to bigger sites capable of holding mass vaccination clinics and speed up the administration of first doses.

Beam, the acting health secretary, explained to lawmakers during a budget hearing in April that Boston Consulting Group helped the state improve communication and predictability around the distribution of vaccines, and ultimately provide more vaccinations.

“That’s a dollar a Pennsylvanian that we would be asking to try and get us on the other side of the pandemic,” she said. “And that is an investment that we believe is very worthy of each of the dollars spent.”

During the same hearing, Sen. Michele Brooks (R, Mercer), who chairs the Senate Health and Human Services Committee, said she saw the value in the company’s work, but questioned the high price tag and urged agency officials to keep in mind that the funding, “whether it’s state or federal, it’s all taxpayer money.”

WHILE YOU’RE HERE... If you learned something from this story, pay it forward and become a member of Spotlight PA so someone else can in the future at spotlightpa.org/donate. Spotlight PA is funded by foundations and readers like you who are committed to accountability journalism that gets results.