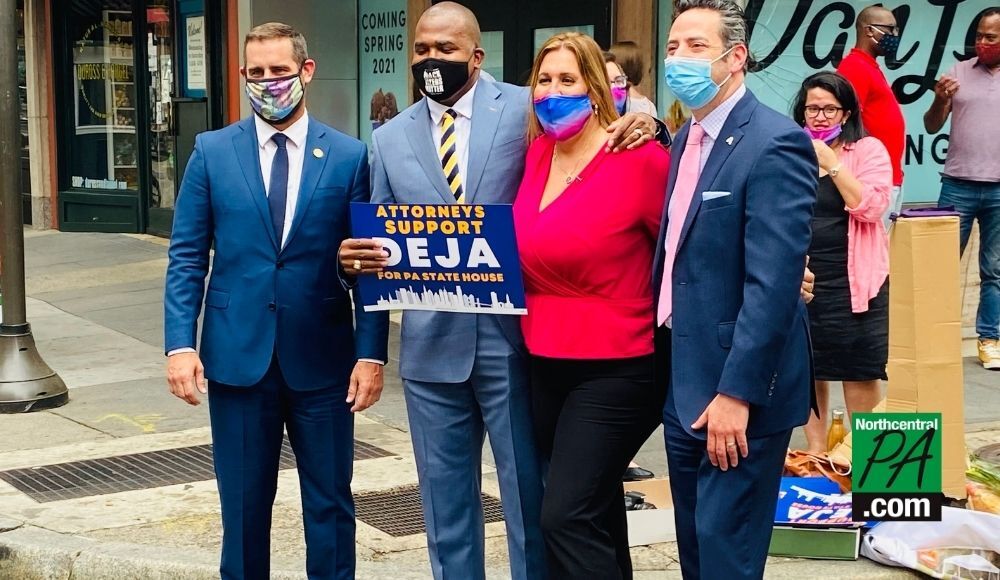 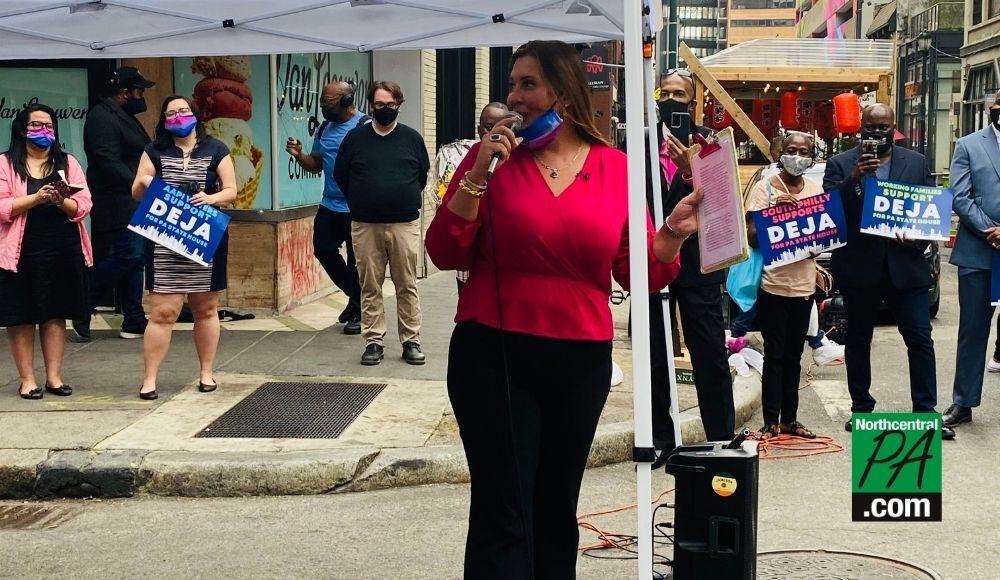 Deja Lynn Alvarez plans to be the first transgender person ever elected to the Pa. house of representatives.

Deja Lynn Alvarez plans to be the first transgender person ever elected to the Pa. house of representatives.

Philadelphia, Pa. - Dr. Rachel Levine made history as the highest-ranking person of transgender origin as the Pa. secretary of health amidst a once-in-a-century pandemic. She is ultimately continuing her history-making run, promoted to U.S. Assistant Secretary of Health for the Biden administration.

In 2012, Brian Sims was elected to the Pennsylvania state house, becoming the first openly gay person to gain entrance to the lower legislature.

Sims is not finished making history. In addition to his recently announced bid for the lieutenant governor’s seat, he has endorsed his choice to succeed him in Harrisburg: Deja Lynn Alvarez.

And if Deja Lynn Alvarez has her way, the history-making will continue with her as the first transgender person elected to the Pennsylvania House of Representatives.

Alvarez is certain what her possible election to the house might mean.

“It will change the nature of politics in Pennsylvania by helping to inspire folks from other marginalized communities to run for public office on all levels,” she said.

“Elevating a vetted transgender candidate as a viable candidate for public office will help shift the discussion from gender politics to platform, substance, and vision,” Alvarez said on how people will get past the idea of a transgender person representing them in the state legislature.

Alvarez is no stranger to work.

“As someone who is both campaigning while also working two additional jobs, I know what it means to make every penny count and balance a budget. I bring a different approach than most in Harrisburg regarding government waste, spending, and accountability,” she said.

This particular election is unique not only because of who holds this house seat, but because of the dynamics surrounding who could hold it next.

Alvarez is not only running to replace the first openly-gay person to be in the Pa. house, but her primary election opponent for the 182nd district, is like Sims, and openly gay.

Alvarez said it is her life experiences which separate her from her opponent, Jonathan Lovitz.

“I come from a nonprofit public health field where making the most with least is constant, with a clear understanding of the services provided by our government, and legislation,” Alvarez said.

“I’ve worked with people from all backgrounds, from the homeless, undocumented, to the small business owner, and CEO. Something I hope to bring to Harrisburg is my ability to build bridges. To not necessarily agree with every view but find commonality to get the work done,” said about her life experiences.

Alvarez anticipates some difficulty being a transgender public official.

“Getting people to move past their preconceived notions and prejudices to see us as serious candidates, instead of our identity, is an obstacle I have faced,” she said.

“Time is your biggest enemy on a campaign,” Alvarez said of her current situation.

Alvarez said that if she is to make history, it will not come without a cost.

“The cost of running a campaign is a barrier for most, and securing funding for nontraditional candidates is a massive obstacle. I announced my candidacy early because grassroots campaigns need time to be impactful.”