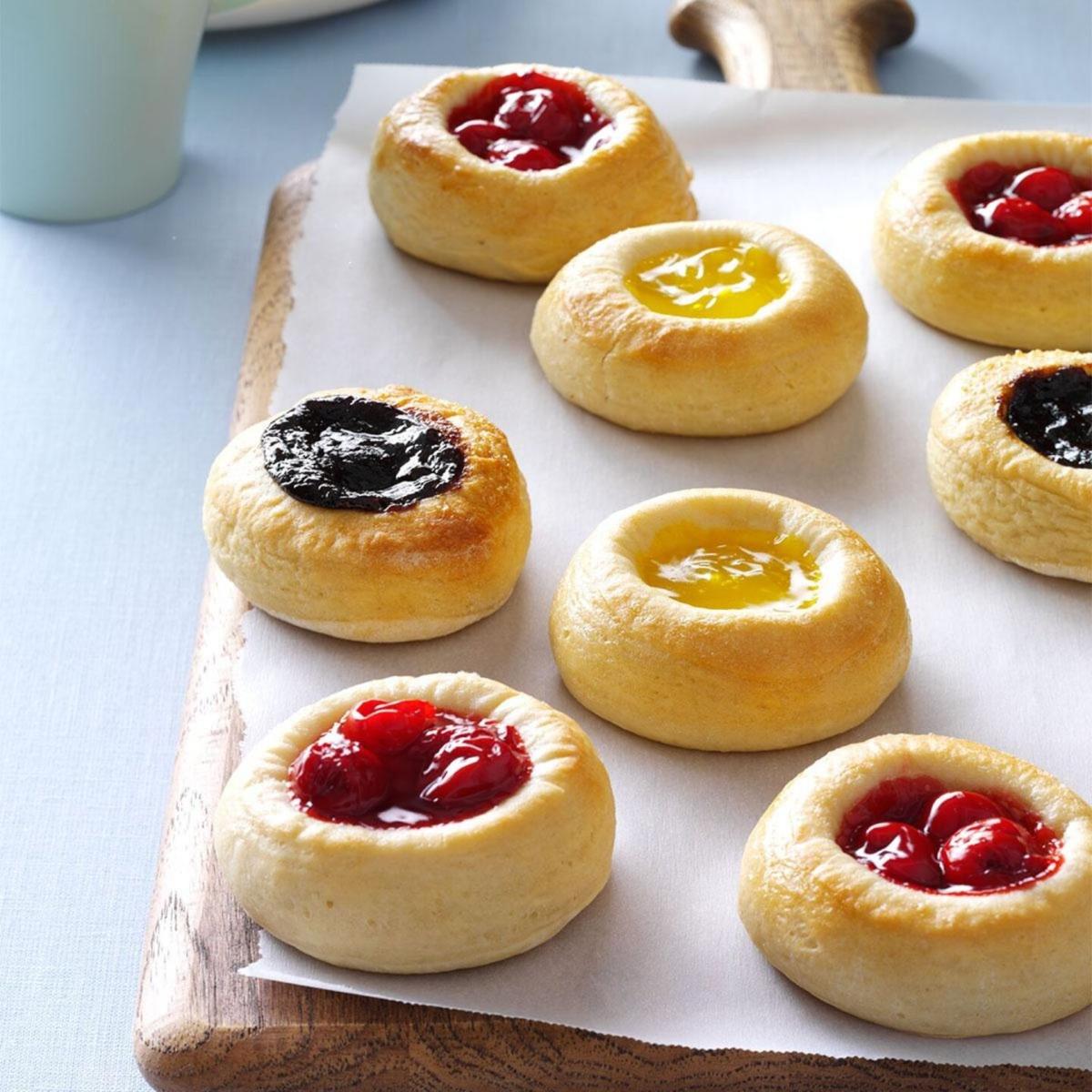 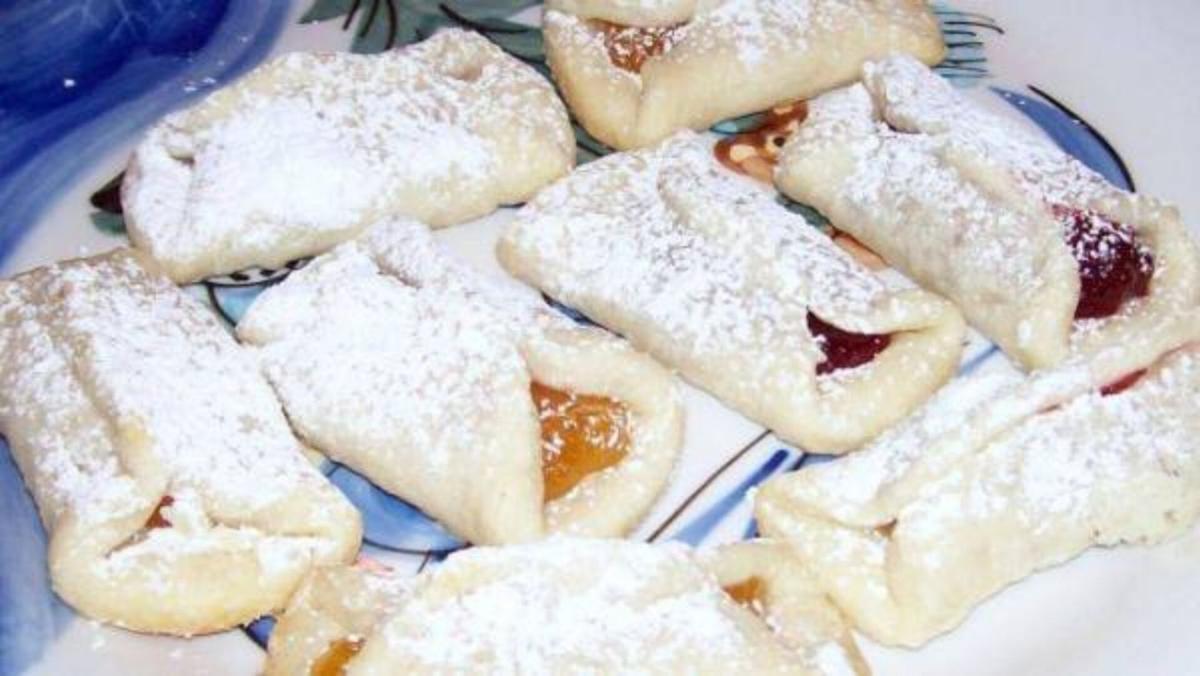 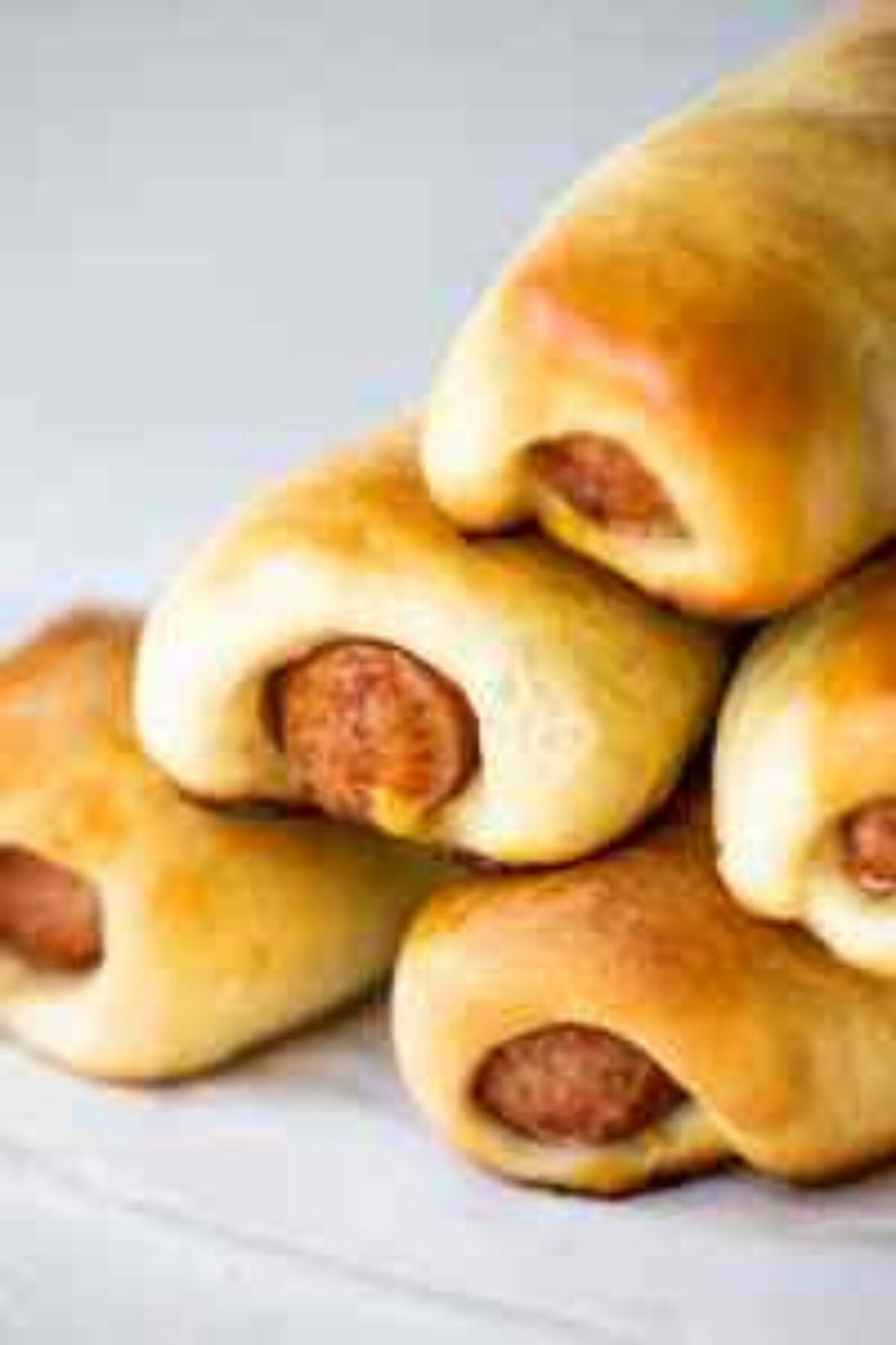 Kolaches (koh-LAH-chees) are Czech yeast dough pastries traditionally topped with a dollop of prune, apricot, poppy seed, or cheese filling. In appearance, they resemble a danish, but there is a difference: danish dough is light and flaky whereas a kolache tends to be slightly more dense and sweet with the dough being similar to brioche.

Kolaches, which take their name from kolae, Czech for “cake“, were introduced to America by immigrants from the Czech lands of Bohemia, Moravia and Silesia in the 1800’s. These immigrants settled in different areas across the United States, including The Coal Region, Texas, and areas of The Mid-West.

What you know as “kolache” varies, usually dictated by “where you’re from”. The sweet fruit-topped version is true to the Czech tradition that holds kolache are only filled with sweet, non-meat fillings, but across the “Czech Belt” of Texas, “kolache” morphed into dough wrapped around sausage, which are known in many other areas in the USA as “pigs in a blanket”. But, “pigs in a blanket” are what halupki (stuffed cabbage rolls) are known as in parts of Pennsylvania.

Then there are the cookies, made from a yeast-based or cream cheese/butter dough known by some folks as “kolache”, but also as kolacky. See, so much really does depend on “where you’re from”!

The Texas version of kolache (the meat-filled one) is more similar to a Czech pastry called a “klobasnek”, but in Texas, both the sweet, fruit-filled version and the sausage-filled are known as “kolache” to most people and it is not unusual to find both side-by-side in a shop or bakery.

Traditional kolaches, are a staple among Czech communities, appearing at church events and family gatherings and often made by the hundreds for weddings. They are popular for holidays, but are enjoyed any time of the year as a comfort food. Not difficult to make, why not create a batch for your family today? My recipe includes both the traditional prune and simple cheese fillings, but you can use your favorite flavor of canned pie filling or jam instead.

If desired, kolaches may be drizzled with a confectioners sugar glaze or dusted with powdered sugar.