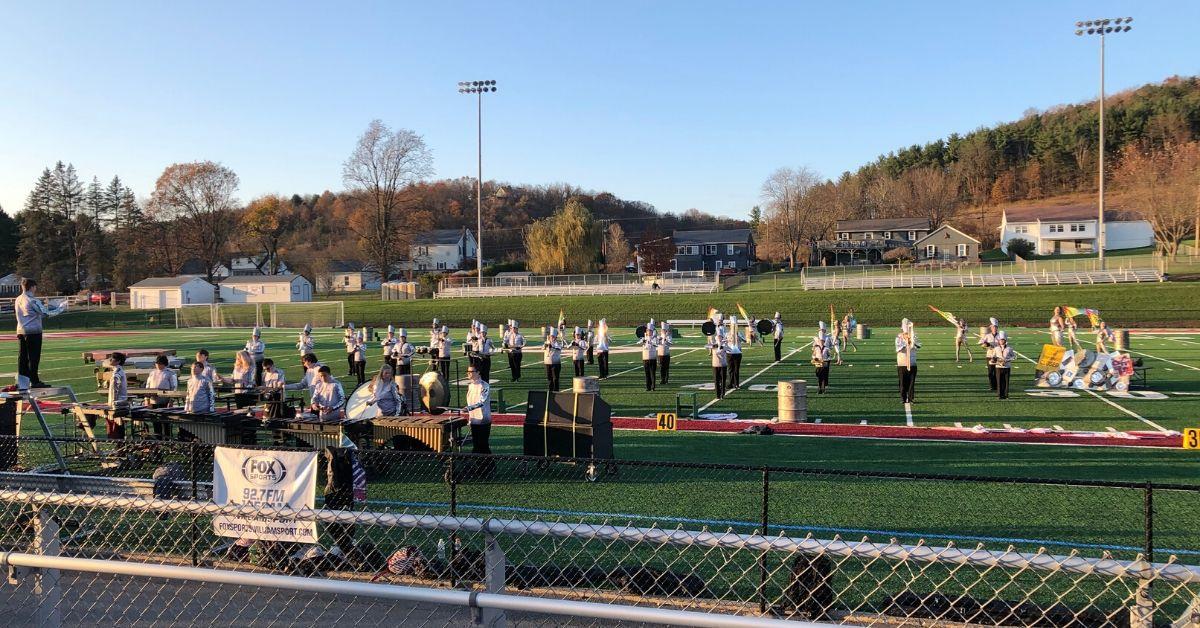 The Loyalsock Township High School Marching Band performed Saturday evening for friends and family before heading to the Tournament of Bands Atlantic Coast Championship in Hershey on Sunday. Showing up to support their performance? The LTHS football team, who has the band's support throughout the season. Photo provided 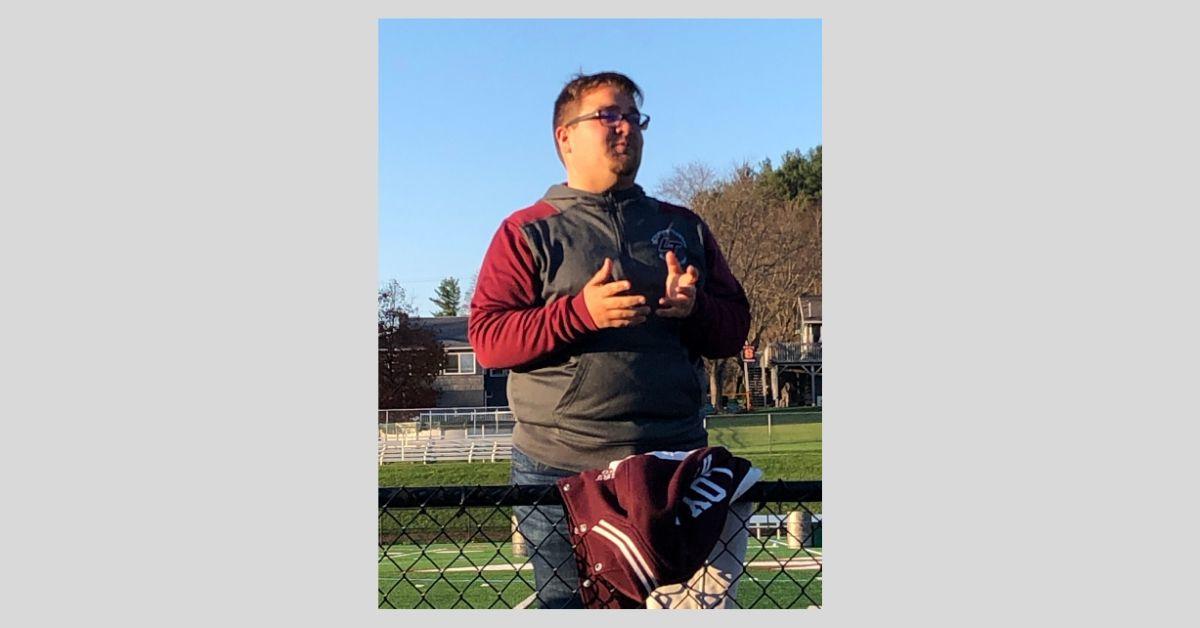 Typical fall Friday nights in northcentral Pa.: football teams take the field, the crowds pack the stands, and the band provides the soundrack. It’s hard to imagine a high school football game without the raucus, pumped-up sounds of brass, winds, and percussion.

Not only do they pump up the crowd at football games on Friday nights, but many marching bands compete in regional band competitions, including the Tournament of Bands and Cavalade of Bands marching band circuits.

Who showed up to support their incredible achievements? The Lancer football team and coaching staff.

About 20-25 players and coaches showed up to watch and cheer on the band as they performed in the stadium. “It means the world to us to have the football team here to show their support,” said Ryan Bulgarelli, director of bands.

“Our entire community has worked so hard this year to support our band students. We are extremely proud of the efforts that they put forth each week both to support the Lancer football team and in our own competitions,” said Bulgarelli.

The Lancer Marching Band won it's first Cavalcade of Bands Championship in 2017. The band is 20-time Tournament of Bands Region IV Champions. They performed at the 2015 National Outback Bowl Parade and Festival, and they are the only band in North America to open for the world-renowned performing group "Drumline LIVE."

The band has two competitions remaining. They compete Sunday in the Atlantic Coast Championships (ACCs), and Cavalcade of Bands Championships on November 9.

“We’re currently ranked 6th in a 13-state region and will compete against schools with populations 3 to 4 times our size at ACCs. That being said, we are incredibly proud of the time, effort, hard work, and dedication that our students have put in to this year's production,” said Bulgarelli. “Our 2019 show, entitled ‘Heart of the Machine,’ has proven to be an audience favorite, frequently leaving spectators on their feet cheering or with tears in their eyes. Our story of the Tin Man's journey to find his heart has resonated with band and audience members alike, and we are incredibly proud to have the opportunity to share our artistic and inspirational story with audiences this year.”

The Lancer Marching Band, open to all students in grades 8-12, enjoys the support of the entire Township, including the school board, administrative team, building principles, teachers, faculty, and staff. The music department has been recognized as an 11-time “National Best Community for Music Education.”

“We are so proud to bring our Tin Man's story to life, representing Loyalsock through our music and artistry. Without doubt, these students have truly become the Heart of the Township,” said Bulgarelli.