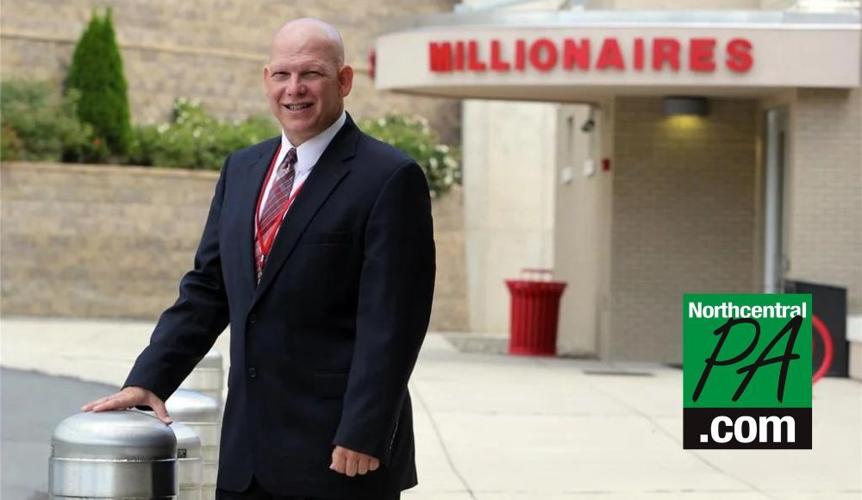 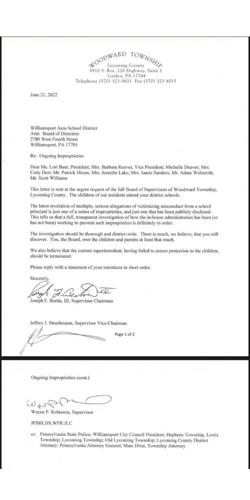 Entire letter from the Woodward Township Board of Supervisors that was sent to WASD.

Williamsport, Pa. — The entirety of the Woodward Township Board of Supervisors has sent a letter to the Williamsport Area School District demanding the termination of Superintendent, Dr. Timothy Bowers.

This comes in the wake of 30 felony charges being filed against High School principal, Roger Freed.

Freed is accused of sexual contact with a minor student, corruption of minors, and furnishing liquor to a minor. He allegedly engaged a juvenile in an "emotional and sexual relationship" for seven years.

The letter, addressed to each member of the school board, reads as follows:

This letter is sent at the urgent request of the full Board of Supervisors of Woodward Township, Lycoming County. The children of our residents attend your district schools.

The latest revelation of multiple, serious allegations of victimizing misconduct from a school principal is jus one of a series of improprieties, and just one that has been publicly disclosed. This tells us that a full, transparent investigation of how the in-house administration has been (or has not been) working to prevent such improprieties is definitely in order.

This investigation should be thorough and district-wide. There is much, we believe, that you will discover. You, the Board, owe the children and parents at least that much.

We also believe that the current superintendent, having failed to assure protection to the children, should be terminated.

Please reply with a statement of your intentions in short order.

This letter comes hours after the district released their first statement on Freed, saying he had been suspend with pay.

Others have also been calling for Dr. Bowers to step down.

"Dr. Bowers should resign immediately," Jason Fitzgerald, district parent and taxpayer, said on Facebook, "these rumors have been circulating for some time now, and once again, the leadership of the WASD has failed to keep our children safe."

"A normal district superintendent would say something like this... 'These allegations are heinous, Dr. Freed has been removed from his position, we are cooperating with the State Police, anyone with additional information should contact the authorities. WASD has a zero tolerance policy regarding sexual abuse. Our prayers are with the victim,'" Fitzgerald wrote.

"Instead [Bowers] will once again try to ignore the media and hope it goes away," he continued.

Fitzgerald was a guest on NorthCentralPa's "The Midday Show" June 22, where the allegations against Freed were discussed further.