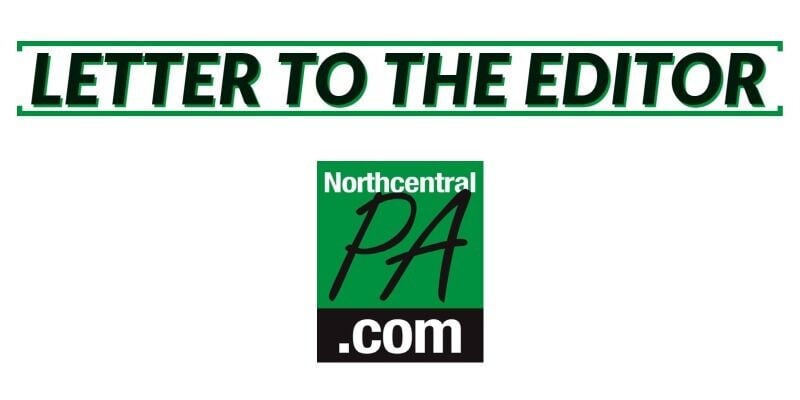 Michael Heyd, a retired medical librarian from Fairfield Township who spent more than forty years searching the literature for professional hospital staff, is a member of Let’s end COVID!, a group of concerned people in Northcentral Pa. working to overcome the COVID-19 pandemic through education, outreach and mitigation.

In a widely circulated image a little girl asks her mother about the mark on her arm. Told that it’s her mother’s smallpox vaccination scar, the girl asks, “Why don’t I have one?” The answer: “Because it worked.”

Pandemics are devastating, disrupting business, education, and government. They kill hundreds of thousands of people, and sometimes leave survivors with lifelong problems. The Plague of Athens in 430 BCE killed a quarter of the population, destroying the city’s culture and its democracy. The Justinian Plague killed half the people in the world in 541. Eight centuries later the same flea-borne germ caused the “Black Death” in Europe, killing some 50 million people.

The first vaccine, in 1796, used an animal virus (cowpox) to create immunity to the human smallpox virus. Before that, people were inoculated with material from infected patients’ sores or scabs. The procedure was risky but it reduced smallpox deaths from 30 percent to less than 2 percent. George Washington, with the blessing of the Continental Congress, ordered variolation for all recruits, so that by the fall of 1776 his healthy army was able to defeat the British invaders under General Burgoyne. American independence owes its existence, in part, to mandatory vaccination.

Massachusetts passed the earliest American vaccination law in 1809, requiring the general population to be immunized against smallpox. Boston, in 1827, became the first American city to require smallpox vaccination for school students. Enforcing such laws across the nation led to strong opposition. Some states repealed vaccination laws. The Anti-Vaccination Society of America formed in 1879. A York, Pennsylvania newspaper in 1906 reported threats to burn schoolhouses and whip teachers in response to the vaccination requirement. Just about every vaccination requirement over the years has met some level of resistance.

But history shows the effectiveness of mandated vaccines. Look at the incredible reduction in mortality with all the childhood vaccines developed in the 20th century. Mandatory childhood vaccinations led to decades’ greater life expectancy in our parents’ and grandparents’ generations, and they continue to benefit all of us.

The 1918 pandemic established that public health measures such as closing businesses and schools, isolation, contact tracing and masking are effective. Cities that started such measures quickly fared better than those that reacted more slowly. But these measures have also met resistance and non-compliance. In San Francisco, a 1918 ordinance requiring everyone to wear a mask in public was lifted when the crisis seemed to be over. When cases spiked again, the city reinstated the ordinance, prompting organized protests and the formation of an “Anti-Mask League.”

The COVID-19 pandemic ebbed in 2021 as more people got vaccinated. Unfortunately, vaccinations stalled long before reaching herd immunity, and businesses reopened, activities such as sporting events resumed, and perhaps most significantly, schools reopened in person. These factors, along with waning immunity in some vaccinated people, gave the more contagious Delta variant the opportunity to bring the pandemic up to full speed again.

The response to the current COVID crisis announced by President Biden on September 9 has several mandates. These include requiring employers with 100 or more employees to ensure their employees are vaccinated or tested weekly, and requiring vaccinations for all federal employees and contractors, all healthcare workers in hospitals and other facilities that participate in Medicare and Medicaid, and all staff in Head Start Programs, Department of Defense Schools, and Bureau of Indian Education-Operated Schools.

On August 31, the PA Department of Health issued an order requiring that every teacher, child/student, staff, or visitor working, attending, or visiting a public or private school wear a mask indoors, regardless of vaccination status.

The perpetual tension between civil liberties and government authority comes to the fore when governments try to stop pandemics. As in the past, these mandates have generated discussion, disagreement, and in some cases strong resistance, even non-compliance.

Vaccine mandates are constitutional. The Supreme Court ruled in 1905 (Jacobson v. Massachusetts) that governments have the authority to mandate vaccinations. In 1922 (Zucht v. King) the Court upheld vaccination requirements in schools. There are questions about the federal government’s authority to mandate vaccinations and other measures, and whether vaccines under emergency use authorization should be mandated. Courts will decide these eventually, but we need to get COVID-19 under control now. Surely unprecedented circumstances justify unprecedented solutions.

In its 1905 decision the Supreme Court wrote, “The liberty secured by the Constitution of the United States to every person within its jurisdiction does not import an absolute right in each person to be, at all times and in all circumstances, wholly freed from restraint. There are manifold restraints to which every person is necessarily subject for the common good. On any other basis organized society could not exist with safety to its members.”

It’s as true today as it was then: we are all in this together.

A mix of clouds and sun during the morning will give way to cloudy skies this afternoon. High around 45F. Winds SE at 5 to 10 mph.