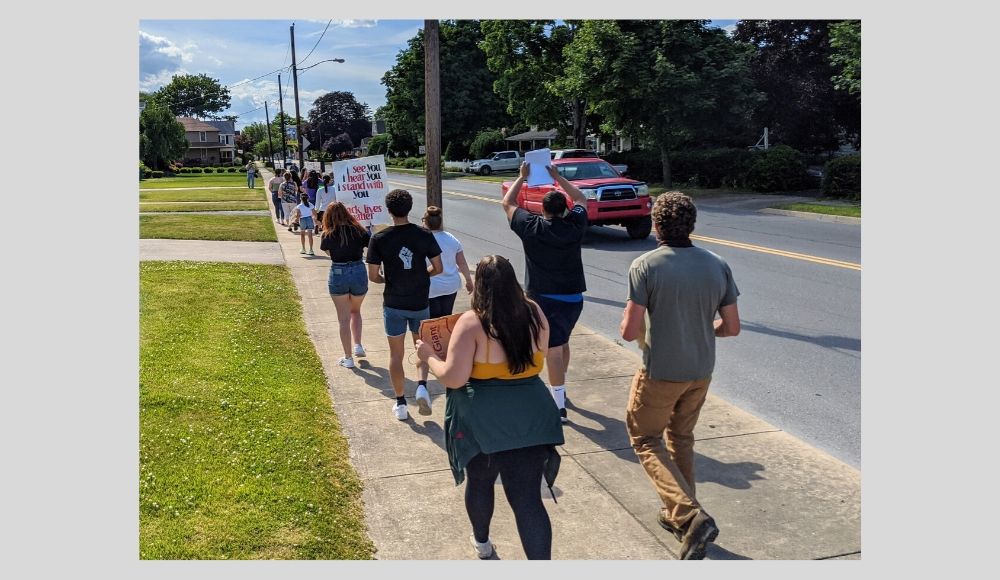 The protest on Friday in Montoursville was peaceful, despite a few shouts from passing vehicles. Many honked in solidarity. 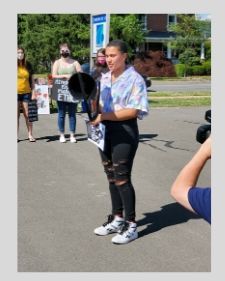 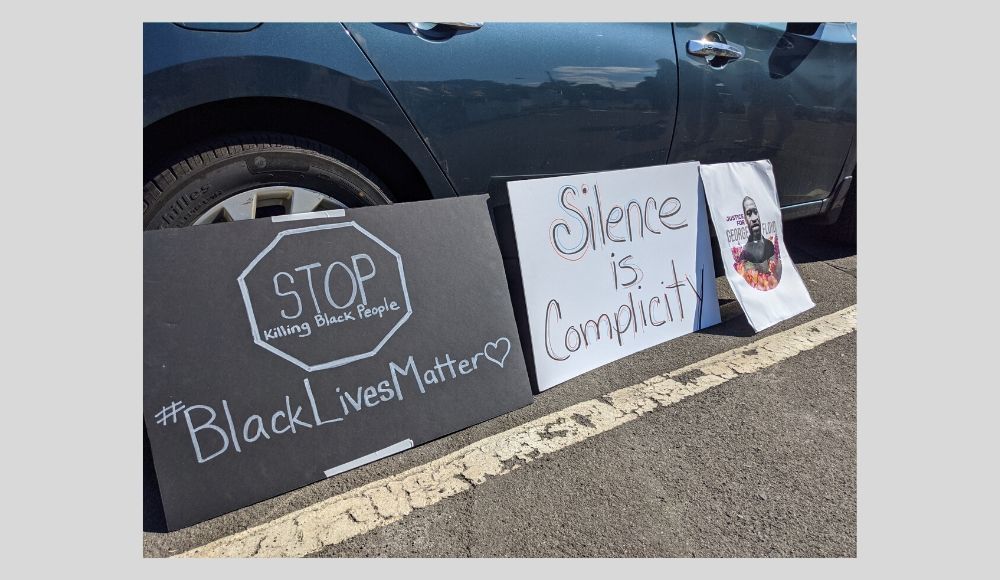 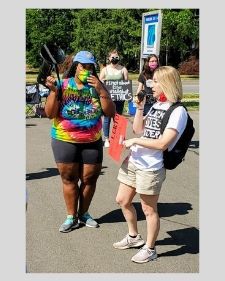 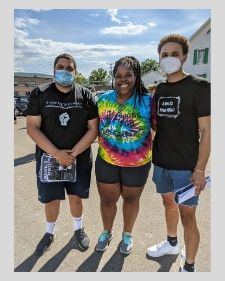 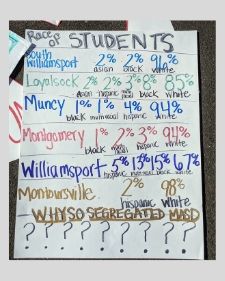 Organizers chose Montoursville in part because of a lack of diversity in the Borough; statistics are shown on this sign. 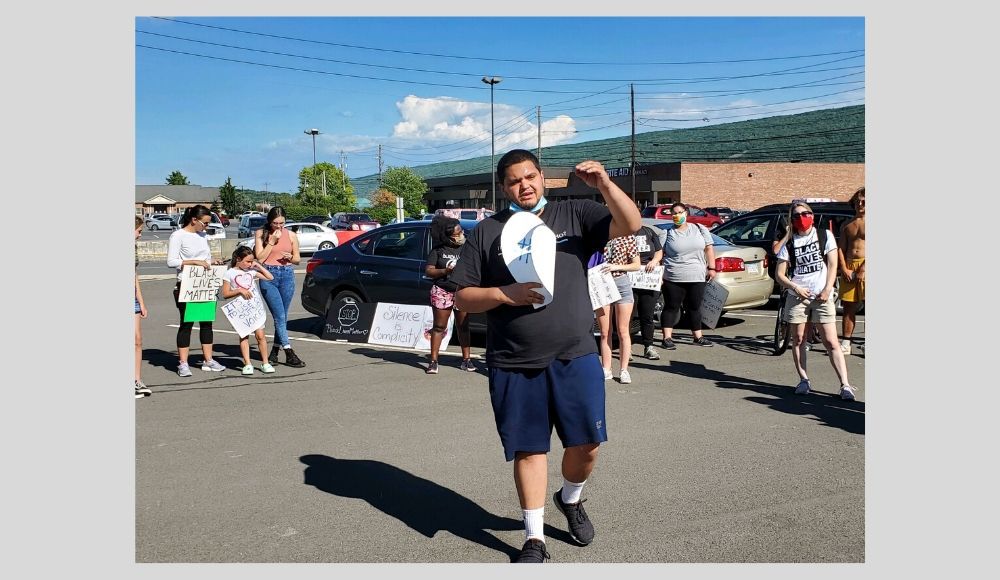 Frank Manzano, one of the founders of a local group called 'If not us, then who?' addressed the group. The organization is hosting a peaceful protest on Sunday in Watsontown.

Montoursville, Pa. - A young girl named Arianna Larson was sitting outside Konkle Library along Broad Street in Montoursville a few weeks ago, waiting for a friend. A white pickup truck with two people Larson described as "middle-aged white men" slowed to a stop, and one yelled a racial slur at her.

“They laughed and drove away,” said Larson.

She told the story quietly in an interview with NorthcentralPa.com. Minutes later she told it again, a little louder, to the group that gathered Friday evening in a parking lot on the east side of Montoursville, near the intersection of Walnut and Broad Streets.

Larson, a lifelong resident of the borough of Montoursville, is going into ninth grade at Montoursville Area High School this August. She said the racist behavior isn’t new; that she is the target of racism at school, too.

Peaceful protestors gathered to show support and solidarity for Larson, to continue the momentum of recent weeks of social activism, and to call attention specifically to lack of diversity in the school’s curriculum on Friday afternoon.

The group of approximately 100 protestors walked along Broad Street carrying signs and chanting slogans that have become familiar. No Justice, No Peace; In November we remember; Say their names: George Floyd, Breanna Taylor...

“I just moved [to Montoursville] from Williamsport,” said the event organizer Kalyn Essick. Essick is a teacher in the Canton school district, but feels strongly that racism and hate have no place in her community, and that changes in the school district are necessary to bring a more balanced curriculum to students. Essick said she is also considering running for Montoursville Area School District school board to help facilitate change at the curriculum level.

Another activist working toward curriculum change is Brittany Stephenson, a Bloomsburg University Student who attended the rally and spoke to the group about a change.org petition she started, called Education Reform NOW: Change Curriculum to Include History of Systematic Black Oppression. Of the 25,000 signatures she is seeking, the petition has garnered 18,656.

“Current education policy only teaches half the story, omitting the history of systematic, racial oppression of people of color,” Stephenson wrote. “This call for educational reform demands that school curriculums within the United States must include the teachings of systematic racism, black oppression, and the history of the political, economical, and social forces that account for the oppression of people of color.”

Also making the trip to Montoursville were Xavier Rodriguez, 21, and Frank Manzano, 24, two of a group of men who, within the last three weeks, began 'If not us, then who?' an organization in central Pennsylvania focused on ending systemic racism in this area.

“We need to put people of color in positions of power so we have a say in how we go forward,” said Manzano. “We are not represented in any way, shape, or form,” in central Pennsylvania.

“At the end of the day, all lives should matter,” Manzano said, addressing the crowd. “But they don’t. We couldn’t just sit back on Facebook and post about it anymore. It’s time to do something,” he said.

'If not us, then who?' is organizing a peaceful protest in Watsontown, Pa. at the intersection of East Brimmer Avenue and Main Street on Sunday, June 28 from 2-5 p.m.