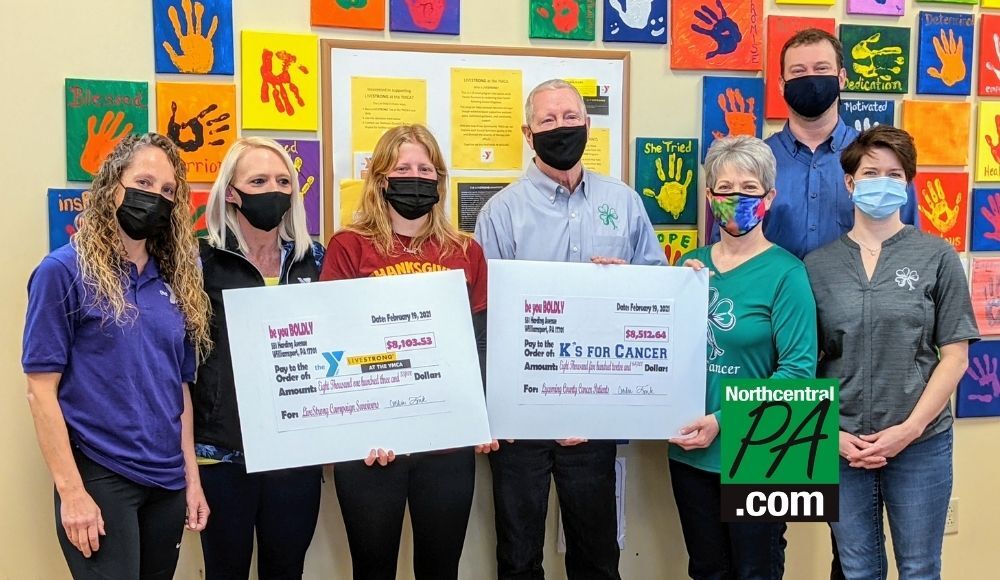 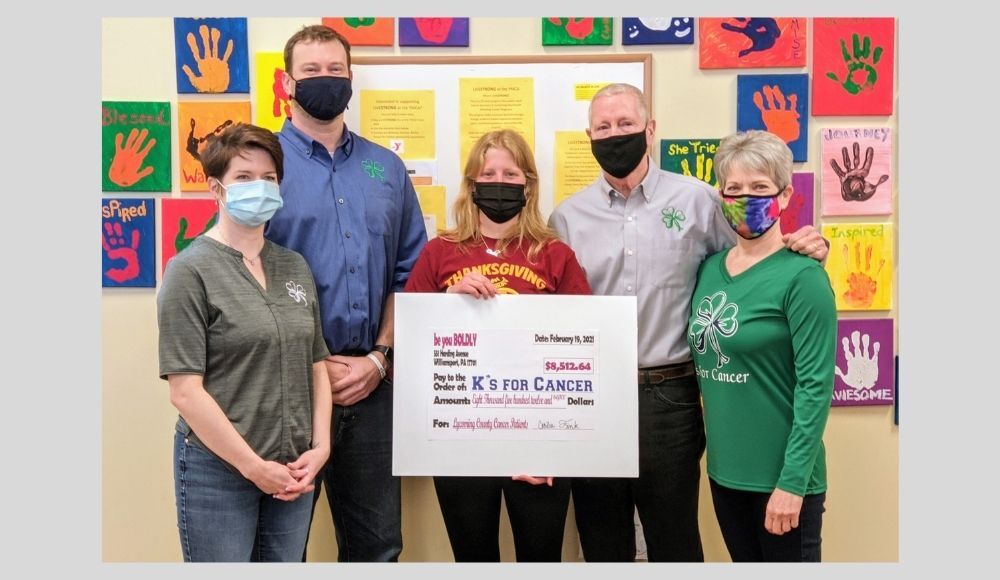 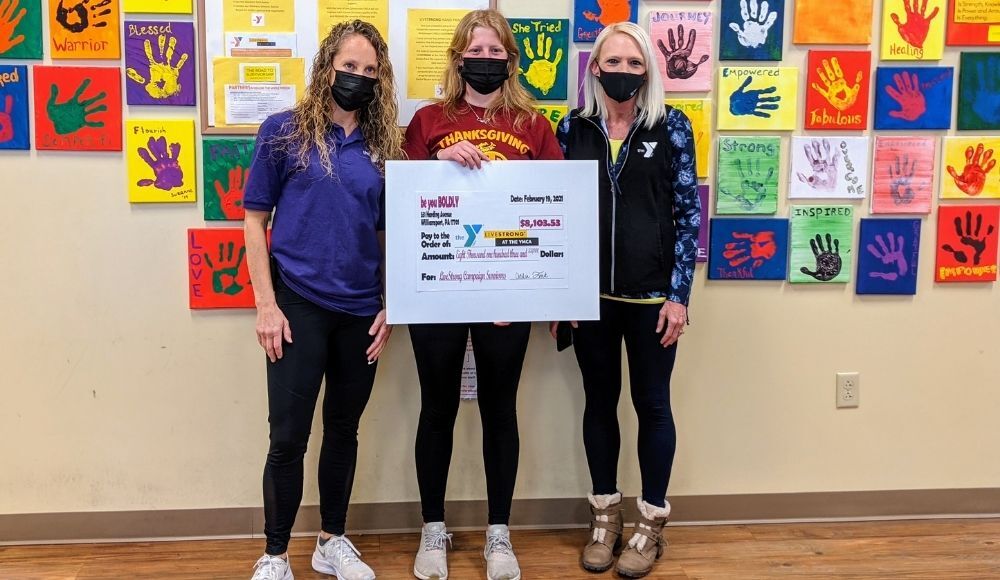 Williamsport, Pa. -- Cecilia Fink is more than a senior at the Williamsport Area High School. She's a cross-country runner, track and field athlete, founder of the charity Be You Boldly, board member of K's for Cancer, and the most successful teen fundraiser the River Valley Regional YMCA has seen.

On Friday, Fink presented two checks. One to the organization K's for Cancer in the amount of $8,512.64 and another to the YMCA for $8,103.53 in support of the Livestrong Program. It was her seventh annual donation.

Fink raised the funds in a variety of ways. She organized the 4th annual Pie Day 5k, a family fun 5K held Thanksgiving morning, a Zumbathon in August, and, and she sells jewelry, this year raising $16,616.17 to support her charities of choice.

K's for Cancer was created in the memory of Justin Flannery Hiton to provide direct and immediate support to cancer patients and their families in Lycoming County. Justin lost his battle with colon cancer in 2013 at just 28 years old.

"We're blessed to have Cecilia on our board," said Rex Hilton, Justin's father and president of K's for Cancer. Hilton noted Fink's dedication and hard work. "She does all the work, and we get all the benefits!" he joked. But on a serious note, Hilton knows how time consuming organizing a 5K is, as he has organized them in the past as well.

K's for Cancer also raises money through their annual St. Patrick's Day 5K, which had to be postponed in 2020, and ended up--like many 2020 events-- going virtual in September. The organization also hosts an annual golf tournament each August.

The Hilton family's appreciation runs deep for the high schooler. "Justin would be happy to know we're not dwelling on sadness and we're doing something good," said Catherine Flannery Hilton, Justin's mom.

The family was blessed, she said, that financial struggles were not part of their son's cancer experience, and if he could, he'd be right there with them in their quest to help others. "We're spreading a little sunshine," she said.

Sonja Davy, branch executive director of the Williamsport YMCA, said "Cecilia has gone above and beyond." In planning and executing the 5K, Fink barely reaches out for assistance. "She finds all the sponsors, coordinates the shirts, and handles all the other details," Davy said.

How a high school student has the time to sit on a board, make jewelry, and organize events is anyone's guess. "I'm motivated by the people I'm helping," Fink said. "If I can help even a little bit, it makes me work harder."

Organizing her priorities allows her to manage her time. "I make jewelry in the evening only when I have the time," she said.

The Pie Day 5k enjoyed a strong runner and walker support of over 300 participants. While this was down from the prior year, it was better than expected given the uncertainty of the time. Fink had to work among the constraints of COVID-19, organizing socially-distant registration, encouraging mask wearing at the start/finish, and staggering the runners.

Since 2014, Fink has raised over $63,000 for local charitable causes. She had set a goal to raise $50,000 by the time she graduated from high school this June, and extended that goal to $60,000 in January 2020, not knowing a global pandemic was right around the corner in March.

Upon Fink's June graduation from the Williamsport High School where she is currently ranked third in her class of 350, she plans to attend either the University of Pittsburgh or Carnegie Mellon to study psychology, focusing on the field of youth counseling.

Last call for nonprofits to register for Raise the Region 2021

Help celebrate the 75th anniversary of the United Churches of Lycoming